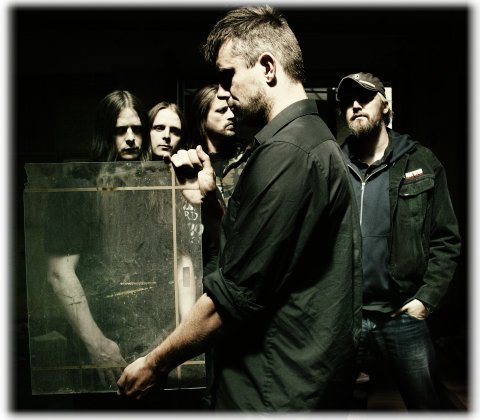 As an early fan of Sweden’s The Haunted, I was deeply disappointed by their seventh studio album, Unseen, released last year. Andy Synn loved the album, though he admitted in his review that it was a true “grower” and not without its flaws. I’m afraid it didn’t grow on me. Though it had its moments, it seemed instead like another milepost in the decline of a once invigorating band.

In a curious turn of events, yesterday The Haunted released a previously unreleased video for the song “99” from their 2004 album, rEVOLVEr, which happens to be the last album from the band I really enjoyed. It’s a montage of live performance clips shot during the summer of 2004 at Stengade in Copenhagen and at the Swedish Rock Festival.

Why was it released only now? Could it be that the band felt the need to remind fans of an earlier time when their music meant more to metalheads than it seems to mean today?  Or maybe that’s just my own prejudice coming through. I do know that it sure as fuck reminded me of why I used to await their albums with eagerness. The song is a headbanger, and the video rocks hard. Be reminded after the jump.

And if you think I’m full of shit either (a) because I liked anything by The Haunted that post-dates Made Me Do It, or (b) because Unseen turned me sour, feel free to leave a comment. Just don’t use the word “shit”, because we frown on bad language here.

2 Responses to “REMEMBERING WHEN THE HAUNTED WERE WORTH A SHIT”