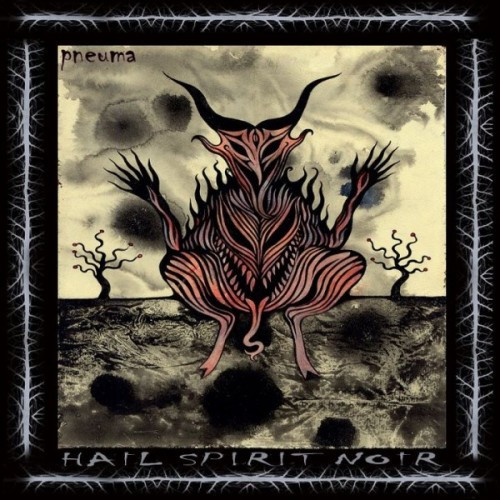 I tend to act on impulse most of the time, but all restraint completely goes up in smoke when I hear music that’s as unusual and original as the debut album by Hail Spirit Noir from Greece. And so it was that after initially intending only to test the waters on Pneuma, I became thoroughly immersed and completely captivated by its idiosyncrasies; all best-laid plans for other NCS projects were shoved aside in favor of this review.

What makes Pneuma so arresting is the brashness with which it combines dramatically disparate styles of music (and instrumental sounds) without completely losing the thread of cohesion. Cohabiting, more or less cooperatively, under a loose framework of black metal aesthetics are everything from 60’s flower-power pop psychedelics to 70’s prog rock to 80’s New Wave dance beats to melodic doom and cool jazz — and let’s not forget about the strings, the mellotron, and the occasional punk chord progressions.

Hail Spirit Noir are not the first band who have combined and juxtaposed elements of black metal with more popular musical styles far outside the genre. I don’t pretend to have made a serious study of the subject, but the first time I can recall hearing anything like this was on Enslaved’s 2008 album, Vertebrae. Perhaps most vividly captured by the opening track “Clouds”, it snapped black metal apart and creatively spliced in elements of psychedelia, prog, and alt-rock, while combining Grutle Kjellson’s harsh rasps and Herbrand Larsen’s clean, clear vocals to good effect.

More recently, Sweden’s Ghost have hit lots of radar screens with a different kind of juxtaposition, combining hook-filled pop-rock melodies and almost exclusively clean tenor vocals with satanic lyricism and just enough fuzzed-out riffage to make you realize (agreeably) that the music really isn’t all that wholesome after all. 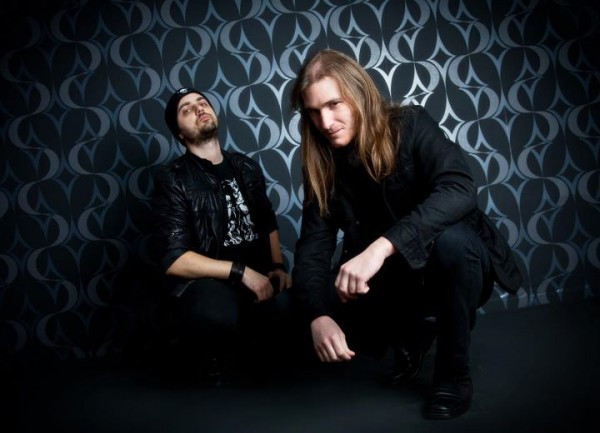 It’s tempting to locate Hail Spirit Noir somewhere along an imaginary continuum between late-stage Enslaved and fresh-from-the-can Ghost. The voices switch between a strangled croak reminiscent of Kjelsson and higher-ranged clean vocals; catchy pop-rock melodies are interwoven with occasional bursts of drum blasting and heavier riffing; and the dark, horror-themed lyrics, like Ghost’s, are definitely not written for mainstream radio play. But other aspects of the music take it off the continuum and place it on a tangent all its own.

Actually, “multiple tangents” would be more accurate, because although the songs are all built around amazing, catchy melodies, they are often quite different from each other — each one strange in its own way.

“Let Your Devil Come Inside” comes perilously close to camp. With a throwback melody that’s hard to forget, the clean vocals sing, “Let your devil come inside / Let your soul fly up to the sky / The golden rod was made for you” . . . and then the strangled croak leaps in, “Kill your mother while you’re still in her womb!” More strings, more ringing guitars, more jazzy bass riffs — but also the tinkling notes of a xylophone and a brief eruption of hammering drums and jabbing riffage.

There’s something about this song that made me think it ought to be sub-titled, “The Seduction and Subversion of the Innocent”, leading Alice down the rabbit hole and then turning her world upside down. 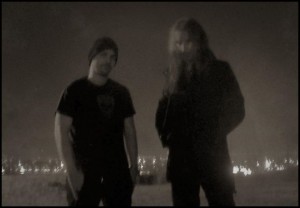 “Against the Curse, We Dream” launches with blast beats and dissonant guitar, but then shifts into a physically compulsive dance rhythm while the vocalist’s harsh growl proclaims the words of the song’s title.

“When All Is Black” is ultimately dramatic in tone, though its beginning sounds like something off of Yellow Submarine. The sound of a mellotron gives the music an eerie aura, which is enhanced by the depressive lyrics. “My past is black, my present black . . . Your days are numbered, you know.”

At more than 13 minutes, “Into the Gates of Time” is probably the best and most ambitious song, yet it suffers a bit from its own excess. It’s really like four distinct songs combined into one. The first part is just beautiful, reminding me of melodic doom with a mix of soaring clean vocals and dark, cracked ones, and it includes more mellotron accents and a riveting guitar solo in the intro.

Following a keyboard bridge that reminded me of Rick Wakeman, the second part starts, and it’s about as close as the album comes to a symphonic black metal romp, with blasting drums and hard-edged riffing. At the end, it integrates itself in a reprise of the song’s first section — and then, following a mellotron interlude, the music fades at the 9:00 mark.

From there until the end is nothing but atmosphere — a low background static and something like the chirp of crickets, reminiscent of the soft sounds of the night. For about one minute, an acoustic guitar comes out of nowhere to deliver a meditative melody, and then it disappears.

I think that long third part could have been compressed into something shorter without losing the contrast the band were obviously seeking as the way to finish this epic. I also think the first part of this song (or even the first two parts) easily could have stood by itself as one of Pneuma‘s stand-out tracks.

And then comes the album’s closer, “Haire Pneuma Skoteino”. It features all sorts of keyboard tones — a concert organ, a Hammond organ, and the mellotron yet again, but at its core it’s a head-bobbing rocker that’s already sitting on my list of candidates for this year’s most infectious extreme metal songs (even though one could argue that it’s not extreme enough). 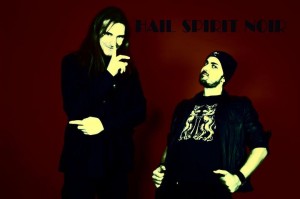 The album was recorded on tape, using mainly analogue gear, and that helps solidify even further the listening sensation that this album has one foot in the music of the 60’s and 70’s (and another in the black metal of the 21st century). The album was mixed by Dim Douvras (Rotting Christ) and mastered by Jens Bogren (Opeth, Katatonia, Amon Amarth).

While aided by session musicians and live sidemen on stage, Hail Spirit Noir is fundamentally a two-man enterprise composed of Haris (synths) and Theoharis (vocals, guitars), both of whom also seem to be partners in an “avant-garde, symphonic combo” called Transcending Bizarre?. Based on Pneuma, I’d say they must have spent a shitload of time listening to music that was recorded when they were children, and before they were born, and then ingeniously stitching together their manifold influences into something that’s both very odd and quite brilliant.

I can’t resist streaming “Haire Pneuma Skoteino” again, even though we did it in an earlier post, but this time I’ll add one more tune.

Pneuma is now available as a download on iTunes and as a CD from the code666 label via this webstore. The striking cover art is by an American painter named Jesse Peper (In Solitude). To learn more about these dudes, how they concocted Pneuma, and the concept behind it, I recommend this interview at the Dutch Lords of Metal site (and the band have got a MySpace page here):

Finally, I owe a big thank-you to the Angry Metal Guy for his early tip about Hail Spirit Noir, which is what led me to track down the whole album. For a second opinion about Pneuma, check out his subsequent full review here.