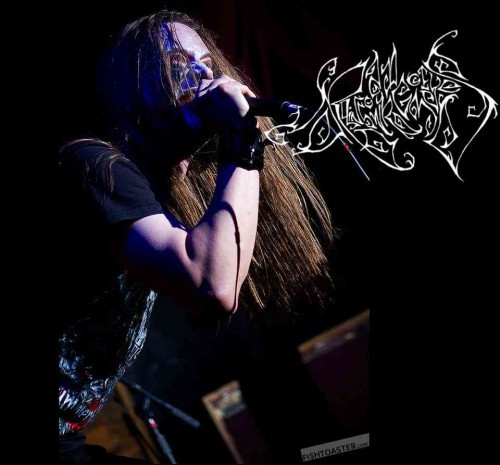 (I give up. Nintendo metal on NCS, thanks to DemiGodRaven.)

That’s right folks, you’re finally getting the chance to read about a project called Rainbowdragoneyes on NCS. For those who aren’t in the know on this project, it is best described by the artist himself as chiptunes + hate. This basically boils down to heavy metal songs done using 8 bit/16 bit synthesizers so that they sound like the backing music to your favorite Nintendo/Sega games.

I picked up on this project with the album The Primordial Booze, which is so goddamn infectious that it is just impossible to deny a listen. I’ve blared it at work on multiple occasions, usually to the amusing response of, “Who’s the asshole screaming over the Nintendo?”. Each of the songs has a powerful melody that is catchy as all get out.

Well, the artist himself has finally put up some updates as to what he’s been doing since his tour of half the US (one of my greater disappointments was that he was unable to hit the west coast), and surprise, surprise it is making a bunch more music.

There was already a goofy little twenty-eight second ditty called “Broke Ya’ll Pipe” and the “Thraashbath” song, which appeared on a Datatrash comp in recent months. If you go a little further back, you have the 111111 EP, which had two tracks. He also covers why his musician page is so quiet, and I think it is awesome that he understands he doesn’t need to bombard us all the time with stupid crap, only occasionally. Here’s what he has to say about the new music.

“I’m working on a new album.

This album is being written in NES format (2A03, VRC7) and it will be a concept piece about The Once and Future King: King Arthur and the legend of The Sword in The Stone. I plan on releasing in a variety of formats, including source files, .nsf and ROM files. As of this writing that is all the information I am at liberty to divulge.”

Of course, that is incredibly limited information, but as awesome as the music has been so far, I can happily sit on my hands and wait for more. Maybe he’ll be able to set up another tour after he wraps that up and can hit up the best coast this time. Or at least Sacramento. Maybe I can just rent a venue and be a one-man crowd.

In the meantime, here’s the album that got me into Rainbowdragoneyes.