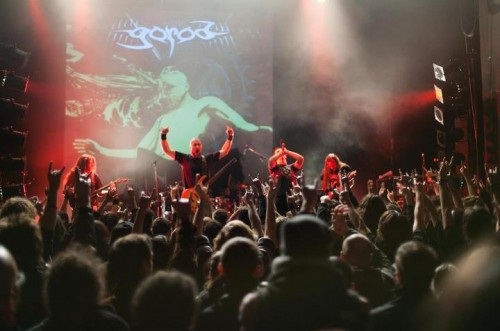 May 8 is the official North American release date for the fantastic new album by Gorod, A Perfect Absolution. Our man groverXIII reviewed that album for NCS here, calling it “the best tech-death album of a year that’s been very, very good for tech-death.”

And because groverXIII is a full-service blogger, he also promptly alerted us to the fact that about an hour ago Gorod released an official video for “The Axe of God”, a song that features Michael Keene of The Faceless on the song’s second guitar solo.

The video is basically performance footage shot from different angles. The song comes close to epitomizing what makes Gorod special in the world of tech death: As grover noted in his review, they have a knack for writing and performing songs that are both amazingly intricate and amazingly catchy, with memorable melodies. Check out “The Axe of God” after the jump.