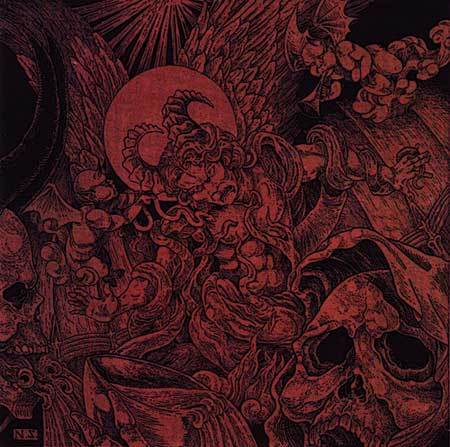 Svartidauði’s name means “Black Death”. That weird letter near the end is an “eth”, with a “th” sound. Between 2006 and 2010 they produced three demos and they contributed a song to a split in January 2012 with a Chilean band called Perdition (the eye-catching artwork for that split is up above), which was released by a German black metal label called the World Terror Committee.  They are now planning for the release of an album under the name Flesh Cathedral, which will be distributed in Europe by Terratvr Possessions and in the U.S. by Daemon Worship Productions. The artwork for that monstrosity is right after the jump. 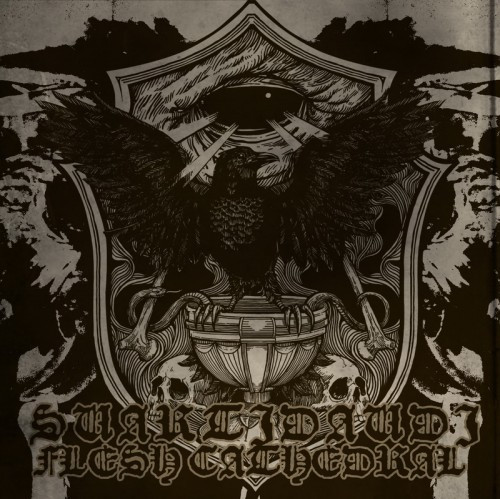 So far, here’s what I’ve heard by Svartidauði:

1. “The Perpetual Nothing” — a song from the new album that was put up for streaming a few days ago and, courtesy of  Terratvr Productions, can be downloaded for free here. It appears to be a re-recording of a track from one of the previous demos.

2. “Flesh Cathedral” — a song from their 2010 demo, Those Who Crawl and Slither. Based on its name, I’m guessing a version of it will also appear on the new album.

I’ll stream all four of these songs below (the last two are combined in a performance video). But first, a few words of preparation: 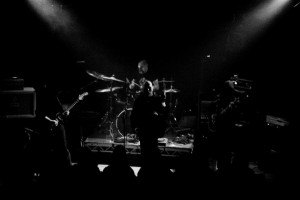 The music is scorching and weighted with black power. It’s a furious red-eyed assault on the senses, the guitars a razor-edged whirlwind of violent noise, and the vocalist roaring like a demon bear whose jugular has just been opened by a serrated blade. The bass and drums are especially riveting to hear. They’re distinctly audible and they’re played with blazing speed and with unusual creativity, especially given the overarching merciless strategy of the music. They’re also bone-cracking in their sonic power.

Creeping in here and there are buzzing lines of black melody that enhance the music’s fascination, and changes in rhythm and speed prevent the songs from becoming an unformed, unrelenting deluge of chaos. I also have to mention the distorted chimes of the guitar in the intro of “Flesh Cathedral”: it’s really fucking cool, and it returns again as the song progresses.

As a soul-wrecking celebration of black death, the music of Svartidauði will drive a spike deep in your skull. I want Flesh Cathedral, and soon. I haven’t seen a release date for it yet. I suspect the best way to find out is to follow Svartidauði on Facebook (here).

“Sepulchral Stones” and “The Temple of Deformation” 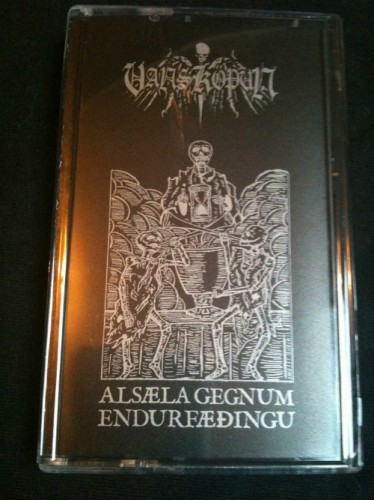 The music creates a suffocating atmosphere of black doom — sludgy, distorted, sometimes ponderous in its pacing, and crafted around bleak melodies. Interestingly, as in the case of Svartidauði, the bass often plays a prominent role in the music, and there’s some interesting black-prog guitar noise to accompany the skittering tremolo melody in the EP’s long second track, which is my favorite. The title track is also quite dynamic, with dramatic changes in pace and intensity and more of that creative guitar dissonance.

This really is a very good EP and puts Vansköpun on the radar as a black metal band to watch. Here’s a stream of the EP: