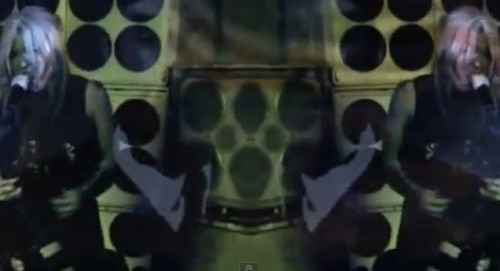 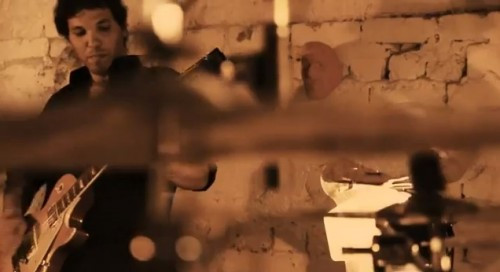 I wasn’t planning to write any more posts for our site today, but then I had one of those synchronicity/serendipity moments that often make me think cosmic forces are trying to send me a message (and I’m not talking about the alien microwave transmissions, because all the foil I’ve used to cover the walls blocks those).

While taking a break from the work I’m supposed to be doing in order to justify my salary, I saw a a link from a friend on Facebook to a Jucifer video I hadn’t seen before. And then soon after that, I got word that Dukatalon had posted another video in their “Zimmer” sessions series. Both videos and both performances exploded my eggshell skull, wadded up the remains, and tossed them into a dimension where happy riff addicts go to smile away the hours.

But in addition to both of them being happily skull-rending, these two videos share another trait: They demonstrate that a massive amount of metal might can be created by (almost) nothing more than one talented guitarist and one talented drummer (and a fuckload of distortion). The fireball shred is icing on the cake.

I’ll wager that those of you who ever have seen a live show by Gazelle Amber Valentine and her husband Edgar Livengood have become Jucifer fans for life. It only took me the one time. Oddly, it spoiled me so bad that I don’t listen to their recordings that much, because they fall so far short of capturing the live experience. It was, with no exceptions I can think of at the moment, the LOUDEST metal show I’ve ever attended, and it was also one of the most riveting/crushing/satisfying shows I’ve seen; at the same time as they’re inflicting a gigaton of sonic trauma, they have a magnetic stage presence that rivets your attention.

This video for a song called “Contempt” from the Throned In Blood album — the one I saw for the first time this afternoon — does a nice job approximating the live experience, right down to the blurred vision. This is best experienced if you amp the volume until thick blood oozes from your ears.

Last month, Jucifer released a new video (much newer than the one I saw this afternoon), but I’ll include it here, too. It’s for a song called “Crossless”, taken from the band’s recently remastered and re-released 1994 EP Nadir. The video was directed by David Hall. It combines footage from a bunch of the band’s gigs and then twists it up with psychedelic effects.

I only discovered this Israeli band three days ago. What hooked me in the gills and drew blood was the first of three planned music videos filmed at a live performance by the band in a venue they’re calling “The Zimmer”. That first video was for a song called “Vagabond”, and I included it in this post. This afternoon I found out that they’ve now released the second video, this one for a song called “Gate of Mind”. I was pretty eager to hear it, given how much I enjoyed the first one.

I think I like this one even better, though it’s a close call. I’m now even more impressed with guitarist Zafrir Tzori — though I was pretty fuckin’ impressed the first time around. Though his playing style is different from Amber Valentine’s (less psychedelic, among other things), like her, he can milk that guitar for a shitload of galvanizing, exploded-transformer riffs with great tone and feel. And in this video — which looks and sounds great — he also pulls the plug on a jet-fueled stream of fiery shred (that’s the cake icing I was talking about).

Drummer Yariv Shilo, like Edgar Livengood, adds significantly to the power and dynamics of the song, as he did on “Vagabond”, without frequent resort to the usual frenetic blasting of most metal drummers. What he adds is a second dimension to the song’s interest. (I don’t mean to put down Roy Ben Samuel’s bass playing — I know it’s there, but in part because of the mix, the star power belongs to those other guys). Here’s the latest “Zimmer session” video:

2 Responses to “THE POWER OF THE RIFF (AND THE SKINS): DUKATALON (again) AND JUCIFER”