I spent last evening in Tacoma witnessing a momentous event in the life of a friend and then celebrating it with her and her family. Had a blast, but between that and day-job shit, I didn’t make much headway on reviews I’ve been trying to write. I did have time to latch on to a few new songs that struck a chord, and they’re in this post. Also, on the way out of Tacoma back to Seattle, I saw something that sent me on a nostalgia trip — more on that at the end of this post. But first, I bring you Hell.

I latched onto this band (or they latched on to me) almost entirely as a result of that eye-catching album cover you see above. It’s for their second full-length release, Black Poison and Shared Wounds, which is out now on Daemon Worship Productions (the same label/distro that’s handling the U.S. release of the new album by Iceland’s Svartidauði that I wrote about two days ago.

Israthoum was originally created in Portugal during the early 90’s, but its members relocated to The Netherlands around 1998. The three current members are, shall we say, devoted followers of The Left Hand Path. All three of them also interchangeably play bass and guitars on the album (one of them also plays the drums), and all three share vocal duties.

Daemon Worship have put two songs from the album on SoundCloud — “The Unravelling Traveller” and “The Presence, The Baying”. The music is scathing — definitely not for the faint of heart. But beneath the surface veil of blasting and rending there lurks an almost avant-garde layer of complexity that reminded me in some ways of Deathspell Omega, and I found the melodies crouching in the dark corners of my head long after the music stopped.

Here are those two songs:

“The Presence, The Baying” 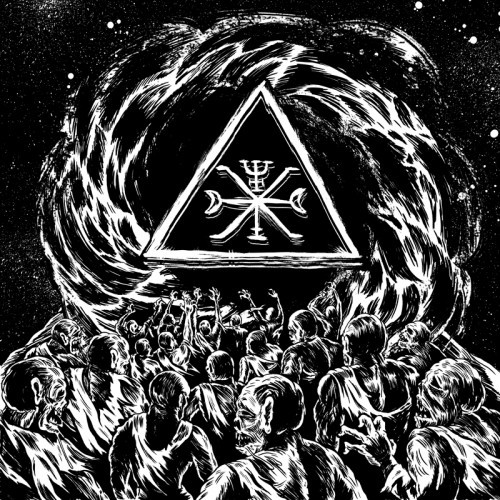 This Milwaukee band is another new discovery for me. Southern Lord plans to release their second album, All Hail the Void, on July 17. It will consist of 12 songs, with a total blasting time of 35 minutes. I had seen their name as part of a Southern Lord national tour scheduled to begin on June 19 in Seattle that will also include Black Breath, Martyrdod, and Burning Love, (plus other bands such as Noothgrush, Pelican, and Wild/Tribe on selected parts of the tour). I decided I ought to find out something about the band and their music in advance of the show in Seattle that starts the tour. 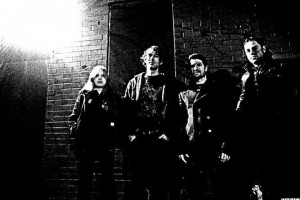 They were founded by guitarist/vocalist Jeff Lohrber, who has also spent time in bands such as Harlots, Trap Them, Today Is the Day, and Shai Hulud. The line-up also includes guitarist Greg Thomas (Misery Signals, Shai Hulud, The Risk Taken), bassist Amanda Daniels, and drummer Andy Hurley (Fallout Boy, The Damned Things, Earth Crisis). With the impressive pedigrees of the band members, I had high expectations for Enabler’s new album.

The band have one song from the album streaming on their Bandcamp page (here), and it’s called “Speechless”. Appropriate name, because that’s how it left me. It’s the kind of song that feels like an injection of jet fuel straight into the blood stream. It includes furious riffing, a blistering pace, caustic vocals, and some sharp hooks. It’s a punk/metal crossover with a layering of crust and d-beat, and man, did it fire me up. Check it out:

More Enabler music is available on Bandcamp via that link I embedded above, and they have a Facebook page at this place. 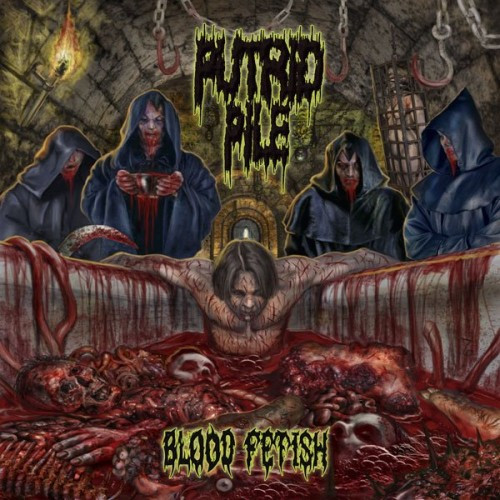 Putrid Pile is Shaun LaCanne from Racine, Wisconsin. He is a one-man band, or more accurately, a one-man slaughtering machine. Aided by a drum machine, he performs live. Aided by the spirits of cannibals, he records music, too. He has a new album (his fourth) called Blood Fetish that’s due for release on June 1 by Sevared Records.

Yesterday, Putrid Pile put up the album’s title track for streaming. The name of the game, as usual, is uber-brutal death metal, played with flying fingers and voiced by a throat clogged with gore. Tasty. 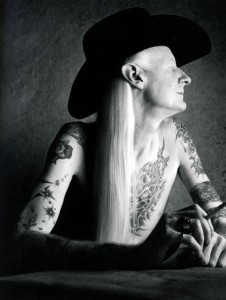 So, as we were making our way out of Tacoma last night for the return trip to Seattle, I saw a marquee on a theater for a July 29 show by Johnny Winter, Edgar Winter, Savoy Brown’s Kim Simmonds, and Rick Derringer.  That sent me on a head trip down memory lane, back to a time when, as a young and stupid, recently displaced Texan away from home for the first time, I hung on to Texas-based music of all stripes as a way to fight homesickness. The music of the Winter brothers was part of that eclectic stash I kept with me to ward off the demons of loneliness.

I can’t remember exactly how or when I dug into Johnny Winter’s music, but I remember that it blew me right away the first time I heard his recordings. He’s got to be one of the best electric blues guitarists ever to come out of Texas (or frankly, to come out of anywhere). He was inducted into the Blues Foundation Hall of Fame in 2003, and Rolling Stone magazine ranked him No. 74 on its list of the 100 Greatest Guitarists of All Time. Because he and his brother Edgar were both born with albinism, they were also freaky cool looking. They looked and played like pale riders straight out of hell.

Anyway, I didn’t even know Johnny Winter was still alive, much less still performing, until I saw that theater marquee last night; he was a heroin addict for years, and lived pretty hard even when he wasn’t. I have no idea whether he can still bring it, but I’m damned sure going to find out when I go back to Tacoma on July 29.

When I got home, I tracked down the following two videos of Johnny performing in his younger days, and his performances blew me away all over again. The first video was shot at a 1974 UK TV appearance, when Winter and his band covered “Jumpin’ Jack Flash”. The second one is of Winter playing “Mean Town Blues” at Woodstock in 1969, when he only had one officially released album to his name. Both of these videos are high quality. Even though I’m really just selfishly indulging my nostalgia, I hope you’ll get something good out of this.

11 Responses to “YOUR MORNING TRIP THROUGH HELL AND BACK: ISRATHOUM, ENABLER, PUTRID PILE, AND JOHNNY WINTER”