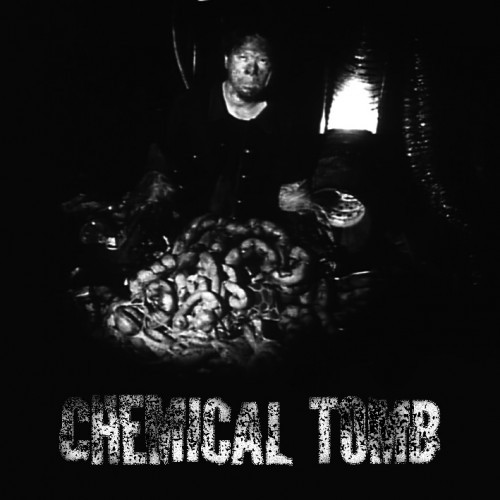 Can you think of any genre label more accurate to the genre it describes? Not even “death metal” carries the visceral weight of “holy-fuck-who-just-shoved-a-chainsaw-in-my-ear” that is imparted by the two syllables of “grindcore.” And when you make like a bath salt abuser (salter? bather?) and start chopping wildly at random appendages and slice off the “core,” you just get “grind”: simple and glorious like unrepentant morning wood, standing ready to fuck everything with violent dissonance.

Which brings us to my early morning discovery today: Chemical Tomb.

This EP, if it’s long enough to be anything more than a single, is all of 5 minutes. Perfect for a quickie before work or, if you put it on a loop, to help you get through a few rounds in a cage match. I think. I’m not actually sure how cage matches work…do they involve whiskey? They should. Everything is better with whiskey.

Anyway. The music. Well, obviously, I’m gonna just put that handy little bandcamp player after this. But maybe you’re at work and you can’t listen to music. So you need words—my words, sweaty with exertion and flush with eagerness to please—to give you an idea of what you’re missing out on.

The music is grindcore of the “get-fucked-up-and-smash-your-face-with-a-brick” variety. The vocalist spends much of the time screaming like an insane howler monkey trying desperately to out-scream the voices in his head telling him to eat his own penis. The rest of the time, he’s on the other side of the dialogue with deep, corpse-waking growls just to let the howler monkey know that no one gets out alive. At least not without eating their own dicks.

The guitars sound like bullet-proof glass being destroyed by a jackhammer: crunchy and shrieking. It’s the kind of guitars that your parents point to when they call the priest or rabbi or imam  to have you exorcized.

And now I’m hungry. Have a listen!