(Here’s the third of our three reviews of L’Enfant Sauvage. For the other two, go here and here.)

Alright, in my pantheon there are three kinds of metal: Fucking brutal, THALL, and Jens Kidman face. 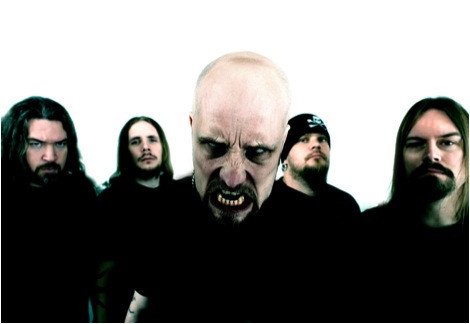 Out of those items, I think it’s safe to say that if the metal in question is so brutal, so warping, and so filthy that it compels your facial muscles to create this expression, it’s the cream of the crop.

Gojira and I have had an odd relationship, in that I’ve never been able to decide whether I like them as a band.  There are aspects of the Gojira sound I’ve always loved: Joe Duplantier’s uninhibited, borderline primal-savagery vocal style, their sense of dissonance, and their dedication to writing some of the most crushing and mangled riffage known to man (“Ocean Planet” anyone?). 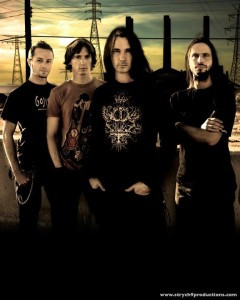 However, when they created songs such as many of the tracks on The Way of All Flesh — diving into what I thought was pretentious experimentalism and a focus on melody (which resulted in the music losing its balls, as I heard it), the band derailed itself.  TWOAF is a highly praised album in modern metal circles, but it wasn’t the Gojira I liked, and it may even have been solely responsible for my embitterment toward the band in recent years.

The album still included songs, such as “Toxic Garbage Island”, that spoke of the band who created the heaviest matter in the universe, but not enough of that was to be found on TWOAF.  I found the album to be so overhyped, so praised without persuasive justification that it even kind of soured me on their previous work, which I had enjoyed.

So here I am, confronting my own prejudice and embitterment while taking in Gojira’s new opus L’Enfant Sauvage.

It would seem Gojira realized the mistake they made on the last album, because the experimentation has been dialed back.  And while the band have retained melodic aspects of TWOAF, it is nicely counterbalanced, with a fittingly even distribution, by the trademark Gojira dissonance and atonality that earned this band their recognition in the first place.

I don’t care if you want to be melodic all day long, so long as you have the brutality and the intensity to back it up.  Gojira not only kick my ass on L’Enfant when they’re throwing down, but I also feel as if I’m being pummeled even by sections that are meant to be ear-pleasing.  When a band can be melodic and still make me feel like I’m the victim of Spetznaz training, then they’ve cemented themselves in the ranks of those I respect and envy for their composition skill.

Just the opener “Explosia” alone is fucking… just… devastating.  Its opening riff, full of harmonic scrapes, angular chords, and the trademark Gojira guitar tone (like getting crushed by a whale in audio) would have been enough, but the song also brings forth a groove that’s a rhythmic jackhammer to the jugular.  The song’s main riff is simple, yet staggeringly effective, with its use of palm-muting and harmonics to create a disorienting chaos.  This is undoubtedly one of the most brutal songs Gojira have ever written.

The song’s structure is also interesting.  Its first half is a dissonant anvil dropped from a skyscraper, but its latter half, signaled by a significant tempo shift, goes completely melodic, with an outro in the form of a very waltz-y rhythm that brings to mind sailing on a rocking ship as storm-provoked waves batter its hull.  It has a doomy feel, bringing to my mind those nautical doom metallers Ahab. 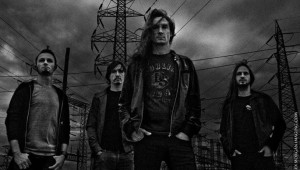 “L’Enfant Sauvage”, the album’s first single, opens with an explosive groove that really harkens back more to the early 90’s groove metal scene than anything.  Something about this song really hits me in a Machine Head “Burn My Eyes” way.  The song relies on a tried and true 90’s gimmick of soft verse/brutal chorus, but it’s joltingly effective here.  Laid-back chugging underneath a subdued lead builds up nicely to the song’s cacophonous main riff.  The song’s bridge is also killer, full of nasty, spidery chords and those signature Gojira harmonic scrapes, along with some brutal-ass, double-bass-surged tremolo picking.

“The Axe” is a profound, trudging behemoth of a song.  It’s one of the few purely melodic tracks on the album, but that doesn’t stop it from being messy in the best way.  The song’s verse riff plods along with the use of heavily palm-muted chords that are melodic, yet have just enough melodic displacement to make room for dissonance under Joe Duplantier and Christian Andreu’s bludgeoning pick hands.  The whole song is an elongated, sublimely hypnotizing affair.

“Liquid Fire” crashes through the gates with the bombastic drone of an angular, atonal chord, only to break into almost exactly the same main groove as the album’s title track (with a few derivations).  Whether this was intentional or not, I’m unsure, but it’s definitely just as awesome.  The song’s verse is completely different though, going all balls-to-the-wall, with no moments of contrast.  Joe Duplantier delivers something like melodic howling here, with the song’s chorus featuring odd but tasty, robotic-sounding clean vocals.

“The Wild Healer” is an interesting melodic instrumental that has an extremely strange, almost jolly mood to it.  Which is funny, considering that it essentially intros one of the album’s heaviest songs, “Planned Obsolescence”.

Jaws will be immediately broken by the assault of mangled riffs, volcanic blast-beats, and (soon after) Duplantier’s vocal venom. The song’s mid-section, however, takes an interesting turn.  It becomes doomy, and Southern, and badass.  It all comes back around to the monstrous intro and verse to end things, with a synth outro that is very quiet, very tranquil.  It effectively sets up the next track “Mouth of Kala”, a song that switches between a verse that is a titanic groove cannon and a chorus that once again brings doom heft into the mix. 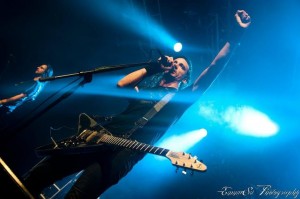 “The Gift of Guilt” is one of the album’s strongest tracks.  It starts with a catchy, soft tapping line and carries itself into a distorted form, but that all changes with the song’s crash-test-dummy-wrecking verse riff.  The bridge riff is also quite cool.  It’s a basic groove, but the intensity and force with which Gojira deliver the blow is impossible to resist.

My favorite song, however, is also the most unorthodox on the album.  “Pain Is A Master” is definitely an oddball.  It begins and carries itself a good distance utilizing a Middle Eastern sounding clean theme, which just drones on until the song launches into riffs that have a very Vildhjarta-like dissonance, with drummer Mario Duplantier just beating the ever-living fuck out of his kit.  There isn’t much in the way of lyrics in the song either, which makes it an interesting experience for its five-minute length.  It only hits hard with the brutality for about two minutes, finishing with an extremely prolonged jam on the song’s intro, but with distorted guitars this time.

“Born in Winter” begins with tranquil drum work and interesting tapped acoustic lines, which don’t at all prepare you for the song’s chorus — which is full of bombast and hits like a freight train.  The pace of the song is slow, steady, and profound.

The album’s closing track, “The Fall”, doesn’t fuck around.  It’s a straight-up, brutal as fuck, weight of the world on your shoulders, doom song, done Gojira style.  I don’t know if any further description is needed.  Just imagine Gojira doing a full-on doom metal song, and you should have it.

The album’s mix, of course, is fucking stellar — something Gojira have always managed.  It’s ambient, massive, and crushing all at once.  It has an expansive quality as well; when Gojira slow down, it feels as if the sound is opening up. Yet when they hit the tighter, faster sections of their music, everything comes together, compact and precise.

The performances, of course, are also stellar.  Regardless of how I’ve ever felt about Gojira in the past, there is no denying that these guys as musicians know their shit and are masters of their niche.  This is probably the most comfortable I’ve heard Gojira perform; an unflinching confidence permeates everything.

Gojira have officially won me back into their legion.  The way I see it, if L’Enfant Sauvage can completely finalize and confirm the good opinion of someone who had straddled the fence about the quality of their music, surely it testifies that this is a stellar album in the band’s catalogue.

All in all?  Buy this fucker.  They need the money.  You need the music.

EDITOR’S NOTE: L’Enfant Sauvage was released yesterday by Roadrunner Records, and you can still hear the full-album stream via this link.

And now that our third review of the album is up, perhaps a word of explanation is in order. Many web sites and music publications see the sense in assigning reviews to their writers. Being senseless, we don’t do that. Here, each contributor writes about whatever inspires him, and so sometimes multiple people choose to review the same album. Three of us were inspired by L’Enfant Sauvage, and none of us saw the reviews of the other two before completing our own.

We hope you found all three worth your time.

7 Responses to “GOJIRA: “L’ENFANT SAUVAGE” (A Review By TheMadIsraeli)”