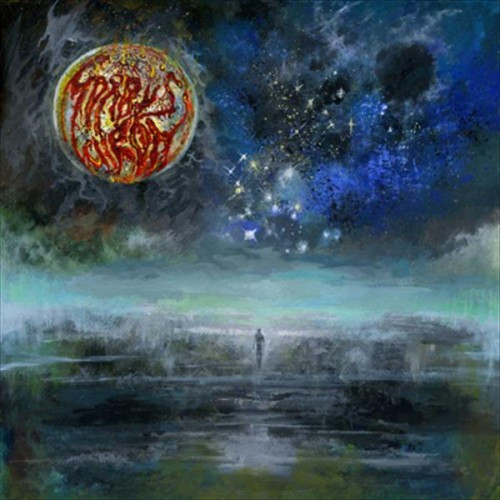 In this post are two new tracks I came across at different times this week that I thought were worth sharing, and now is as good a time as any.

I never got around to reviewing this Swedish band’s 2011 debut album, Sleepers In the Rift, but I sure as hell did enjoy it. It was a real throw-back, as in throwing all the way back to Autopsy’s first couple of albums. It had a genuine air of authenticity, and the songs were really varied and just a whole helluva lot of fun to hear.

In March of this year, Century Media announced they had signed Morbus Chron, with plans to release a second full-length in 2013. To tide fans over until then, Morbus Chron recorded a three-song EP — A Saunter Through the Shroud — that Century Media will be releasing in limited numbers on July 23 as a 10″ vinyl. The cover art is above. For now, it appears the EP can only be obtained by pre-order from the European site for CM Distro here.

Earlier this week, the German Rockhard magazine web site (here) premiered a song from the EP called “Channeling the Numinous”. It begins with an attention-grabbing drum roll and a blast of chainsaw grinding and then it falls off a cliff into a pit of slowly boiling gore, spiced with death-prog guitar leads, ghastly mid-range vocals, and a head-whipping solo. Awesome song. Give it a spin after the jump. 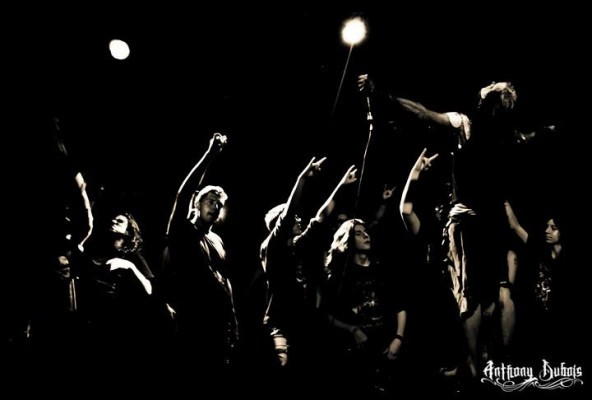 I discovered this impressive Montreal band (named for the Sumerian word for “army”) in January 2011 and reviewed their debut album Irkalla here. I had lost track of what they’ve been up to until yesterday, when they released a new song (and I think it’s the first one since Irkalla) by the name of “Ascetic”. “Ascetic” appears to be one of the tracks that Erimha have recorded for their second album, which should be released later this year, and the band are offering it for free download.

It’s a killer song. The production gives it a truly massive sound, with a rhythm section that sounds like an earthquake happening right below your feet. The riffing inflicts a hard, slamming assault, while keyboards lend the song an epic air, and Gore’s bestial vocals are just as wonderfully varied as they were on Irkalla. It puts me in mind of a fusion of Dimmu Borgir and Behemoth. Here it is:

3 Responses to “SATURDAY SINGLES FROM MORBUS CHRON AND ERIMHA”