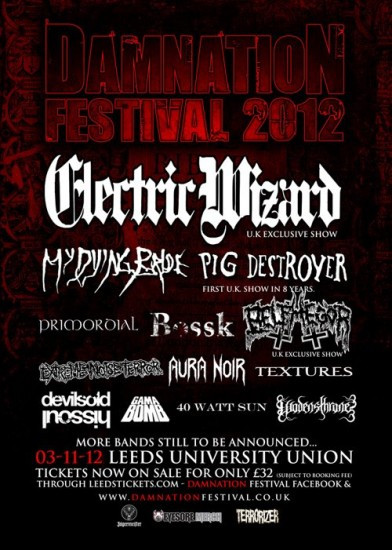 Here are some things I saw while having my morning coffee. Wonder what the rest of the day will bring?

This thing is scheduled to go off in Leeds (UK) on November 3.  Festival organizers had previously announced some of the bands, but a group of new eye-catching names were revealed today — and this list still isn’t finished. But as it now stands, this festival looks amazing, and talk about diversity!  Electric Wizard, My Dying Bride, Pig Destroyer (in their first UK show in 8 years), Primordial, Bossk, Belphegor, Extreme Noise Terror, Aura Noir, Textures, Devil Sold His Soul, Gama Bomb, 40 Watt Sun, and Wodensthrone.

For you lucky fuckers who are able to be in Leeds on November 3, go here for more info.

Napalm Records has compiled a free sampler of music from their stable of artists. For my tastes, it’s a mixed bag, but it includes some winners as well as some bands whose music I’ve never heard, and therefore it offers some intrigue. Also, it’s free. To see the list and find out how to get the sampler, go past the jump.

Here’s the list.  In some cases, there are two songs listed on each line (which I failed to notice the first time I glanced at this): 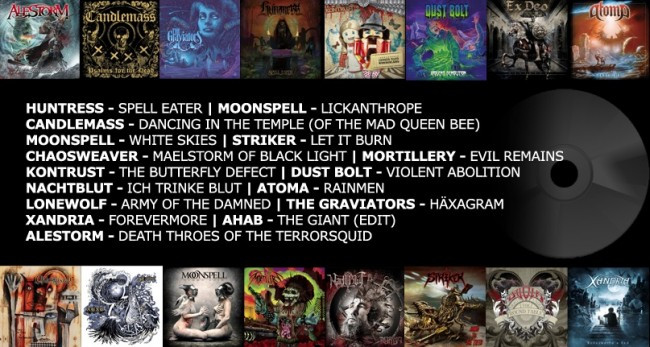 I’m including this next piece of news because, as you know, I’m a sucker for cool album art, and I think this one is cool: 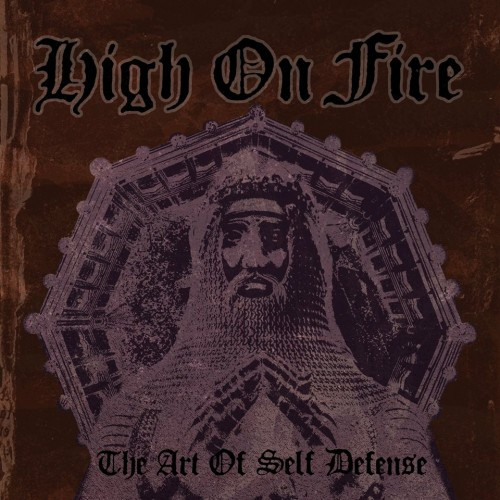 The Art of Self Defense was High On Fire’s debut album, released by Man’s Ruin Records back in 2000. Today Southern Lord announced that on July 31 they will be re-issuing the album on CD and in a double LP vinyl edition, with new cover art that’s a revision of the album’s original.

The music has been remastered and the new release will include band’s first three-song demo from 1999, two bonus 7” tracks from 2001 (“Steel Shoe” and a cover of Celtic Frost’s “The Usurper”), and a 48-page booklet. Pre-orders will be accepted here later today.

I’m mentioning this not only because I think the cover art is cool, but also because I’m finally getting more interested in High On Fire after years of having a “they’re okay, I guess” attitude, mainly because of their 2012 album, De Vermis Mysteriis, which for some reason finally connected with me (or rather, me with it).

And in other Matt Pike-related news, Southern Lord is also releasing an LP version of Dopesmoker, the tremendously influential album by Sleep, which SL reissued as a remastered CD in May. 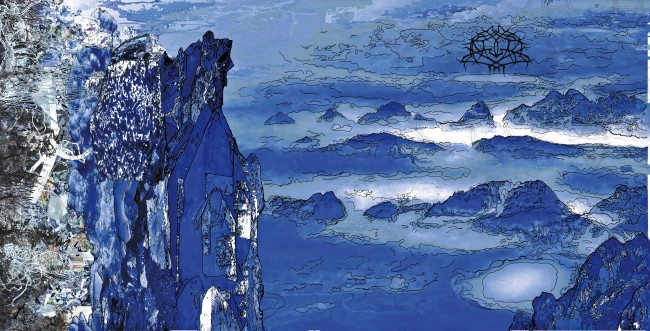 I saw this on Krallice’s Facebook page: “We have finished our fourth album, Years Past Matter and will self-release CD and digital formats in late August.”

I had no idea this was coming. Very exciting news.