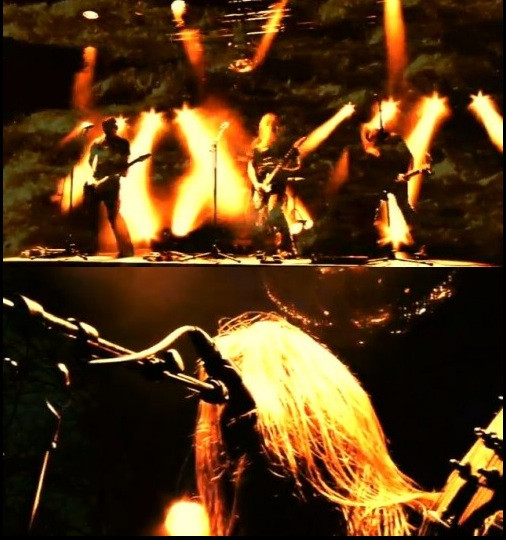 I find it occasionally amusing and more often annoying to see how often male metal fanboys and even metal bloggers describe their enthusiasm for music by referring in graphic (but presumably figurative) terms to having explosive orgasms. I took a personal vow that I would never resort to anything so stupid and juvenile in my writing for NCS. And then this morning I saw Zatokrev’s official music video for a new song called “Goddamn Lights”.

I also took a personal vow that I would try to hold my use of the term “epic” to a bare minimum (having failed in my vow never to use the word at all). But “Goddamn Lights” is just fucking epic — not only to hear, but also to watch. It’s a hybrid of Agalloch-ian melodic black metal and dramatic progressive metal, with undertones of stoner metal and psychedelic rock. It’s a guaranteed headbang trigger. It’s both scarifying and beautiful. It gets this work week off to an awesome start.

And the video is beautifully made (credit to Lionel Weitnauer for the awesomeness), the band drenched in hot colors, with the shadows filled by images of nature. 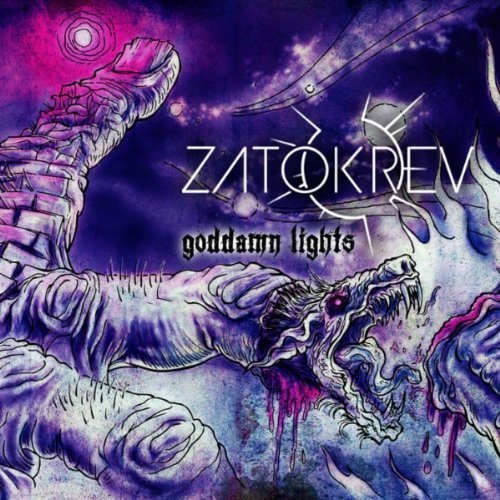 I posted about this Swiss band in April (here) when I found out they’d been signed by Candlelight Records and then again at the beginning of June when “Goddamn Lights” first began streaming on SoundCloud (and there’s an awesome live video in that post, too). As of today, not only do we have this killer video, at least those of you in the UK can download the song as a single from Amazon UK here. (And where’s the love for us North Americans?).

The album is The Bat, The Wheel, And A Long Road To Nowhere. It will be released on August 13 and can be pre-ordered here, for now.

P.S. Why don’t the ladies talk about their orgasms when gushing over metal? Now THAT would not be stupid or juvenile.