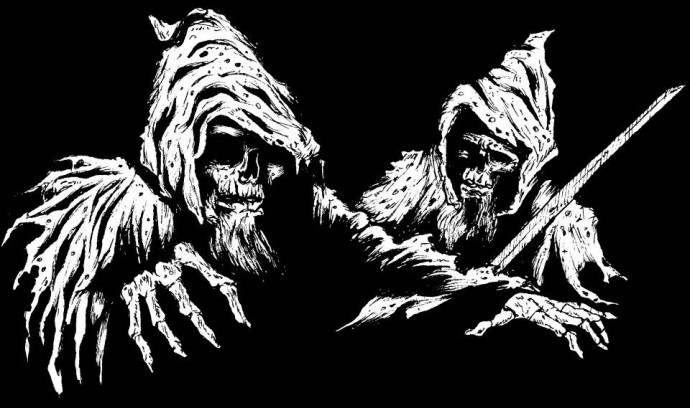 (Artwork by Sandro of Undead Creep.)

Not long after I posted that new Gojira video earlier today, I found three more new videos that I thought were worth sharing with our readers. The bands are: Hooded Menace (Finland), Down (US-NOLA), and Red Eleven (Finland).

I’ve been writing a lot about this Finnish group’s new album, Effigies Of Evil, which is out now on Relapse. Of course, the one thing I haven’t yet written is a review, though I haven’t given up hope that I’ll find time to explain in more detail why I think this album is so titanic.

The latest from Hooded Menace is a music video premiered today by Metal Injection for “Crumbling Insanity”. The video was directed by Justin Oakley for Burial Offerings (Ulver). It intersperses footage of the band performing with images of such things as crucifixion, impalement, murder, and the collapse of churches. The song well-represents the talent of Hooded Menace for blending necrotic melodies, hard-charging death metal riffs, and the suffocating weight of funereal doom into a potent brew. Here’s the video: 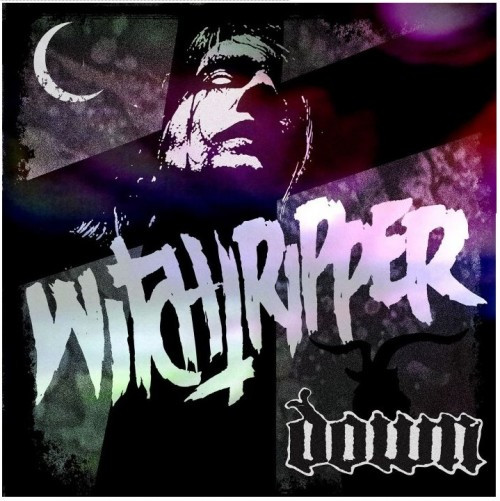 Last week, Down released a six-song EP entitled Down IV Part 1: The Purple. It’s the first in a series of four planned EP’s planned, and it’s the band’s first studio release since 2007’s Down III: Over the Under. In late summer, Down released a song from the EP called “Witchtripper” as a single, and today they premiered an official video for the track.

I’ve been digging this infectious song’s fat riffs and evil vibe since the single was first released, and Phil Anselmo’s vocals are killer. The video stars the members of the band in a tale of occult, backwoods incantation. Fun to watch, as it is to hear. 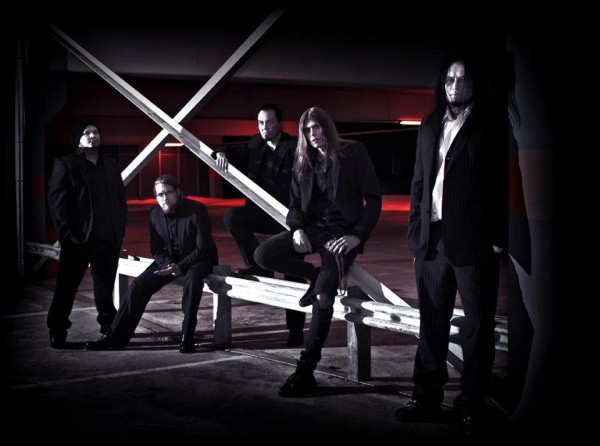 In late August, I came across a new Finnish band named Red Eleven, who had released a single Inverse Records, by the name of “Stuck On This Feeling Of Feeling Nothing” (which is available on iTunes and Amazon), and I included the title track in an NCS post.

A few days ago I got an e-mail from fireangel at the Night Elves blog (who keeps her fingers pressed closely to the pulse of Finnish metal) informing me that the single’s title track had been turned into an official music video, directed by Anssi Korhonen and produced by Jester Films.

She also educated me about who is in this band. Turns out that it includes members of other Finnish bands we’ve praised here at NCS: vocalist Tony Kaikkonen and drummer Pasi Pasanen (ex-Swallow the Sun), who are also in Bone 5 and Sons of Aeon, and guitarist J-V Hintikka from Survivors Zero, in addition to guitarist Teemu Liekkala (Code for Silence, Beyond the Dream) and bass-player Petteri Vaalimaa (Turta, Kosma).

You can’t argue with the quality of “Stuck On This Feeling Of Feeling Nothing” as a song title, and the song itself rocks so damned hard. The riffs and rhythms are undeniably catchy, the sound is massive, and Tony Kaikkonen has a great voice for this kind of swampy stoner jam. Given the obvious influences of Down, it seemed fitting to include the video in this particular post.

Red Eleven have recorded a debut album and are hunting for a label. I sure hope they find one soon, because I’d love to hear more of what they do.

3 Responses to “NEW VIDEOS: HOODED MENACE, DOWN, AND RED ELEVEN”