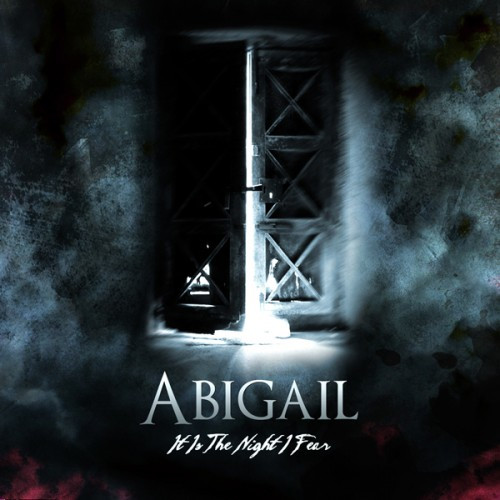 On the same day last week I came across both of these very good Romanian bands.  The last time I came across a Romanian band that was new to me was in June (Void Forger), so to find two on the same day was like a message from some dark entity compelling me to write something. Actually, I’m pretty sure it was just a coincidence, but I’d rather be safe than sorry.

I have a post by MaxR at Metal Bandcamp to thank for my discovery of Abigail. As you’ll have realized by now, this is not the Japanese black/thrash band named Abigail. This group is based in Bucharest, though they’ve been around as long as those Japanese stalwarts, with their first demo dating back to 1994.

Despite their longevity, they have yet to release a full album, instead producing demos and EPs — though they are now at work on a projected 3-CD + DVD album entitled Dark Days Turned Into Blue Nights. What I heard was the band’s most recent release, an October 2011 EP named It Is the Night I Fear, which is available for free on Bandcamp. A review of that EP is next . . . 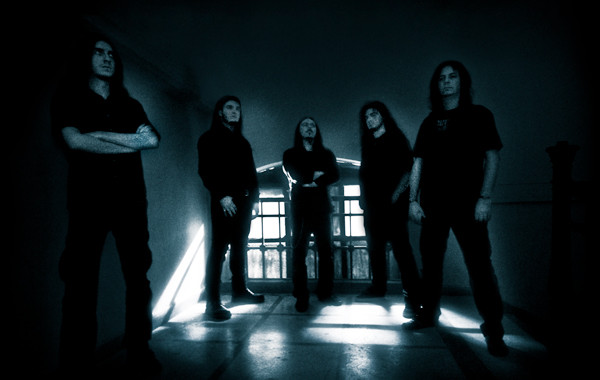 Yesterday, we reviewed the brilliant new album by Daylight Dies. Abigail’s four-song EP reminds me in the best way of that North Carolina band — though Abigail may be even heavier. They combine huge, slow, groaning bass and rhythm guitar chords and decimating percussion with ringing guitar melodies that rise like a winged phoenix out the doomed wreckage that weighs down the music’s low end.

It’s music that’s emotionally powerful, even searing, the sounds of collapse and rebirth. Often, you’ll feel like you’re in the grip of a ravaging catastrophe, drowning in a flood of double-bass and assaulting riffs or groaning guitar chords that convey feelings of pain and resignation. And at other times you’ll be swept away by haunting, melancholy guitar melodies or astral keyboard ambience.

Save for the brief appearance of appealing clean vocals in the final track (“Mirror / Room Without Windows”), the vocals are gruesome, harsh, and cavern deep. The EP’s vivid, sharp-edged production enhances the music’s power.

If you’re a fan of doom/death or doom-influenced melodic death metal, this is an EP you need to hear. And I’ll repeat: it’s free at Bandcamp. We’ll be watching closely for the full-length that Abigail have in the works. 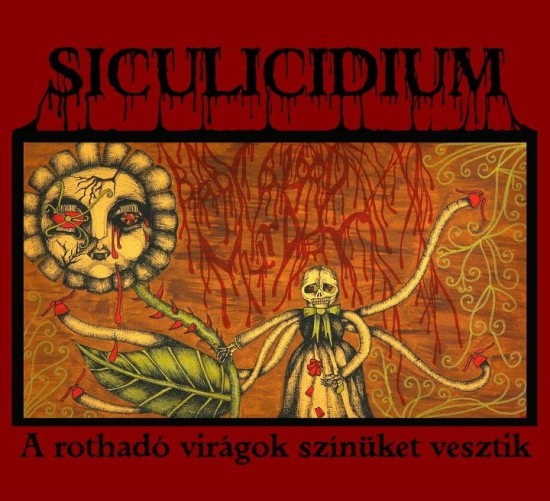 I found this band via a link on our Facebook page by Sun & Moon Records. They brand their music as Transylvanian Black Metal, and their name appears to refer to a massacre of ethnic Hungarians from Transylvania by the Austrian empire in the 1700’s (at least according to this article at The Font of All Human Knowledge).

They released a debut album in 2009 and their most recent effort is a 2012 EP by the name of A rothadó virágok szinüket vesztik. Google Translate gave me nothing when I tried to convert the title from Romanian, but helpfully suggested that I use Hungarian-to-English conversion, and that gave me, “the rotting flowers lose their color”.

The EP includes seven tracks, but I’ve been unable to locate a digital version of the EP for listening. I did find, thanks to the Sun & Moon link, a YouTube music video for a track from the EP titled “Holnap majd felgyújtom az erdőt” (“I will burn the forest tomorrow”) and a second one for “Zuhanás (Falling)”. 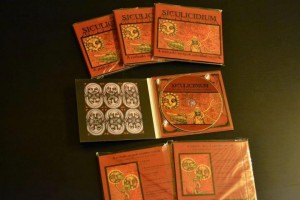 The music video for “Holnap majd felgyújtom az erdőt” is a splicing together of creepy clips from silent-movies, and it’s cool to watch. The song is just as interesting, a jolting romp of evil, Darkthrone-ish black ‘n’ roll that gives good headbang and also includes a sharply contrasting instrumental interlude. The croaking, cackling vocals may take some getting used to, but I liked ’em.

“Zuhanás” thunders like a massive bank of black clouds, those rock ‘n’ roll rhythms and the near-industrial low-end hammering enveloped in a blazing wall of rancid guitar noise, with a seductive little melody percolating through all the savage pounding. It will also trigger the headbang reflex.

I definitely have to track down this EP because I’m sold on these two songs.

8 Responses to “METAL FROM ROMANIA: ABIGAIL AND SICULICIDIUM”