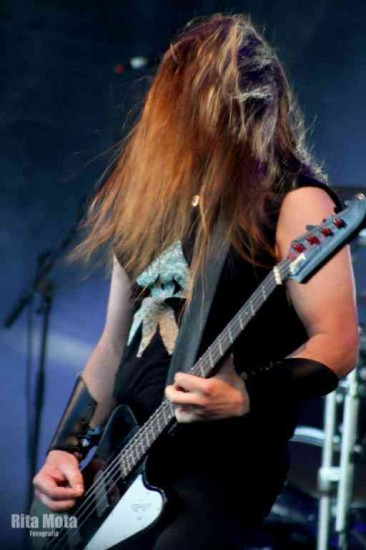 Okay, I fuckin’ give up. I wasn’t bullshitting when I wrote in today’s first post that I was having to get on an airplane again. I also wasn’t bullshitting when I said that airports and airplanes make me cranky. That may seem spoiled, since lots of people have never see the inside of an airplane, or only rarely. But it’s just a fact: I have to fly a lot for my fuckin’ day job, and it’s not a thrill.

I do it so much that whenever I’m on a jet with wi-fi, I pay the freight for that, mainly so I can still pay attention to what’s happening in metal and keep NCS current. Which is what I did today. Only problem is that this is a long flight that passes over a whole lotta fuckin’ nothing, and the wi-fi is (a) intermittent, (b) slow, and (c) really fuckin’ slow. Which means it’s good enough that I can read things but not good enough for me to stream audio or video without constant stops and freezes.

I’ve been trying for the last hour to watch three brand new videos, with no luck. The flight has been really turbulent, too, and I feel like I’m gonna barf at any moment.

So I’m just going to assume these videos are good. Also, as you’ll see, there are reasons to believe they ARE good. But I’m mainly just takin’ that on faith and putting them on the site, sight unseen. Hope you like them. The music is from Enslaved, The Fat Dukes of Fuck, Castle, and Death Grips.

Also, I wanted to alert you to the fact that Wintersun’s forthcoming album Time I, is streaming in full HERE (thank you Fersas).

Enslaved’s new album RIITIIR is out now on Nuclear Blast. We reviewed it here. The perplexingly awesome Scion A/V has financed a video for one of the songs on RIITIIR, “Thoughts Like Hammers “. It was directed by Jerome Siegelaer, who stated, “In few words, the concept is that thoughts are liquid, hammers are stone, but they erode each other and merge. The scaling of subjects matters, in shape, size and time. All is supporting the flow of concept, and it ends into eternal vastness.”

I expect this will be really good, because Scion A/V has been firing on all cylinders lately, and because it’s Enslaved.

THE FAT DUKES OF FUCK

I’ve been meaning to write about The Fat Dukes of Fuck for weeks. They’re from Las Vegas. In late September they released a debut album named Honey From the Lips of An Angel. It includes such tracks as “The Mighty Bulge”, “Sorry About Your Dick”, “Oral Agenda”, “Step Aside and Let That Fucker Dance”, and “I Killed A Small Child”. In other words, it’s a serious work of ambient drone.

Nah, not really. It rocks the fuck out (to read a nice review of this nastiness, I’d recommend you check out this one from our blog brother Valley of Steel). And you can probably already tell from the song titles why I was initially drawn to the music. 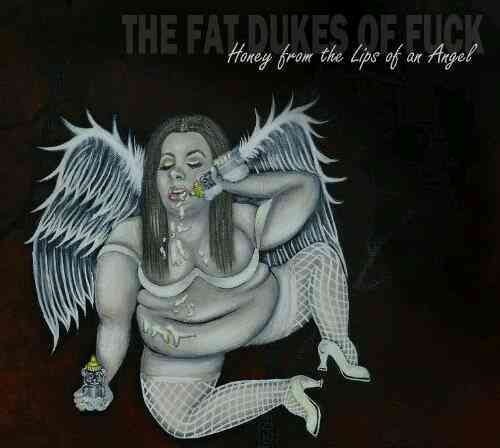 I’m getting hard just thinkin’ about that.

Today, they debuted a music video for a song called “Storm Below the Mountain”. It was directed by Jaan Silmberg of Pistoltrixx. You’ll have to tell me if it’s good.

If you don’t know about Death Grips, then you haven’t been reading this blog for very long, because we’ve been pimping them  pretty hard. Seems like only yesterday that we featured their last video here. But today, we got something new.

The video was created by director and animator Galen Pehrson. The animation was hand-drawn and then digitally colored. Death Grips provided the soundtrack. This is called “True Vulture”. It was created for the Museum of Contemporary Art, Los Angeles. Looks like it should be cool.

And there you have it for this post. I welcome your comments, because even though I can’t watch these videos, I can read up here at 39,000 feet, as long as I don’t barf on my laptop.