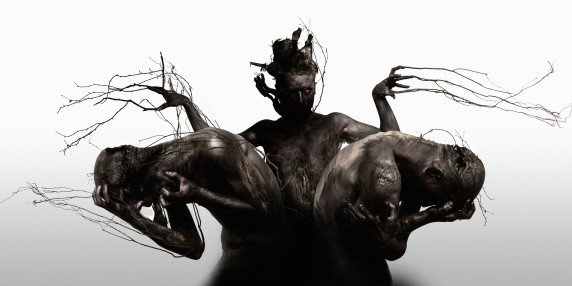 I saw that brilliant piece of artwork at DECIBEL’s on-line site this morning. It’s associated with the third installment in the 777 trilogy of albums by Blut Aus Nord, which is entitled Cosmosophy. DECIBEL began a full-album stream of Cosmosophy today, and the album stream is embeddable, so here it is. It’s quite different from the first two albums in the trilogy, but I’m quite taken with it. 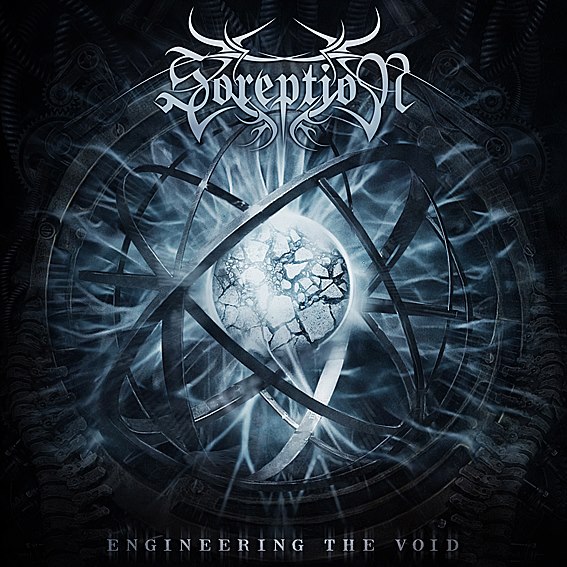 It’s been a long wait for a new album by this striking Swedish band. I reviewed their debut album Deterioration of Minds (here) in April 2010, for fuck’s sake. But my heart soars like a hawk today, because I saw that they’ve now finished recording their second album Engineering the Void and that it will be released in early 2013 by Ninetone Records.

I also saw the wonderful cover art (above), which was created by Raphael Gabrio of Insane Visions. Time to start getting stoked for the music. (And in other Soreption news, they’re apparently at work on a music video for a song from the first album.) 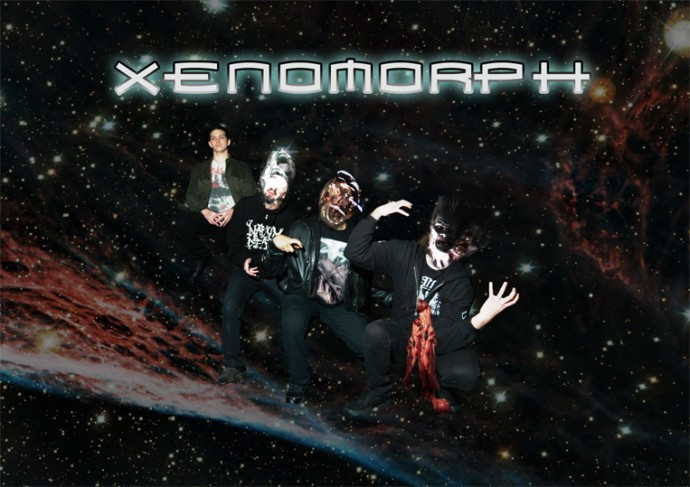 groverXIII introduced us to these Vancouver-based tech-death beasts early in 2012 via this post, when the subject was their debut concept album Galactic Oppression — which is still streamable and downloadable via Bandcamp.

Late yesterday I discovered in my e-mail in-box some welcome news from Xenocide: Today they’re releasing a brand new single named “Xenomorph” for free download on Bandcamp. I got the chance to hear it last night, and man, it’s really good. I checked this morning, and it’s now up on Bandcamp as a “pay what you want” download. Go HERE To get that shit. Here’s the song: 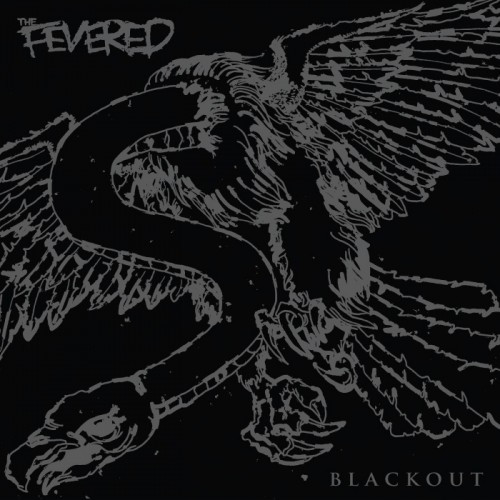 The Fevered are a band from Brisbane, Australia who I discovered through one of our MISCELLANY experiments in December 2010. Back then, I described their music as “a solid offering of melodic death-thrash . . . fast-paced, with catchy (if not spectacular) riffing, nice guitar solos, and terrific, low-end death-vocals that give the music a gory edge.”

The Fevered have now recorded a new EP called Blackout that will be self-released for digital download on October 26. It was mixed by Brad Boatright at Audiosiege (Off!, High On Fire, Sleep, From Ashes Rise) and mastered by Dan Randall at Mammoth Sound (Municipal Waste, Toxic Holocaust, Ghoul, Ash Borer).

Today I saw a new music video for one of the Blackout tracks, “Consequence”, and I found another track streaming on Bandcamp.

Something has happened to these dudes since the last time I checked out their music. My previous description bears no relationship to what these two tracks deliver. And what they deliver is a thoroughly ass-busting combo of hardcore, grind, and crust that’s heavy as fuck and makes me want to bust shit up. Gone, too, are those low-end death metal vocals. Instead, we get a scalding spray of screaming acid. I like what I’m hearing: