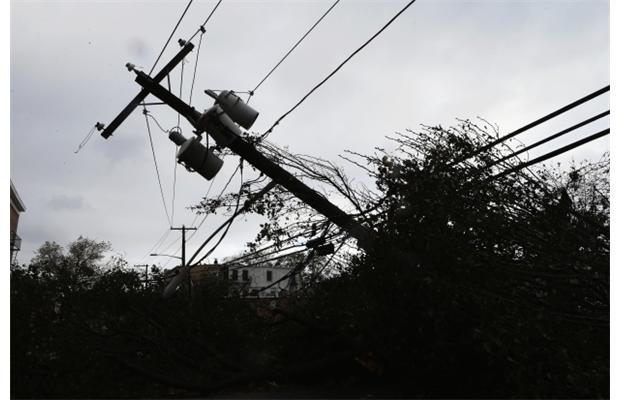 I stayed home from work yesterday. I picked a bad day to do that. Yesterday afternoon we lost power on our island due to a really nasty day-long storm that raged through the Puget Sound area. We got the generator going, but the DSL service in our area went down at the same time the power did, and it didn’t come back before I went to bed. This morning, the power and the DSL were both back.

The experience vividly demonstrated how obsessive I’ve become about this fucking blog. Being disconnected from the internet for about 12 hours prevented me from keeping up with what was happening in the world of metal. I experienced feelings of anxiety and intense frustration. I didn’t know what to do with myself.

It got so bad that I drove in the darkness  through the driving wind and rain to the ferry terminal, where the power was on and an internet connection was available. I sat there for about 30 minutes, getting this morning’s first post ready to appear automatically and doing a bit of web surfing, and then decided I shouldn’t leave my wife alone in our powerless house any longer and went home. Fucking sick, that’s what I am. I need help of some kind.

This morning I spent hours catching up on what I missed while the net connection was down. I found dozens of interesting-looking things. Even after winnowing out the ones that turned out to be less interesting than they first appeared to be, I still have more shit to share than would manageably fit in one post, so I’m dividing them into three posts, of which this is the first. I’m going to cover the new music and videos in alphabetical order.

But before diving in, here’s one piece of breaking news: Year-end listmania is almost upon us, and it begins with DECIBEL magazine selecting All We Love We Leave Behind by Converge as its Album of the Year. Here’s the proof, as it appeared on the Converge Facebook page: 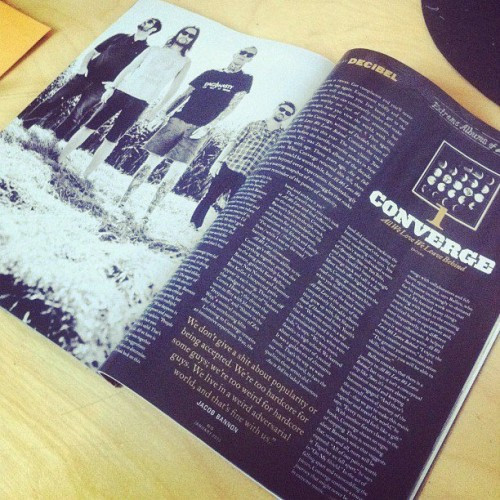 I really liked this album (as I explained in this impromptu review). I don’t know that I would pick it for my own Album of the Year, because I haven’t thought that far ahead. But I think it’s a respectable and defensible choice. Now, onward into the music: 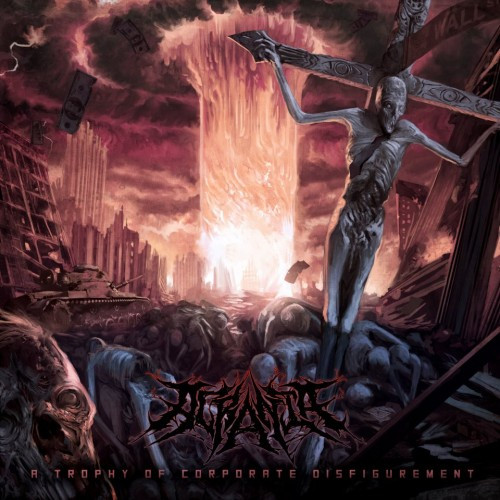 In early September, we enthusiastically premiered a song by a UK band named Acrania that was then due to appear on a split release with a band named Blue Waffle.  Yesterday, Acrania released another new song — their first single, which will eventually appear on their debut EP The Beginning Of The End, now scheduled for release on January 28, 2013.

The single is named “A Trophy of Corporate Disfigurement”; it’s accompanied by another piece of killer artwork from Ken Sarafin of Sarafin Concepts; it’s available for download on Bandcamp (here); it’s featured in a new lyric video that debuted yesterday; and it will rip you apart.

I thought the last Acrania song was destructive, but I think this one tops it. “A Trophy of Corporate Disfigurement” is a politically charged hailstorm of obliterating percussion, decimating riffage, and throat-bursting vocals, and it includes an eerie guitar solo by Pathology’s Kevin Schwartz. If you want a big fuckin’ explosion of brutal slamming death metal, this is your fix: 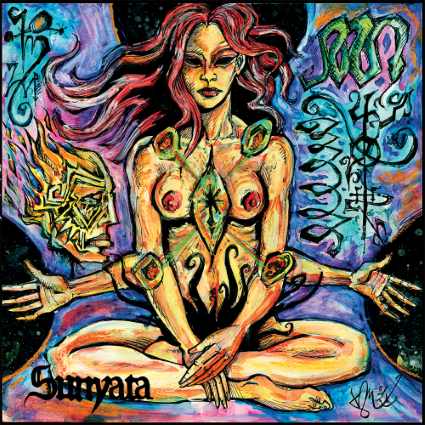 Acrimonious are a band whose members are split between Athens, Greece, and Gothenburg, Sweden. They have a full-length album named Sunyata scheduled for release by Agonia Records on November 28 in Europe and February 5 in the U.S.  The album is available for pre-order at this location.

A couple of days ago the band began streaming the fifth track from the album, “The Hollow Wedjat”. I heard it this morning and I’m really digging the sound. It’s a dynamic blast of melodic black metal that falls somewhere in the vicinity of early Dissection and Mayhem. Swarming guitars, booming drums, bounding bass, and ranting tyrannical vocals feed the flames, and a seductive melody weaves its way through the fire.

I also found another song from the album that debuted in October — “Glory-Crowned Sun of the Thousand-Petalled Lotus”, and man I really like it, too. Go here to check out that song. Sunyata goes on my highly anticipated list. 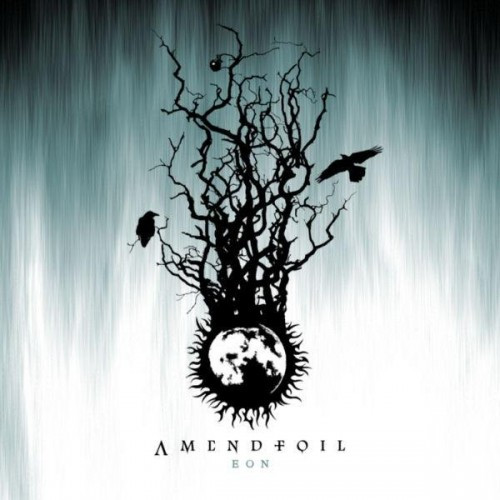 I found out about this band from Tampere, Finland via an e-mail from NCS supporter jeimssi. Their most recent release is a three-song EP called Eon that came out last year. More recently, the band released an official video for the title track, and that’s what I checked out while catching up this morning.

It’s a very catchy song, with big grooves, crunchy guitars, and a mix of clean vocals (which remind me a bit of In Flames’ Anders Fridén) and grittier harsh growls. It’s got plenty of beef, and man, the chorus of this song has hooked me big time.

Amendfoil’s Facebook page is here. And this is the video for “Eon”:

Sorry, the comment form is closed at this time.