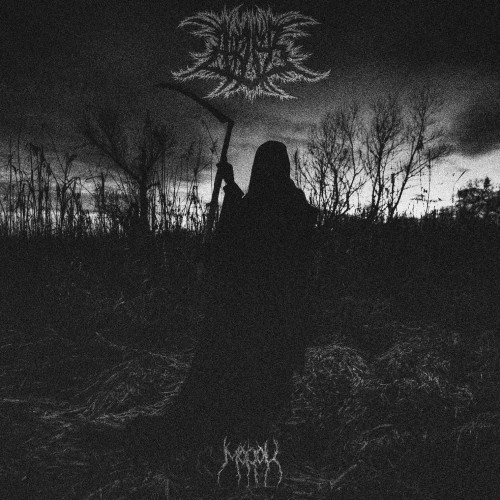 (We welcome back guest contributor BreadGod with his list of the year’s best albums. I’ve taken the liberty of adding links where bands on his list were previously mentioned at NCS.)

2012 came and went, the world didn’t end, and everyone felt like an idiot for believing in all of that apocalyptic bullshit. One thing’s for certain: this was one of the best years – if not the best year – in metal history. The number of awesome metal albums released during this year is unprecedented. It was really hard for me to make this list, but after much listening and pondering, I narrowed it down to ten albums I feel are the best of 2012. First, my honorable mentions:

Axis of Light – By the Hands of the Consuming Fire

Buried – The Only Promise

Now for the countdown.

Atuhor’s Nose: For the purposes of this list, I’m going to limit it to obscure bands and albums that didn’t really get much attention. If I were to include popular bands on this list, Anaal Nathrakh would take the #1 spot without a second thought. 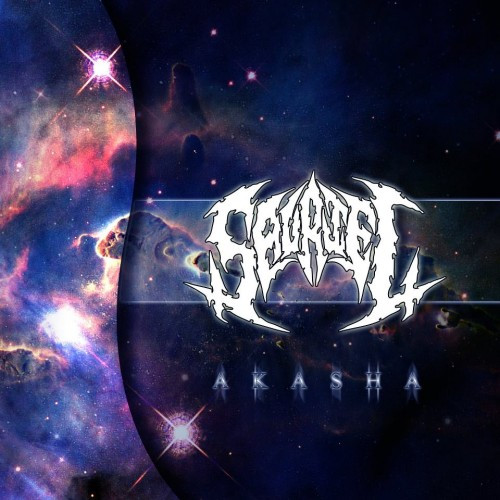 The great thing about Bandcamp is that you can find great bands completely by accident. This was the case for Sauriel, a young death metal band from Massachusetts. I was enticed by the cover depicting the beauties of outer space and I ended up getting an earful of massively technical blackened death metal complete with prominent bass, crunchy guitars that put on an impressive noodling display, some tasteful slow jazzy sections, and even some great deathcore sections. (Yes, I said great deathcore sections, you got a problem with that?) 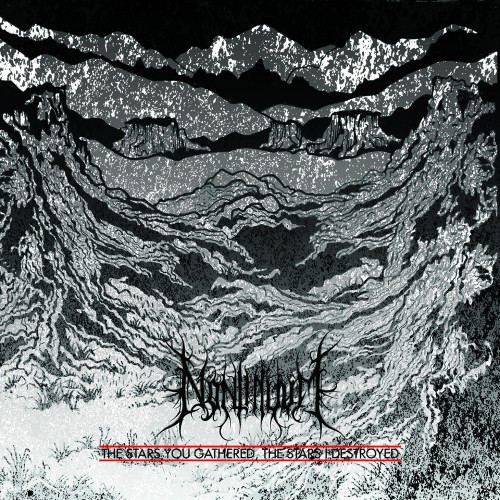 #9: Nontinuum – The Stars You Gathered, The Stars I Destroyed

Ever since Austere died in 2010, no band has been brave enough to step forward and fill their shoes. Luckily, Nontinuum filled that role quite well with their full-length debut, The Stars You Gathered, The Stars I Destroyed. (Coincidentally, Nontinuum also hail from Australia.) The bass is soul-crushing, the drumming is splendidly intricate (a huge improvement over the minimalism on the demo that came before this), the guitar frequently switches between blackened grooves and heart-touching melodies (that solo on “The Gatherer” kills me every time), the rasps and screams are filled with as much agony as Tim Yatras, and the beautiful clean vocals add a nice contrast to the rest of this dark presentation. Definitely one of the biggest surprises of the year. 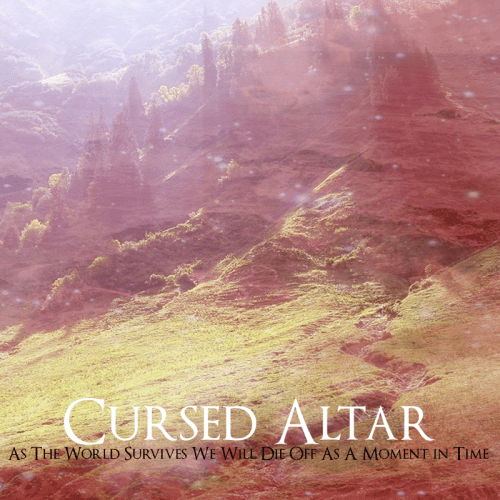 I know I’m cheating with this one, but I don’t care. Cursed Altar released two albums this year. The first was called As The World Survives We Will Die Off As A Moment In Time. The long and verbose title reminded me of Verwustung, but Cursed Altar played something that was completely different. It was a vibrant display of atmospheric black metal that wasn’t afraid to experiment, as the frontman included elements ranging from post-rock guitars to ambient sections to ominous drone and even clean vocals, thus openly defying the kvlt ideology that dominates black metal.

Their second album, The Darkest Place On Earth Is The Mind Of Man, is a much more depressive affair, as is implied by the name. The riffs and guitar tone sound more morose, and the vocals sound more reminiscent of Xasthur. This album proves that Cursed Altar is not pinned down to just one style and will continue to experiment so as to express a wider range of emotions. 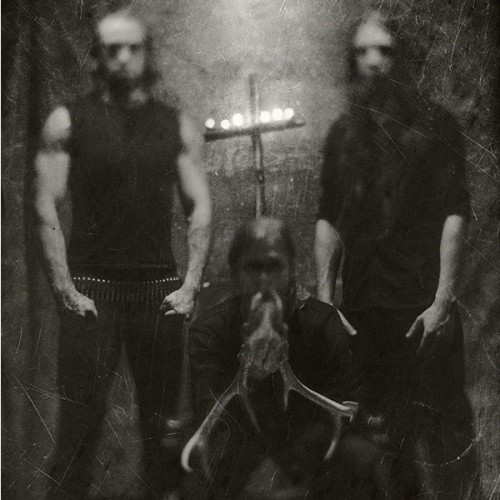 #7: Those Who Lie Beneath – Antichrist

I know I’ve said this many times before about this release, but I’ll say it again: this album is fucking evil. These guys once played deathcore, but with this album, they transformed into a diabolical technical death metal beast. The violent rampage of the drums will pound your skull into an unrecognizable pink mush, the guitars sweep and shred with unmatched malice and insanity, as though the guitarist were possessed by some malevolent force that lurks beyond our galaxy, and the growls very appropriately sound like the diabolical, unfathomable creatures that lie beneath the earth. 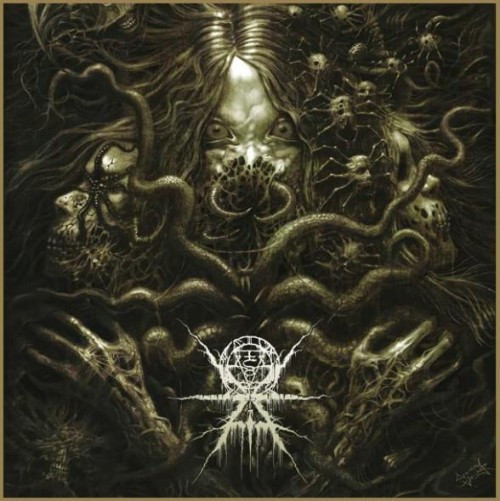 Those Who Lie Beneath may be incredibly evil, but there exists a band more evil than them. Yes, it’s true! That band is called Ævangelist. It was formed by the same dark and miserable man who brought you Benighted In Sodom. They took what Portal created and contorted it into something more horrific than anyone thought possible. The drums sound like a myriad of torture devices striking against your body, lacerating your skin and snapping your bones. The guitars are both diabolical in their tone and unorthodox in their structure, frequently changing from dark tremolo riffs to infernal chugging that will make you sick to your stomach. The growls and rasps sound like the bringers of darkness and pestilence. Weaving through all of this are bone-chilling spectral howls that sound like the ravenous spirits of a billion sociopaths who once lived on a long-dead planet. 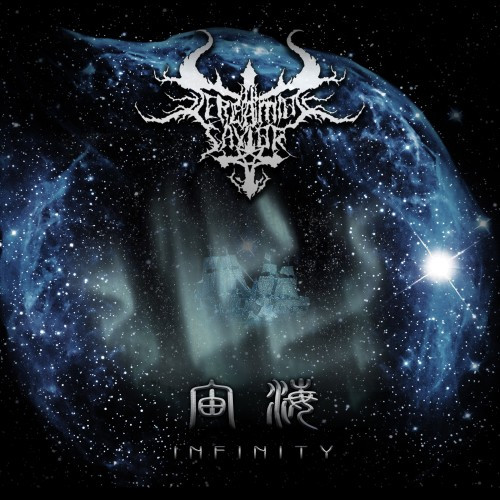 We now enter the top 5 with one of the most underrated black metal bands of recent memory. The people on Metal Archives dismiss this as a Dimmu Borgir ripoff, but what do they know? Anyway, Screaming Savior are a symphonic black metal band from China who possess great musicianship. I don’t know why China produces such great black metal musicians, but it does. The black metal and symphonic elements combine in a way that is majestic and invigorating, the guitars deliver a great deal of melody, the screeching solos pierce the heavens, and the Emperor influence on the croaks and clean vocals is profound.

I had no idea who Pseudogod was until this album. Now I know, and I adore them. I was attracted to this album because of Antichrist Kramer’s evil fucking dragon on the cover, and the music sounds a lot like what you see on the cover. They take the blackened death metal sound that is characteristic of bands like Blasphemy and Black Witchery, drop it into the middle of Siberia, and force it to fight an army of wolves and bears. When it returns to civilization, Deathwomb Catechesis is the end result. The wall of sound production will crush you like a trash compactor, the guitars combine the unfettered ferocity of death metal with the dark energies of black metal, and the growls sound like an evil fucking dragon. 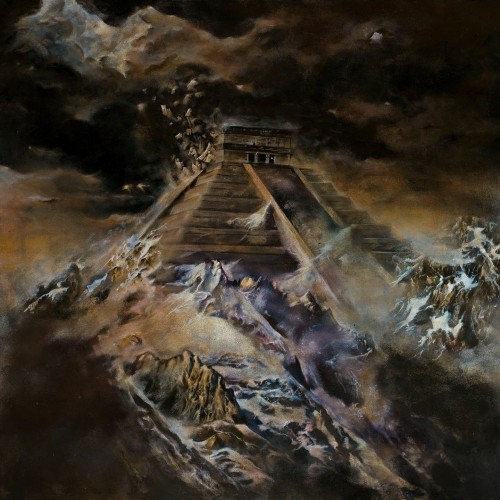 “Hi! My name is Mutatiis! Welcome to Blood Geometry! After five years in development, hopefully, it will have been worth the wait! Thanks, and have fun!”

Indeed, it was worth the wait. Clocking in at two hours, this is the most ambitious album Elysian Blaze has ever produced, as well as the second longest album I’ve ever listened to. (The longest was Exhumed’s Platters of Splatter, but I digress.) This is a masterpiece of depressive beauty. As always, Mutatiis is a master when it comes to creating a dark and miserable atmosphere, but this album also shows a great deal of evolution in his musical skills, especially in the guitars. They still play your typical black metal tremolo riffs and the slow, crushing riffs of funeral doom metal, but they also play these high soaring riffs that sound downright triumphant, like an eagle that has been freed from captivity. I’m glad this turned out more like Half-Life 2 than Duke Nukem Forever. 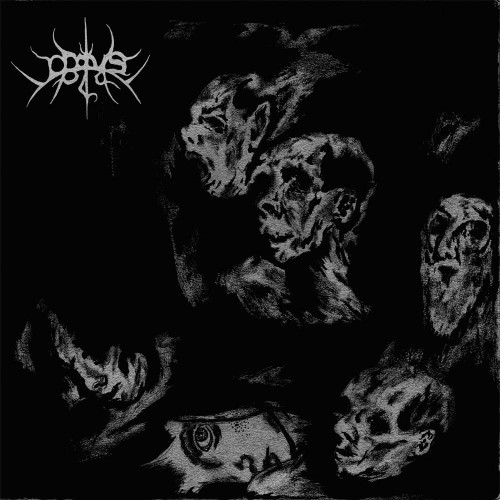 Just when I thought the depressive black metal genre was dead, Obolus came along and defied all expectations. Their 2011 demo was a real shock to the status quo, but their EP, Lament, completely blew me away. The atmosphere is like a swirling storm of despair, the drums sound like the fingers of an otherworldly monster tapping against your mind, the shredding of the guitars mix seething hatred and overwhelming sorrow, and the howls exude agony the likes of which you’ve never felt before. Obolus is unlike any depressive black metal band I’ve heard before or since, and Lament is intense, morose, and overall, unforgettable. The music pushes boundaries and plays what has already been invented with astonishing skill. This is easily one of the best albums in the depressive black metal genre, and my number two pick for best album of 2012. What could possibly be better than this?

This album, of course! Agruss emerged seemingly out of nowhere and instantly stole my heart with their debut full-length, Morok. Agruss is one of those bands who refuse to be classified. I just call them blackened death metal out of convenience. They combine the screams, rasps, rapid tremolo picking, and overwhelming atmosphere of black metal with the diabolical chugging and deep growls of death metal with ease, but they also throw in elements from post-metal (beginning of “Damnation”), melodic death metal (“Morok”), technical death metal (a little over three minutes into “Ashes from the Future”), and even brutal death metal (a little over five minutes into “When the Angels Fall”). The musicianship is flawless and every element in the music has a purpose. Chernobyl was a horrific disaster, a hideous blemish upon mankind’s history and the face of the earth, but it did do one good thing: it served as the inspiration for Agruss. Never before have I heard something that was so majestic and beautiful but so evil and terrifying.