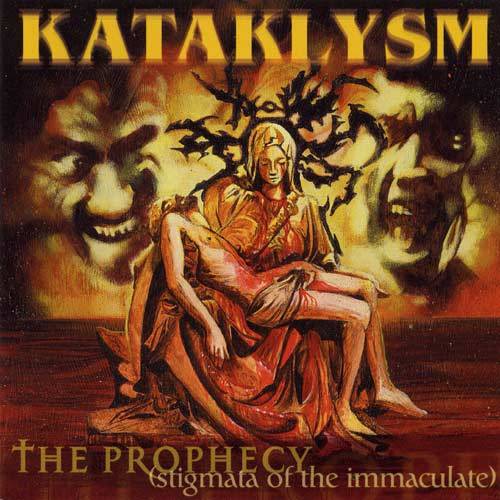 The Prophecy (Stigmata of the Immaculate) (2000) is definitely the weakest entry in Kataklysm’s body of work up to this point despite the fact it is more certifiably brutal than the album previous.  This also begins the thing about Kataklysm that is really going to irk me for the rest of this discography — opening albums with downright stupid monologues or silly movie quotes.  This is also going to be the shortest review of this series up to this point, so I think we’ll just include reviews of two additional albums because of that.

The Prophecy can be summed up pretty easily.  It’s nine songs of bland, uninspired, blasting melodic death metal that attempts to recapture an intensity reminiscent of the band’s Sylvain Houde era material that they just don’t have it in them to do anymore.  A bad move on the band’s part.  The mix is also intrusively grating in all the wrong ways. 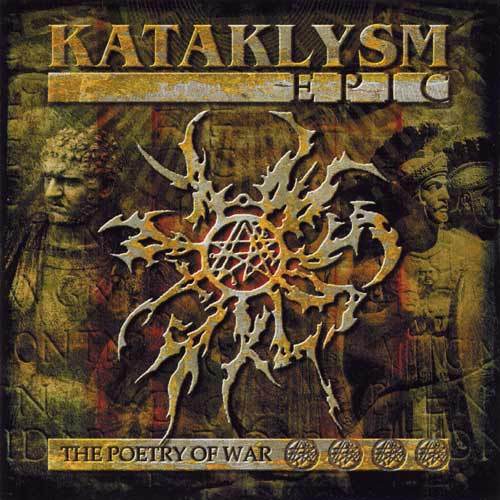 Epic: The Poetry of War (2001) is more of the same shit as Prophecy….  It actually has a few standout songs on it, though, such as “As the Glorious Weep” and “Era of the Merciless”, which ironically is the groove metal material on this album.  This release is definitely better in that it isn’t non-stop senseless blasting and the riffs have real direction often enough.  Still, this feels painfully average. 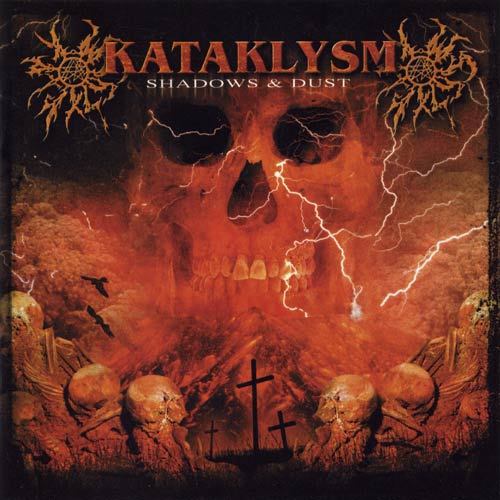 Finally, Kataklysm realize that trying to be something they simply aren’t anymore isn’t a good idea.  Shadows And Dust (2002) marks the band’s complete transformation into the Kataklysm we know today.  It’s a bulldozing combination of melodic death metal, black metal, and groove metal/hardcore that ends up working pretty well in their favor.

I think the opening song “Shadows And Dust”, while invoking the band’s obvious love for Grave, will also invoke a sense that the band had been listening to Hatebreed a bit (I don’t wanna hear it, I like Hatebreed). But no need to fear, as this album is just as diverse as Victims Of A Fallen World.  Other standout tracks such as “Beyond Salvation” and one of the band’s live staples, the anthemic “Where the Enemy Sleeps”, prove that these guys still have plenty of life left in them at this point.  I’ll consider the two previous albums a misstep.

2 Responses to “KATAKLYSM: “THE PROPHECY”, “EPIC: THE POETRY OF WAR”, “SHADOWS AND DUST””