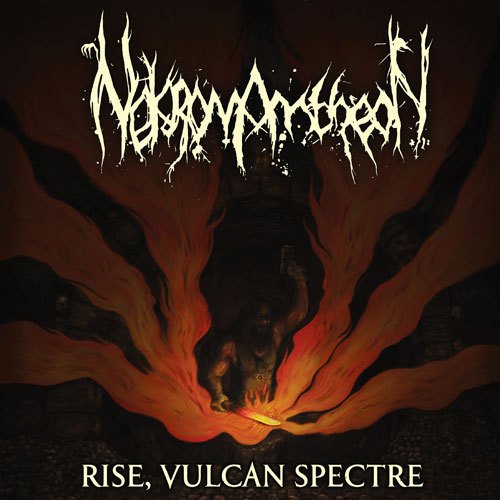 This is Part 5 of our list of the year’s most infectious extreme metal songs. Each day until the list is finished, I’m posting two songs that made the cut. For more details about what this list is all about and how it was compiled, read the introductory post via this link. To see the selections that preceded the two we’re announcing today, click here.

My tastes have evolved and expanded dramatically since NO CLEAN SINGING was established more than three years ago. They’ve changed significantly even over the course of this past year. You’re about to find out just how much they’ve changed.

There was a time when the only metal songs I found infectious were ones with catchy hooks and memorable melodies. Now I’m finding that even music that’s utterly blistering or obliterating can also stick in my head. No matter how challenging that kind of music may be to some listeners, to omit it from this list would be hypocritical, because I’ve enjoyed so much of it this year. And so today I bring you Nekromantheon and Pseudogod.

I first came across (and wrote about) this Norwegian band in December of 2011, when they released an advance track from their then-forthcoming 2012 release Rise, Vulcan Spectre. I subsequently listened to the entire album — it’s one of many 2012 releases I loved but never found time to review. The style of their music is a certain kind of thrash. But it’s not let’s-get-drunk-and-fuck thrash. It’s more like let’s-find-innocent-children-and-sacrifice-them-to-Cthulhu thrash.

I’ve said more than once that the music of most of the nu-thrash/re-thrash bands who’ve been popping up like a rash of hemorrhoids over the last couple of years is kinda samey, and kinda forgettable. Actually, I find most of it completely forgettable. But not Nekromantheon. Their black thrash is like the aural equivalent of mainlining hellfire — it burns you up, and you come back wanting more.

The first song I heard from Rise, Vulcan Spectre was “Blood Wisdom”. By a hair, it remains my favorite track on the album. It’s a super-heated, super-fast, rampaging animal that’s almost completely out of control, and it’s as energizing a song as I’ve heard all year. And holy shit, that guitar solo . . .

I first explored the 2012 album from this Russian band, Deathwomb Catechesis, in one of last spring’s MISCELLANY posts, thanks to a tip from NCS reader and ex-TNOTB blogger Tr00 Nate. As in the case of that Nekromantheon album, I failed to review it despite how deep an impression it made — and by deep impressions I mean the creases it left in my cranium. And the psychic scarring.

Psuedogod’s music is pure fucking slash and burn, with hornet swarms of guitars, massed drum artillery, and monstrous vocals welling up from the Pit. It rains death from the skies, with colossal grooves and merciless riffing. And it’s that massive groove that stuck the music in this fragile head and that helped land it a spot on this list.

The track I picked is “Azazel”. It’s a vicious, hate-filled, almost overwhelming fusillade of a song, yet it includes a long, slow passage of ominous melody, ringing like funeral bells. The sound is both catastrophic and infernally regal. What SurgicalBrute said about the album as a whole when he named it to his Best of 2012 list (one of several YE lists we’ve published that include the album) holds true for “Azazel”:

“Deathwomb Catechesis is a pulverizing whirlwind of killer riffs layered on top of a thick and heavy production. There’s very little subtlety in this album, and my best recomendation would be to hold on and hope you come out of the other side in one piece.”

7 Responses to “OUR LIST OF 2012’S MOST INFECTIOUS EXTREME METAL SONGS: PART 5”