(Here’s the third part of TheMadIsraeli’s multi-part rollout of his list of 2012′s best metal. Sample songs are at the end of the post. And you can find the first 10 albums on his list here and here. Despite the numbering, the albums are presented in no particular order.)

The ol’ reliables.  I’m pretty sure even if you don’t agree with these albums being the top of the top, we all knew they were going to be good.  The bands in this part of the list have established catalogues  showcasing a consistent excellency throughout.  Without further ado…  Also, the list is getting bumped up to top 21. 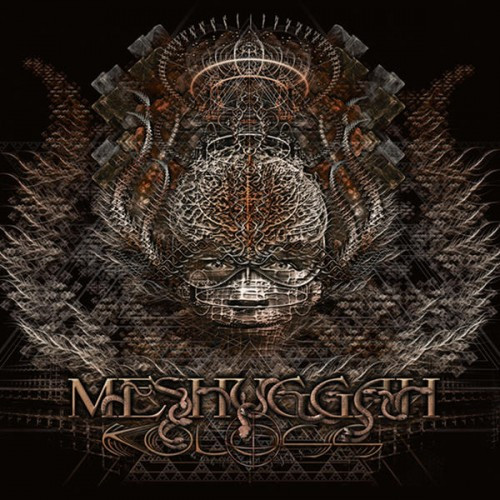 I was SO psyched for this album it isn’t even funny.  I’ll admit, I had trepidations concerning how the djent fad had taken off.  I worried maybe this would in turn psychologically effect my perception of Meshuggah’s music in hindsight, but in fact it did not.  Meshuggah proved they are still at the top of their game here, bringing in an album that combined elements of all their eras while creating their most varied release to date.  It doesn’t matter whether it is the atmospheric and tribal nature of “I Am Colossus”, the balls to the wall thrash attack of “The Hurt That Finds You First”, or the oddly adventurous doomy territory of “Behind The Sun”, this band know they are the owners, the masters, and the creators of their craft.  No amount of 8-string-toting core bros will ever impose on that.

Out of all the albums on this list, I’m going to call this the one that was the most “a given” for how good it was going to be.  John Gallagher has faced many challenges in pushing on with the Dying Fetus name, but the one constant is that he still manages to produce some of the bar-none best death metal out there. His partnership since Stop At Nothing with bassist Sean Beasley since he has taken over vocals has led to some of the band’s most dynamic and potent material to date, while being produced by only a three-piece line-up.  This album is a manifestation of the totality of their excellence while also accomplishing their goal of returning Dying Fetus to their roots.  This band will never fail me.

By my lights, no band has better defined where melodic death metal has gone in the last decade than Daylight Dies.  One of my favorite bands ever to emerge, as well as one of the most powerful proponents of the melodic death/doom mix that’s pervaded the scene lately (if not the only one that matters), I pretty much knew this was going to be great — even if I didn’t anticipate just how great it would be.  A Frail Becoming saw an angrier Daylight Dies, one with more angst and unease in their sound than ever before while retaining their signature elements.  The depressive melodies, the emphasis on constant key changes to keep the listener off balance, the emotionally gripping yet bestial vocals that tug at your soul, fuck man.

I would just say it’s Gojira, but the truth of it is that not only was this expected to be good, it ended up being good with what seemed like a significant transformation of sound.  The signature Gojira elements are still here, but we’re definitely seeing a doomier, sludgier band than before.  The album still had the classic devastating groove we’ve come to expect, from numbers like “Explosia”, but surprises were in store too with songs like “Pain Is A Master”, which ventures into strange proggy territory, or “The Gift Of Guilt”.  Great album, and Gojira still know how to bring an experience to the listener, not simply a collection of songs. 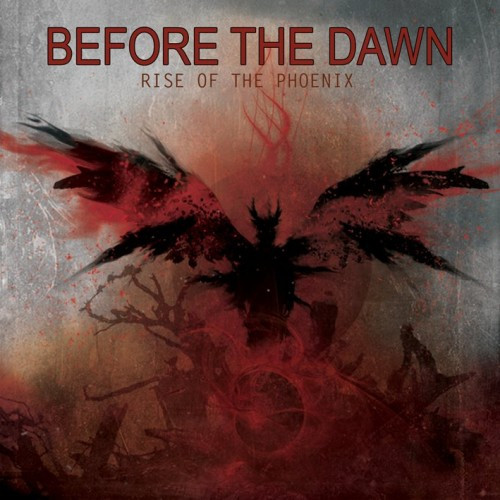 15: Before the Dawn – Rise of the Phoenix

I have to admit, picking another album for this section of the list was kind of hard because some of the bands I considered for this category were already in other lists.  However, I’ve loved this band since day one.  I think many of us shuddered to think that this band might lose itself when bassist/vocalist Lars Eikind left, taking a signature of the band’s sound with him.  Before the Dawn would really have to step up their game in order to make up for this loss, and I honestly wasn’t sure if they’d do it.  However, they did.

As Tuomas Saukkonen planned it, Rise of the Phoenix was faster, heavier, more grandiose and epic.  This album brought forth what are now to me some of the best songs in the band’s entire catalogue (“Pitch Black Universe”, “Cross To Bear”, “Throne Of Ice”) while retaining Before the Dawn’s dark, majestic sound.  I’m looking forward to what this band does next; something tells me great things still lie ahead. 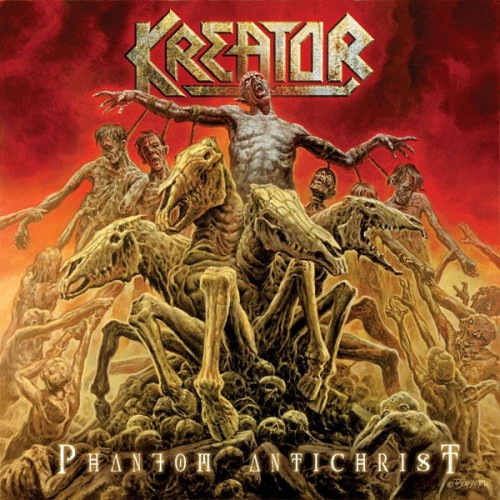 Of all the thrash legends, I think the one who has stayed the strongest consistently has been Kreator.  I don’t know how exactly these guys keep doing it, but I’m sure Mille Petrozza is the central factor in that equation.  This band has explored different styles and different approaches to the music, but they really got on a roll once they began their melodic thrash assault back with Violent Revolution.  Phantom Antichrist is now the pinnacle of the modern Kreator sound.  The riffs are so tasty, the solos all shred and wail . . . it’s just perfect modern thrash.  This album was also definitely a given for me.

In the next part of the list will be the total surprises, the albums that blindsided me unexpectedly and kicked my ass in a dark alley.  After that, we move onto EP’s, 10 to be exact.