I’m not sure what happened, but 2012 came and went, and the new album never appeared. However, I now see that it will finally be released on March 19. And yesterday the band debuted a song called “Those Having Been Hidden Away”. I like it and will play it for you right after the jump. It’s the sound of a furious tech-death demolition project joined in progress, with a cool bounding bass line and a load of slashing riffs and brutalizing percussion. 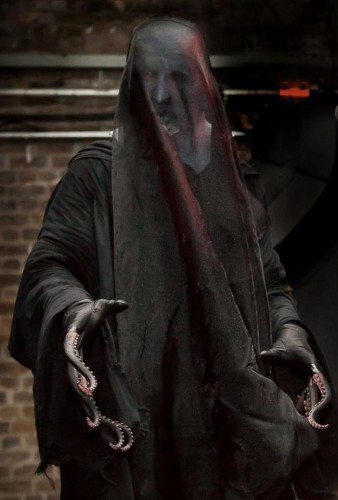 I saw the following video of Portal performing “Glumurphonel” live in Sydney, Australia. The song comes from the band’s 2003 debut album Seepia. It’s a fan video but it provides good quality visuals, including a look at The Curator’s latest costumery. The sound quality is distorted, but so is Portal’s music . . .  and it’s just fuckin’ obliterating. Turn it up until blood seeps from your ears. 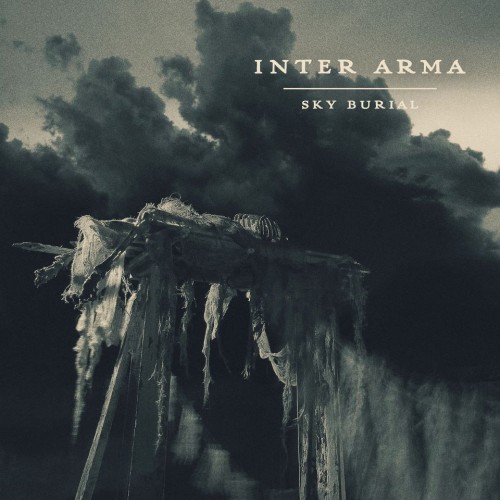 I really fuckin adored this Virginia band’s 2012 EP Destroyer (and explained why here). Today, Relapse Records unveiled the cover art for their forthcoming debut album, Sky Burial, which as you can see is quite cool. The album is due for release on March 19.

Relapse also put up a short teaser of music from the album. Having heard Destroyer, I can pretty much guarantee this teaser is a big head-fake, though I do like it, however unrepresentative it may be of the crushing yet to come.

Pre-Order via Relapse Mailorder on CD or 2xLP here: http://bit.ly/InterArma 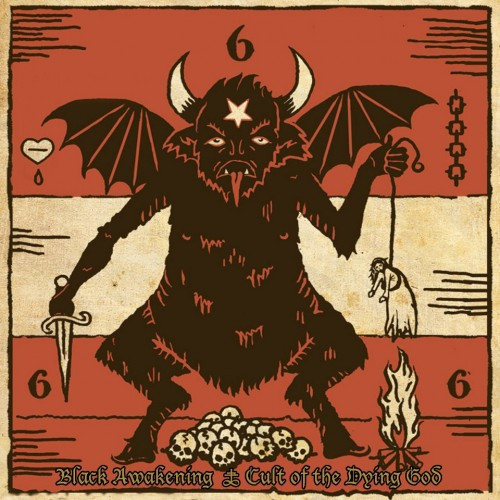 Black Awakening are a two-person band (one man, one woman) originally from Southern Louisiana but now based in Fort Wayne, Indiana. Their debut album entitled Cult of the Dying God is currently in production and is slated for a summer 2013 release on Domestic Genocide Records.

I paused and listened to a couple tracks from this new album because of the artwork you see above. Yes, to people like me, album art still matters and is still a hook for entry into music.

The two demo tracks that are available are “Pillars of Creation” and “Revolutionary Suicide” — and goddamn have they inspired feelings of feral lust in my loins. This is catastrophic, soul-sucking, sludge-drenched doom. It’s mainly bass and drums and depraved, ghoulish shrieking. Hell, I’m not sure there’s any guitar involved, though there’s plenty of hell involved.

In addition to pounding the living crap out of me in a quasi-satanic ritual pounding, the songs also got my head nodding viciously. I shall be waiting for Cult of the Dying God. Listen up below (and go here to download the two demo tracks for free).