Thanks to tips from DGR, I learned about two attention-grabbing developments this morning — new details about the forthcoming albums by Sweden’s Hypocrisy and October Tide plus new songs from each of them. And then on my very own I found a new single from the next album by Norway’s Vreid. It is a good day to be alive.

Here’s how I progressed toward the new Hypocrisy song: First, I saw the cover art for the new album, End of Disclosure, which was created by Wes Benscoter (Slayer, Kreator, Nile, Vader, and more). I found it pleasing. Kind of a Zen demon. Also, many skulls. Second, I read, and was intrigued by, this quote by Hyporcisy’s main man Peter Tägtgren in the Nuclear Blast write-up on the album:

“This time I wanted to go back to basic, felt like we lost it for the last couple of albums , it’s straight to the point, it’s more Hypocrisy than ever, the fast, the heavy, the epic.. Enjoy!”

And then I listened to an edited version of the album’s title track, “End of Disclosure” — which you are about to hear, too, and which is available for free download.

The new song is recognizably Hypocrisy, a dramatic, thundering, mid-paced, melodic death metal march that will produce sore-neck syndrome far and wide. Peter Tägtgren is in good voice, too, which is to say the paint will be sand-blasted from your walls. I’m not sure why NB decided to stream only a truncated version of the song, but I guess it achieved the desired result: I’m going to download the whole thing ASAP.

End of Disclosure is scheduled for release on March 22. Use the Nuclear Blast link below to download the new song. 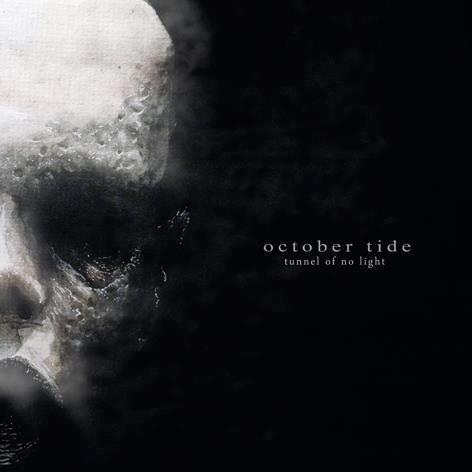 October Tide’s fourth album is named Tunnel of No Light, and it will be released by Pulverised Records at some point this year. The band was formed in 1995 by then-Katatonia guitarist Mattias Norrman and Katatonia/Bloodbath vocalist Jonas Renkse. Line-up changes occurred. Most recently, vocalist Tobias Netzell and bassist Pierre Stam left the band after the release of their last album, A Thin Shell (2010). Those two have since been replaced by Mattias Norrman taking over the vocal duties and Alexander Högbom (Volturyon, Spasmodic) on bass.

We can now see the new album’s cover art by , and a track list was also released yesterday. Having seen the cover art, I explored further and found that Pulverised has been streaming one of the new songs, “Of Wounds To Come”, and you can stream it below, too.

This song hooked me hard. The music is melodic doom, heavy and magnetic in its melody, and raw and scarring in its vocal delivery. There’s a nice instrumental break in the middle with a memorable lead guitar melody before the song ramps up toward a big finish. Very, very cool.

Late last November we featured the album art for Vreid’s sixth album, Welcome Farewell, and the news that it would be released by Indie Recordings on February 26 in Europe, February 22 in Germany/Austria, and March 5 in North America. At the same time we included a Terrorizer premiere of a track from the new album named “The Reap”. It surprised me — less black thrash and more black ‘n’ roll — but it was still one hell of a song.

In recent days the band has debuted a second song at Norway’s Pyro web site. This one is called “The Way of the Serpent”. By contrast to “The Reap”, this track starts blasting and lashing from the beginning, with jagged, jabbing riffs delivering an indigo melody and Sture’s vocals spewing acid over the instrumentals. When this baby really kicks into gear in the back half of the track with a repeating riff, it creates sore-neck syndrome, too. Awesome song.

We have our promo copy of this album, and we will have a review just as soon as Andy Synn cleans the gism off his keyboard and is able to type again.

6 Responses to “NEW SONGS FROM HYPOCRISY, OCTOBER TIDE, AND VREID”