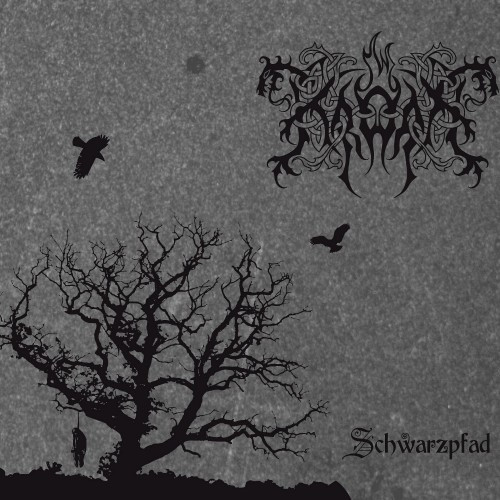 But that’s not the only Bandcamp news I want to share.

Late last year I wrote about a collection of new Fan Account features that Bandcamp had rolled out in beta test. On January 11, the Fan Account features became available to everyone (to learn more, go HERE). You can now establish your own Bandcamp page where all the music you’ve bought on Bandcamp (or just selected albums) will appear as your personal collection. You can share your page with other people on Bandcamp, which allows them to explore the collection of what you’ve acquired.

The collection feature doesn’t yet include albums you’ve downloaded for free — but Bandcamp’s operators say this about that: “We’re still considering how to best incorporate free releases into collection pages, just needs a little more mulling.”

Which is how I have learned that Earache has recently added to Bandcamp albums by the likes of Akercocke (Antichrist and Words That Go Unspoken, Deeds That Go Undone), Carcass (Symphonies of Sickness), and Woods of Ypres (Woods 5: Grey Skies & Electric Light). Go HERE to see all those new offerings.

And those e-mail alerts also informed me that Debemur Morti has uploaded albums by the likes of Horna, October Falls, Arckanum, Infestus, Monolithe, Porta Nigra, and Wallachia (among others). All that lovely shit can be viewed HERE.

It’s also how I discovered that Agalloch have put the incredible Marrow of the Spirit on Bandcamp (here), and that new releases by Cloudkicker, Borracho, and Joel Grind’s Yellowgoat have also become available.

Well, you get the idea. I think this is cool shit.

A couple weeks ago I reported that kvlt metal album artist Toshihiro Egawa had created t-shirt artwork for the Japanese Kawai Metal band BabyMetal. The shirt is fuckin’ awesome, but not yet available in the U.S. It is, however, available in Japan.

As you know, Phro (of Phro Metal fame/infamy) lives in Japan. Phro has obtained said shirt, and as proof he sent me a photo that I’m about to show you. I wanted Phro to send me this shirt, y’know, because of all I’ve done for him, including all the things about him that I haven’t told his fiancé. But then he told me he had wiped semen on this one. I think he meant that as an enhanced shirt feature, but it’s making me feel queasy. 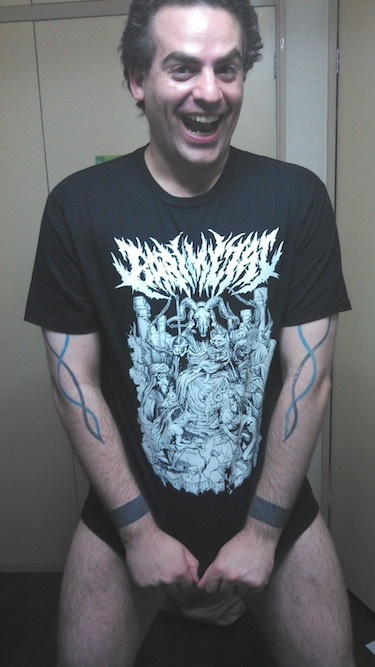 This has nothing to do with Bandcamp, of course, or anything else. Except the shirt still fuckin’ rules.

Well, not this particular, shirt, which apparently is now somewhat sticky or crusty.  Ewww!