This is an odd pairing of items, I suppose — half of it metal and half of it in the vein of our THAT’S METAL! — BUT IT”S NOT MUSIC series. Here we go:

Last month we featured an edited stream of the title track to Hypocrisy’s new album, End of Disclosure. Nuclear Blast was then — and still is — giving away the song as a free download. This morning, NB debuted a lyric video for the full song, which turns out not to be much longer than the edited version.

As I wrote when we first streamed the track, it’s like welcoming a familiar old friend — very recognizably a Hypocrisy song. But if you dig Hypocrisy as much as I do, new music from them is a prize. 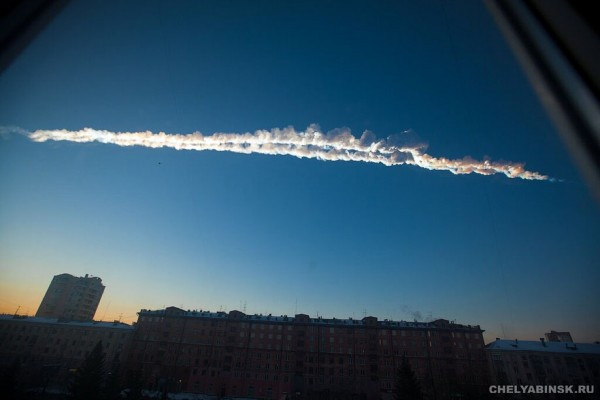 Reuters reported as follows this morning: “More than 500 people were injured when a meteorite shot across the sky and exploded over central Russia on Friday, sending fireballs crashing to Earth, shattering windows and damaging buildings.

“People heading to work in Chelyabinsk heard what sounded like an explosion, saw a bright light and then felt a shockwave according to a Reuters correspondent in the industrial city 1,500 km (950 miles) east of Moscow.

“A fireball blazed across the horizon, leaving a long white trail in its wake which could be seen as far as 200 km (125 miles) away in Yekaterinburg. Car alarms went off, windows shattered and mobile phone networks were interrupted.”

A goddamn meteorite fireball is definitely metal, and you will be thrilled to know that there are videos! And we have one for you right here! (A shitload more videos of the meteorite and the ensuing damage are collected at this Russian site).