Here is a truly random collection of items I came across over the last 24 hours that I’d like to share. On the sublime end of the continuum are new videos from Crest of Darkness and Antestor. On the ridiculous end of the range is a new YouTube clip from Sabazius — the longest clip ever uploaded to YouTube, and it’s a metal song. And in between I have something from the immortal John Cleese that’s both sublime and ridiculous.

Norway’s Crest of Darkness have a new album (their sixth studio release) named In the Presence of Death that’s scheduled to appear on February 25 via My Kingdom Music. Just 12 days ago I wrote about the first new song to debut, a track called “From the Dead”. This morning brought a second new song — “Demon Child” — via an official video. Actually, the song seems to be a special video mix, and so it may differ somewhat from the album track.

I really like the song for the same reason I enjoyed “From the Dead” — Crest of Darkness mix things up. There’s certainly plenty of face-ripping black metal viciousness, but the song also segues into a catchy-as-fuck rock beat that really got my head nodding.

The video itself is footage of the band performing (and captivating/capturing a particular member of the audience). It’s more campy than it is threatening, but it’s still amusing to watch. However, the song is the true attraction.

Andy Synn reviewed this Norwegian band’s new album, Omen, in mid-January. Yesterday they debuted an official video for one of its songs, “Unchained”. The video is neither campy nor corpse-painted; it captures the intensity of the performances pretty well. But again, the true attraction is the song. To quote Andy’s description of it:

“‘Unchained’ continues the assault, piling on the intensity with riff after riff of scorching fury, fuelled by Jo Henning Borven’s immaculate drumming. Stepping into shoes last filled by the inimitable Hellhammer can’t be an easy thing to do, but his high-velocity kick patterns and laser-guided stick work never fail to impress. The unexpected clean vocals here have a strong Pink Floyd feel to them, a restrained and melancholic majesty, once again leaving you with the feeling that the band really took the time to make sure that ALL of the elements of their sonic signature were simpatico this time around – the flow from malevolence to melody, and back again, feels completely natural and organic.” 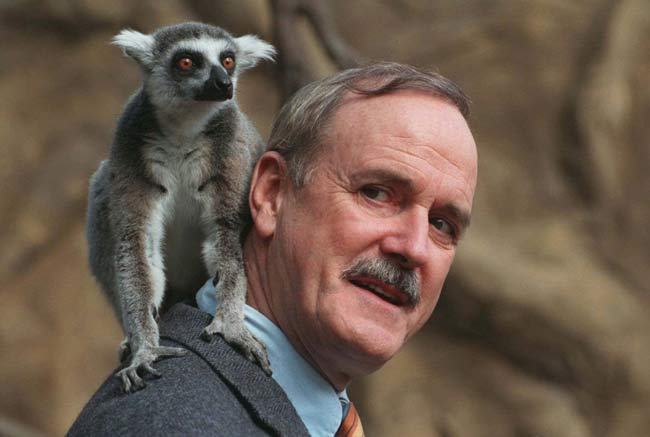 I actually didn’t discover the following piece of John Cleese hilarity over the last 24 hours, but I did have occasion to remember it, and to laugh all over again.

I just want to be very clear that we love all of our European readers like brothers and sisters, and the perspectives expressed by Mr. Cleese are his own and do not represent the official views of NO CLEAN SINGING or its affiliates or representatives, if any.

“The French government announced yesterday that it has raised its terror alert level from “Run” to “Hide.” The only two higher levels in France are “Collaborate” and “Surrender.” The rise was precipitated by a recent fire that destroyed France ‘s white flag factory, effectively paralyzing the country’s military capability.

“The English are feeling the pinch in relation to recent events in Libya and have therefore raised their security level from “Miffed” to “Peeved.” Soon, though, security levels may be raised yet again to “Irritated” or even “A Bit Cross.” The English have not been “A Bit Cross” since the blitz in 1940 when tea supplies nearly ran out. Terrorists have been re-categorized from “Tiresome” to “A Bloody Nuisance.” The last time the British issued a “Bloody Nuisance” warning level was in 1588, when threatened by the Spanish Armada.

“The Scots have raised their threat level from “Pissed Off” to “Let’s get the Bastards.” They don’t have any other levels. This is the reason they have been used on the front line of the British army for the last 300 years.

“The Germans have increased their alert state from “Disdainful Arrogance” to “Dress in Uniform and Sing Marching Songs.” They also have two higher levels: “Invade a Neighbor” and “Lose.”

“Belgians, on the other hand, are all on holiday as usual; the only threat they are worried about is NATO pulling out of Brussels.

“The Spanish are all excited to see their new submarines ready to deploy.  These beautifully designed subs have glass bottoms so the new Spanish navy can get a really good look at the old Spanish navy.

“Australia, meanwhile, has raised its security level from “No worries” to “She’ll be alright, Mate.” Two more escalation levels remain: “Crikey! I think we’ll need to cancel the barbie this weekend!” and “The barbie is canceled.” So far no situation has ever warranted use of the final escalation level.” 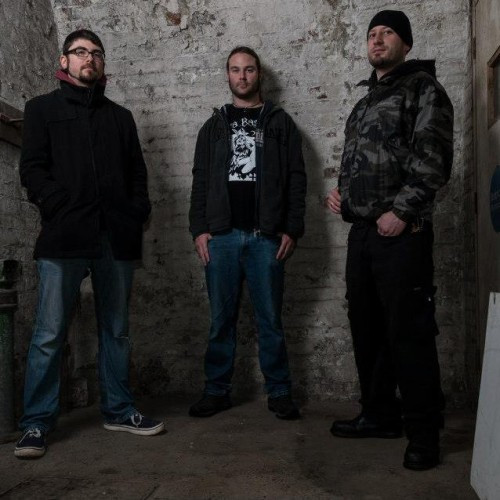 Sabazius are a British doom band. I haven’t yet explored any of their recorded music. I’m posting about them because Earache Records has uploaded to YouTube a recorded Sabazius performance that’s 11 hours, 16 minutes, 55 seconds long. Earache alleges that it’s the longest YouTube track uploaded to date.

The name of the song is “The Descent of Man”, and it was actually edited down from its original length of 14 hours.

Earache is running a contest around this monster, described as follows: “Your challenge (should you chose to accept it) is to listen to the whole track from start to finish, document yourself doing it, highlighting thoughts/feelings/emotions via a blog, pictures or both.
For those who succeed we will post their findings on our social networking sites.”

Between my day job, the time I spend on NCS-related activity, and the hours required to make sure the loris horde don’t escape their compound and wreck havoc on civilization, I have maybe an hour a day to listen to metal. What are the odds that I’m going to devote more than 11 days of listening time to “The Descent of Man”?

In fact, I have to wonder whether anyone is going to enter this contest. Still, I feel a strange sense of pride that the longest clip on YouTube is a metal song. Eat it up.

7 Responses to “FROM THE SUBLIME TO THE RIDICULOUS, WITH CREST OF DARKNESS, ANTESTOR, JOHN CLEESE, AND SABAZIUS”