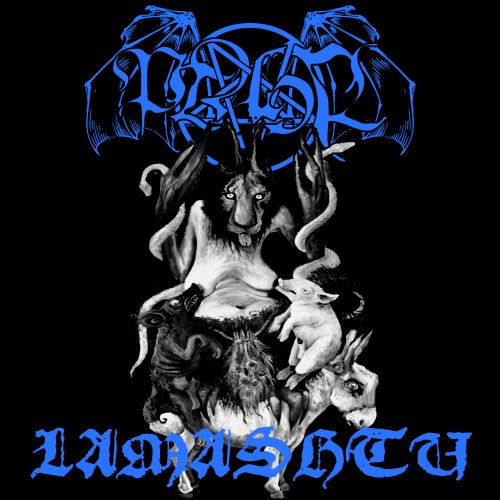 Last night I took my net and waded into the swamp of the interhole looking to catch some fresh fish to serve up for you on a platter this morning. Turns out, I caught a bunch of damned piranha, which suited me just fine, since I was in a foul mood over the carnage in Boston and was having fantasies about feeding the gutless, life-taking perpetrators to something carnivorous.

All three of the new songs I found have something in common — there’s some punk down at the core of each of them, and varying degrees of 666 charred into their skins with a hot brand. They’re all also catchy as fuck. We’ll start with the nastiest piranha in this group.

If you don’t know about Indiana’s Ptahil, then you haven’t been paying close enough attention to my babbling. They give no fucks, they do what they please, and what pleases them is singing about Satan in a way that will burn out your brain but leave a grin on your melted face. Both of their albums (reviewed here and here) have fired me up like an arson job, and now they’ve released a new single on Bandcamp named “Lamashtu”. In no time flat, it’s become one of my favorite things they’ve done yet.

It’s a hurricane of skin-shredding guitar noise and filthy vocals, with careful attention given in the production to filling your earholes with a flood of black acid. Of course, that would be sweet enough, but this song also includes an almighty infectious bass riff and a guitar solo at the end that’s like an uncaged animal. Gutter punks from the streets of hell, Ptahil damn well know how to hose you down with the hellfire.

“Lamashtu” is on Bandcamp for $1. Happily, Ptahil promises to release yet another new song at the same place in about a week. 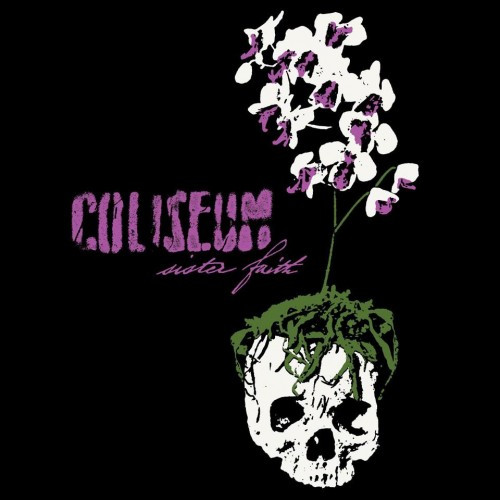 I really feel like a turd, having lost track of what Coliseum have been up to until last night. I really loved their 2010 album, House With A Curse. It  was a variegated monster of hardcore- and punk-infused metal — stripped-down, hard-hitting, and an entirely convulsive listening experience. I even named their song “Blind In One Eye” to our list of 2010’s Most Infectious Extreme Metal Songs.

So why haven’t I been keeping track of what’s been going on with their new album Sister Faith? Well duh, because I’m a dumbass! I finally wised up after seeing a post on MetalSucks about the band’s new video for “Bad Will” — and then learning from said post that this is the third song premiere from Sister Faith that I haven’t heard.

“Bad Will” is one of those songs that you hear once and it stays in your head. Actually, “Bad Will” has riffs that are bigger than your head, plus a bad fucken attitude. The black-and-white video shows this bruising trio blasting the song on a sidewalk in Louisville and then getting cuffed by the po-lice for their trouble. RIghteous.

(Sister Faith is out on April 30 via Temporary Residence. Coliseum’s FB page is here.) 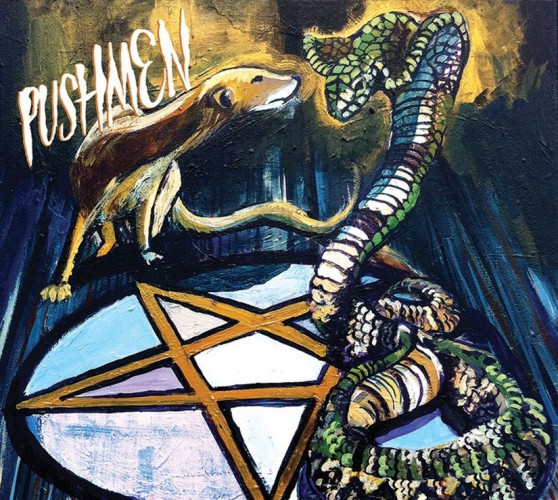 Pushmen call Austin, Texas home. That is also the place of your humble editor’s birth and the place where I spent my formative years. Correction: deformative years. Pushmen have a debut album that’s also due for release on April 30 entitled The Sun Will Rise Soon On The False And The Fair (via The End Records).

Apart from the fact that Pushmen are from Austin, I also got interested in the band because they’re made up of members from The Sword, Made Out Of Babies, Bad Powers, and Heartless Bastards, among others.  Last month they started streaming a song from the new album called “Child From Chaos”, and I heard it for the first time last night. In one package it’s dissonant, uncomfortable, howling, groaning, heavy, blistering, and memorably melodic. It’s a bit of hardcore, a bit of straight punk, a bit of stoner doom, and some napalm detonations.

Check out “Child From Chaos” below: