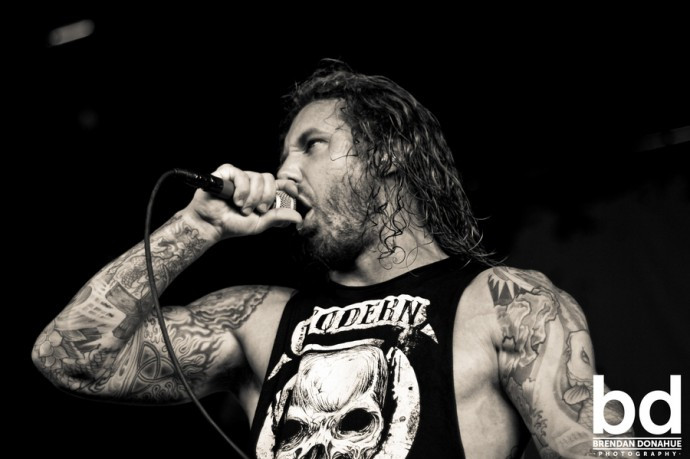 The reports don’t indicate that Lambesis has yet been charged, merely arrested. But if the reports are correct that his arrest was based on statements he made to an undercover detective, you can bet those charges will be forthcoming soon.

Lambesis and his wife have two daughters and a son, all of whom they adopted from Ethiopia.  Lambesis is also an outspoken Christian, and the lyrics of many AILD songs are based on Bible verses.

I’ve done a little looking and haven’t yet seen any reports about the nature of the problems between Lambesis and his wife or how long the troubles have been going on.

It’s obviously way too soon to be speculating about whether the allegations of the San Diego sheriff’s department are correct. But this isn’t a case where the evidence against Lambesis will be based on the testimony of snitches whose credibility may be in doubt. It will be based, at least in part, on the testimony of an undercover police detective. It will not be surprising if the evidence includes recordings of those conversations, too, especially given the amount of time between when police learned of Lambesis’ alleged interest in hiring a contract killer and today’s arrest.

In other words, this is serious.

UPDATE: A San Diego news paper (U-T San Diego) has obtained access to divorce papers filed by Tim Lambesis’ wife last year that sheds light on certain aspects of the couple’s falling out. Here are excerpts from the article, which was published on May 8:

“Meggan Lambesis, 32, filed for divorce in September, citing ‘irreconcilable differences.’ The couple had been married for eight years and were separated at the time.

“She wrote in the court papers that in the previous several months, she had seen changes in her husband’s behavior ‘that concern me regarding his ability to care for our three children.’

“’Specifically,’ Meggan Lambesis wrote, ‘he has become obsessed with bodybuilding and spends a great deal of time lifting weights, hanging out in the gym, and being unavailable to the children.’

“She said her husband had fallen asleep while supervising the children at the beach or near the pool, and would ignore them while texting or talking on the phone.

“Further, she said that Lambesis was away on concert tours about six months a year, had twice visited his then-girlfriend in Florida, and was staying at his parents’ Del Mar Country Club home. She said he spent thousands of dollars on tattoos for himself last year and purchased high-end vehicles.

“The couple sought joint custody and agreed to mediation to set visitation terms.

“Meggan Lambesis, who said she had quit teaching private school and was a stay-at-home mother, asked the court to order an expert to set the value of their community property and music-related businesses. She did not specify an amount she wanted for spousal support.

ANOTHER UPDATE: Info about Lambesis’ first court appearance and details disclosed by the prosecution about the evidence against Lambesis are summarized in this post.