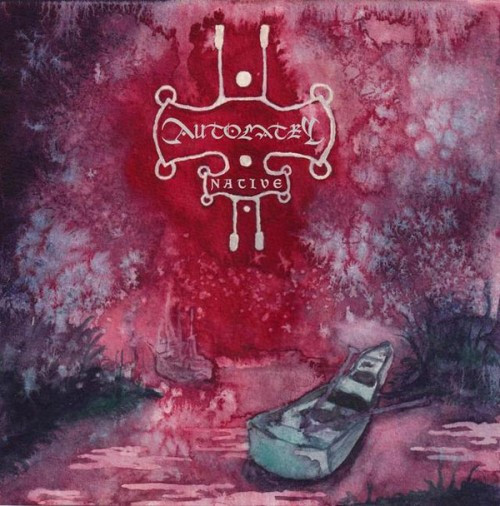 “American Black Metal” probably isn’t a valid genre label. There are too many variations in the music created by American bands who have been using, to greater or lesser degrees, the traditional elements of black metal. In fact, newer bands such as Castevet, Cormorant, deafheaven, Krallice, Nachtmystium, Oak Pantheon, Panopticon, VHÖL, and Woe probably have more differences in their approaches than they do common characteristics. In fact, I wouldn’t fight you if you argued that a few of those outfits I just mentioned shouldn’t be called black metal bands at all.

But despite the fact that no common set of traits makes it possible to anoint “American Black Metal” as a discrete genre, the term does suggest (at least to me) an approach to black metal that both pushes the boundaries associated with first- and second-wave Scandinavian bands and pulls inside those boundaries musical ideas from other metal genres, and sometimes from outside metal altogether. It’s that creative, genre-bending approach that makes bands such as those listed above so interesting.

And now I have another band whose name needs to be added to that list: Autolatry. To be clear, I don’t mean that this Connecticut group is just another example of a band who use the traditional tropes of black metal along with a lot of other musical influences. I mean they’re so damned good they deserve to be talked about in the same breath with those other excellent bands. 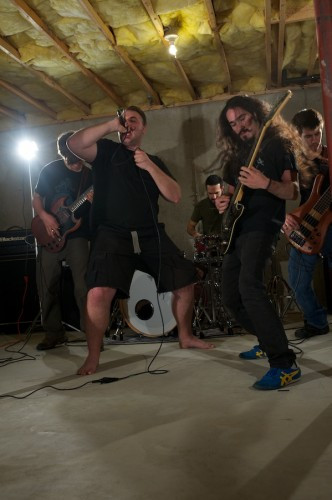 I first came across Autolatry last year when I enthusiastically reviewed their four-track EP, Of the Land. For a four-song offering, the music was quite varied and really well-performed. But Autolatry push the variability of their music even further on their forthcoming second album Native, and the skill of their performances and compositions has taken long strides ahead as well.

On top of that, Native is a true album — not merely a collection of songs, but a musical suite in which the changes in the music and the order in which the songs are arranged make listening to all of it, from start to finish, a richly rewarding experience.

The four longest songs on the album (each of them between 6 and 8 minutes in length) — “Colony”, “Unrest With the Tide”, “Pale Dishonor”, and “Native” — are fueled with high-octane gas. They’re fast, exuberant, and extravagant. They have a jagged edge, with segments of blasting percussion, ripping guitars, and shrieking vocals bathed in lye, mixed with hoarse roars (and one passage of gritty “clean” vox in “Pale Dishonor”). But that’s not all of what they offer.

These are intricate, technically demanding, multi-faceted compositions. And so the two guitarists continuously spiral around each other, with a variety of musical ideas unfolding in a kind of complex double helix. They hammer hard, they ring out in post-metal-style chords, they execute lilting tremolo melodies, they engage in extended prog-ish flights of melodic creativity. Fiery, flashy guitar solos erupt in jaw-dropping displays of fleet-fingered shred. The very prominent bass bounds about like a deer in flight, matching the guitar work in technical expertise and inventiveness. And the drummer’s expert rhythms and fills are also in constant flux, significantly adding to the already significant interest of the music.

The instrumental performances on these songs are tight as can be, and impressively skillful. Because all the instrumentalists in the band are so good, Autolatry made the right choice in the way the album is mixed: it’s very balanced, with no one instrument dominating the others. Everything can be heard, and is worth hearing.

But I said this album was like a musical suite, and there are indeed other movements in the midst of those four high-octane tracks. “Waning Moon” is a song that includes not even a hint of black metal in the mix; it’s a progressive metal instrumental track built around a beautiful lead guitar melody. And — brace yourselves — “Setting of the Sun” is a slow, light, contemplative, smooth-jazz piece performed on acoustic guitars and a tenor sax.

If you’re thinking to yourself that these two songs must have been stuck into the album as nothing more than a way of saying, “Hey, look! We can make music like this, too!” — don’t. Trust me, it works, and it works really well in enhancing the overall attractiveness of the album as something to be experienced from start to finish.

Vocalist Karl Chamberlain says that Native was a fully collaborative effort among all the band members with an underlying concept rooted in history, “telling a tale of Native American assimilation at the time of the colonial settling in New England.” He goes on to say that it was “created to flow conceptually, lyrically, and musically together” — and so it does. The thought and care with which the individual songs and the album as a whole were created is abundantly evident.

I guess it’s also abundantly evident how much I like this album. Native is top-shelf, expertly performed, tremendously interesting progressive black metal that deserves a wide audience.

The album will be available June 18 digitally on Bandcamp and all other digital marketplaces. Digipack CD’s will be available from Autolatry’s merch portal. The relevant links are below, followed by the song “Pale Dishonor”, which premiered late last week.