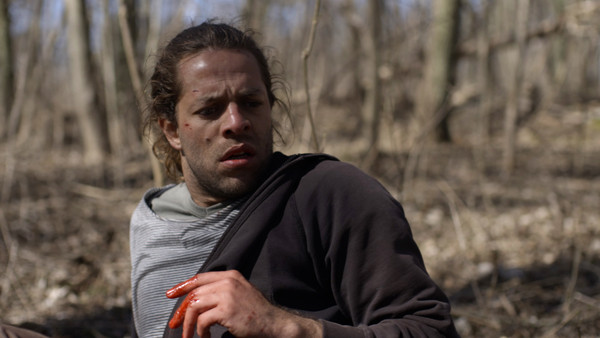 This is about yet another crowd-funding campaign. This one is very interesting on several levels. In a nutshell, the objective of this campaign at indiegogo is to finance a feature-length film named Postpartum. The director is Michael Panduro, who has a long list of noteworthy music videos to his credit, as well as commercials and short films. His music videos include “Ohrwurm” for Cephalic Carnage and “Tarnished Gluttony” for Job For a Cowboy. That “Tarnished Gluttony” video, which I wrote about at length here, is still etched in my mind, one of the best metal videos of 2012.

The fact that Michael Panduro is behind this project is one of three things that made this very interesting. The second, which I’ll come back to in a minute, is the subject matter of the movie. And the third is a perk being offered at indiegogo for contributions toward the making of the film. It’s a music compilation that has drawn support from a bunch of killer bands. The tracklist was just finalized today. It includes 21 songs, six of which have not previously been released, and more than 75 minutes of music. It will be made available as a digital download at the end of the campaign for a contribution of $15.

The bands who have contributed music to the comp include Cephalic Carnage, Job For A Cowboy, The Psyke Project, Retox, Saint Vitus, and ZEUS!. The previously unreleased tracks come from Bless Yr Heart, Fuck the Facts, Kount Rotttula, Medeia, Nasum, and Rwake. Here’s the entire, now-finalized tracklist:

Now, back to the subject matter of the film. To quote from the description at indiegogo:

“Postpartum” is a feature length tale of having children – and all the bodily horrors that come with it. It’s a psychological, slightly surreal and very gory horror-film, that plays on the idea of children as parasites and explores themes not normally seen in Danish cinema. Think Cronenberg’s “The Brood” mixed with Von Trier’s “Antichrist” and you’re getting close.

So yeah, that interested me — and I’m not even a big fan of horror. Hell, I got queasy and had to hide my eyes just watching the video trailer for the music comp, and it’s tamer than than the trailer for the film. I admit it: I’m a pussy.

The script for the movie is finished, and a lot of other experienced people have signed on to get the movie made (you’ll see background info about many of the key people here). The goal is to begin filming in August.

The target of the indiegogo campaign is $20,000. That’s obviously not going to cover the whole cost of filming a feature-length movie; it’s intended to fund rental of camera and lighting equipment and to demonstrate to potential investors that there’s an audience for a film like this. So far, about $3,700 have been raised, with 29 days left to go in the campaign. I’ve already tossed in my own contribution. Go HERE to get more info and see the list of other perks. There’s a Facebook page for the project at this location.

And now, here are the two videos, one for the movie and one for the music comp (which features a song on the comp by The Psyke Project). The first one is probably NSFW.