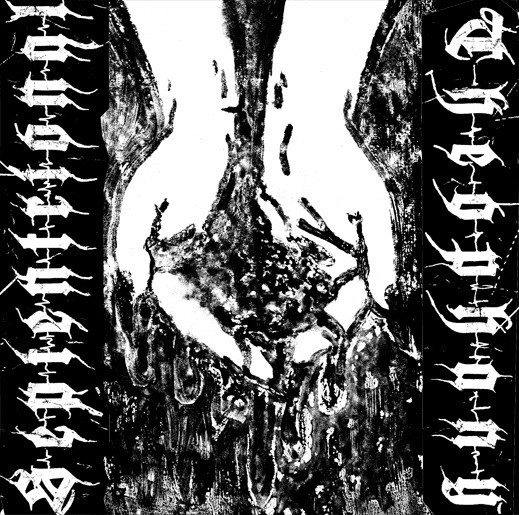 I like to think I do a decent job of keeping my eyes open for new releases by bands I like, including bands and labels who don’t send out lots of press releases or advance promo copies to NCS. But I completely fell down on the job in the case of Canada’s Antediluvian, despite the fact that I was powerfully impressed by both their 2011 debut album Through the Cervix of Hawaah (reviewed here) and their 2012 split with Adversarial (reviewed here). Just how badly did I fall down? Well, for starters, until yesterday I completely missed the fact that Nuclear War Now! released Antediluvian’s second full-length album — Logos — in April.

And to top that off I also failed to notice that two previously unreleased tracks recorded at the same time were released in May as a 7″ vinyl EP (entitled Septentrional Theophany) accompanying the premiere issue of a zine called Haruspex. The zine, written by Jason Campbell with artwork by  Tim Grieco (Haasiophis of Antediluvian) was originally intended for release in support of NWN! Fest III, but apparently will be an ongoing thing. It’s being sold, along with the Antediluvian release, by Nuclear War Now! at this location.

Obviously, having just discovered these two oversights yesterday, I don’t have either release in my grubby claws yet. But I did listen to the two songs from Septentrional Theophany on Bandcamp. If it’s possible for music to be both primitive and avant garde, that’s what these two songs are.

The music is dense and murky, thick with grinding, swarming guitar noise and the earthquake rumble of the bass. Despite being shrouded in a fog of miasma and an enveloping air of suffocating doom, however, there is an underlying intricacy to the music, which becomes more evident on subsequent listens. It’s like the movements of a school of piranha tearing at something just below the surface of a black river.

The guttural vocals are themselves like something welling up from deep water, the awful incantations of a leviathan, although I can swear I also heard, very faintly, the wailing of ghosts in these songs. Or perhaps those were just guitars tuned to sound like ghosts. 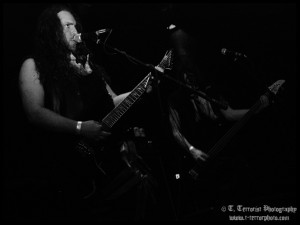 However, perhaps most compelling of all the facets in these songs is the drumming by Mars Sekhmet. The muffled thump and whump gives the music a tribal, ritualistic air, and yet her rhythms have an off-kilter quality that confounds expectations and ultimately proves to be riveting.

I think I’ll shut up now and let you listen for yourselves. But whatever you do, don’t go listen to Logos yet. It’s important that I first tell you what you’re going to hear before you hear it.

Aw hell, who am I kidding. I’ll give you the link to Logos down below, along with everything else. 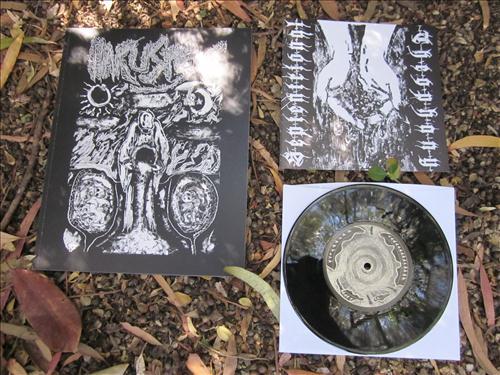