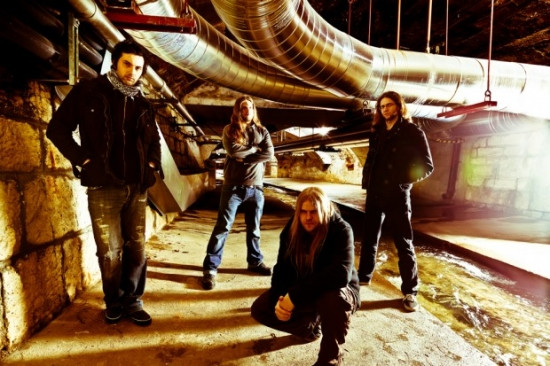 Speaking of music I’ve loved since the first time I heard it, let’s turn to Zatokrev. I’ve written repeatedly about this Switzerland-based band and the music from their excellent 2012 album The Bat, The Wheel, and A Long Road To Nowhere, despite the fact that I’ve been too half-assed to ever give it a full review. And I’m doing it again now.

Today brought us the premiere of an official video for “Medium”, from that album. Like the album as a whole, the song crosses many genre boundaries. It transitions repeatedly, it holds the interest, it’s vicious, crushing, and memorably melodic all at the same time. And the video, which was filmed and produced by Steve Diener of Afrox Films, is a head-trip and a half. Watch: 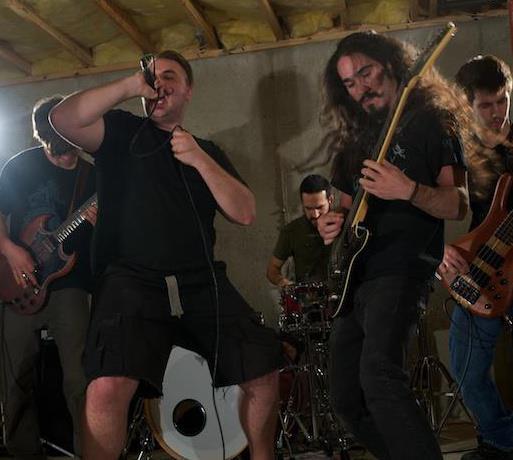 As I explained in detail two months ago, I’m really impressed by this Connecticut band’s latest album, Native. It’s intricate, technically demanding, multi-faceted music that defies neat genre descriptions, though I suppose “progressive black metal” comes close — at least on some of the songs.

Today the band premiered an official video for one of my favorite tracks, “Colony”. The black-and-white video (directed by Simeon Kondev) is just the band performing the song in a no-frills space, but I thought it was well-shot and well-edited, strobing between shots of each band member performing solo and then eventually all together, with the visuals seamlessly synced to the music.

It also occurred to me that if it were me in this video, I’d be ridiculously self-conscious. But each of these guys, just doing this “naked” in front of a camera with no audience, really threw themselves into the performance with passion, and that’s an accomplishment all by itself. 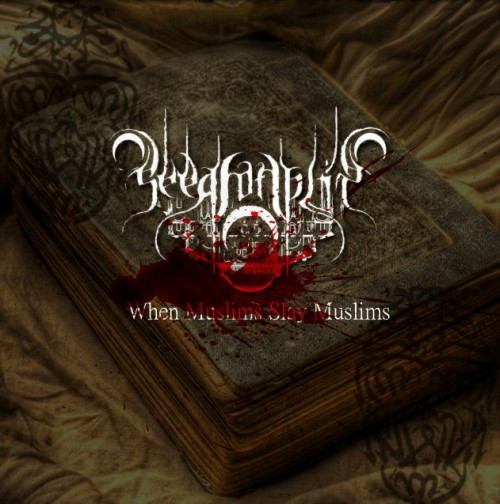 I first heard of this Iraqi black metal band back during a controversy that erupted in July 2012 (recounted here) over another Iraqi band named Janaza and an interview conducted by Kim Kelly of Janaza’s front-woman, “Anahita” — who is also one of two women in Seeds of Iblis. Doubts were raised back then about the authenticity of certain claims that Anahita made in the interview, though the doubts seemed to stem entirely from the fact that certain band photos were phony. Here’s one response that later appeared on the Seeds of Iblis Facebook page:

“First of all, about the hoax thing, its really stupid that people outside would really think that we have the power to publish our real photos, I guess the whole world saw the brutality of Islam by killing the American ambassador in Libya because of a film about Islam, I wonder how people outside the Arabian borders think that we can rescue our life by publishing such thing, we can chose fake images and publish our music while feeling safe that we wont be killed the other day.

About believing us if we are Iraqi people or AMERICAN PEOPLE, we are not rescuing our souls to prove this to anyone, especially for the press, because the press is mainly the only reason that caused the death of about 100 metallers in IRAQ in the beginning of this year.

at the end I only can say MUSIC TALKS, the message behind our music is more important that who we are, its not about fame and its not about MONEY, its about A MESSAGE, A MESSAGE for all the world to hear !”

About a week ago Seeds of Iblis released a new single named “When Muslims Slay Muslims”, with this introduction that appeared on the band’s FB page:

“Behind all the violence of the Islamic terrorism against the world, a lot of people don’t know that inside the Islamic regions, the Muslims are divided into many cult groups, each group kill the other in the name of Allah.”

These are the lyrics:

I don’t know much more than I’ve written above, or read in Kim Kelly’s interview, about the people or the circumstances behind Seeds of Iblis, but I can’t help but be intrigued by the idea of an Iraqi band using black metal to rail against Islam (and Muslim jihadists), at the risk of their own lives.

In the end, however, the music has to stand on its own, and it does. The new song is a mid-paced atmospheric piece, grim and searing, with acid-bathed vocals, a penetrating guitar line, and dramatic keyboard and violin accompaniment. I like it. Check it out below.

For more info about other Seeds of Iblis releases and how to get them, go here:

10 Responses to “SEEN AND HEARD: DEVIN TOWNSEND, ZATOKREV, AUTOLATRY, AND SEEDS OF IBLIS”