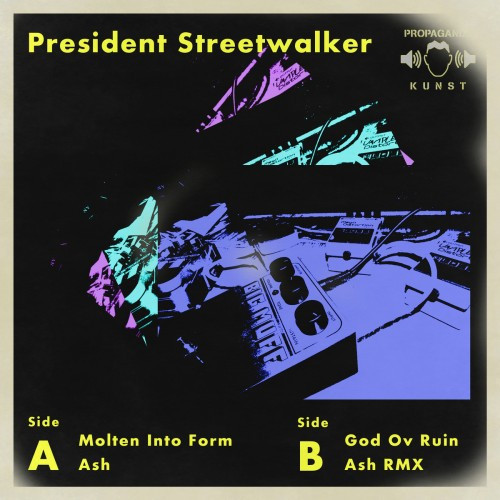 (DGR digs deep into the underground with this review of the first EP by a band who’ve named themselves President Streetwalker.)

Occasionally while surfing music you’ll come across a band right as they are getting their start. Such was the case with President Streetwalker, a group I found while investigating what another band I enjoyed (Khaozone) was up to. When I went to their page, I found a post about this band, only to discover that guys involved with one had split off to do this as well.

The group consists of vocalist Lucem Fero – who has been around quite a bit within the specific circle of Khaozone, Tyrant Of Death, his own solo projects, and this — and instrumentalist/vocalist Candy, who is responsible for all of the noise on top of the occasional vocal contribution. President Streetwalker pitch themselves as grind for the people, while being one of the most insanely noisy, chaotic groups out there and one that reaches far beyond the realms of their initially stated genre.

The Streetwalker EP is a four-track monster that begins with two songs that remain heavily in grind territory while incorporating some industrial elements — those are probably the closest I’ve ever heard a band come to intruding on The Amenta’s territory, something that I hadn’t thought possible. 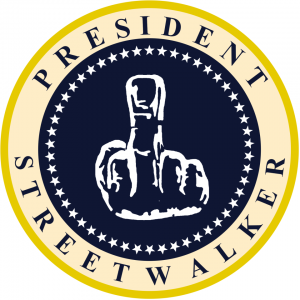 Those two grind and death metal monsters, by the names of “Molten Into Form” and “Ash”, are then followed by a six-minute epic known as “God Ov Ruin” that sees the band alternating between grind, black metal, and death at the drop of a hat. The closer is a remix of “Ash” that makes the song almost unrecognizable under a layer of distortion and noise, with abrasive drum samples over the top of it.

The band may initially present themselves as a grind band with the song “Molten Into Form”, but they never stay within those boundaries. “Molten Into Form” is true to its name, a furnace-hot, searing blast of metal surrounded by electronics and noise. The song is one of the many that can be called anger personified. With the black metal vocal stylings of Lucem Fero booming over the top of it, it could almost be mistaken for an Anaal Nathrakh track, barring its short length.

“Ash” and it’s remix are both in the three-minute realm, coming off more as industrial death metal songs, “Ash” moving at a pretty good clip and then it’s remix slowing things down. “Ash” itself has some pretty heavy grooves throughout, the type that can result in whiplash headbanging. The remix obscures most of this, instead sounding like a computer that went insane with movie samples and then found the most abrasive drum sample this side of Iperyt’s 2011 disc No State Of Grace – which saw that band just bounding away on a distorted bass drum sample until it actually hurt to hear it. “Ash RMX” does that to similar effect – although only in the middle. The rest of it comes off as a twisted form of its brother track’s own distorted and violent insanity.

“God Ov Ruin” is a slow dirge of a black metal track (ten instant kvlt points for spelling ‘Of’ as ‘Ov’!) that suddenly takes on new form within the last forty seconds. It’s such a complete 180 from the two previous songs that President Streetwalker come off a little schizophrenic, though the whole EP takes many other violent twists and turns within the minutes prior to that song. “God Ov Ruin” has Lucem going gutteral, on top of slow, distorted sludge speed riffs, the whole song an exercise in fusing black metal with doom to an almost Monotheist-era Celtic Frost extent – before it suddenly drops into a heavy groove-metal riff for the last forty seconds. 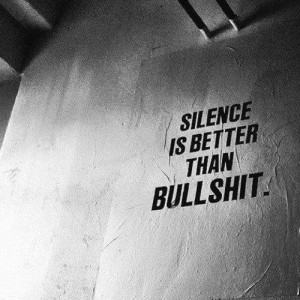 Right now, the Streetwalker EP is available for 3 funny moneys – which for four songs is a pretty good deal. As a proof of concept and an intro to the band, President Streetwalker provides a really good idea of the spectrum the band hope to cover. They’re plainly capable of kicking out a variety of things, but all of them will be capably abrasive, violent, and insanely fast.

The four songs do go by really quick, coming in at a quick fifteen-minute hit, and then its done. Each track has its own identity, and with the short track lengths, the band are capable of getting multiple spins without the listener even noticing. “Molten Into Form” is a really hard hit that just smashes everything into the ground and is one hell of an intro. The rest of the EP ventures to a variety of heavy, interesting places and is worthy of a listen. This band truly deserves a chance, especially with an opening mission statement as good as this one.