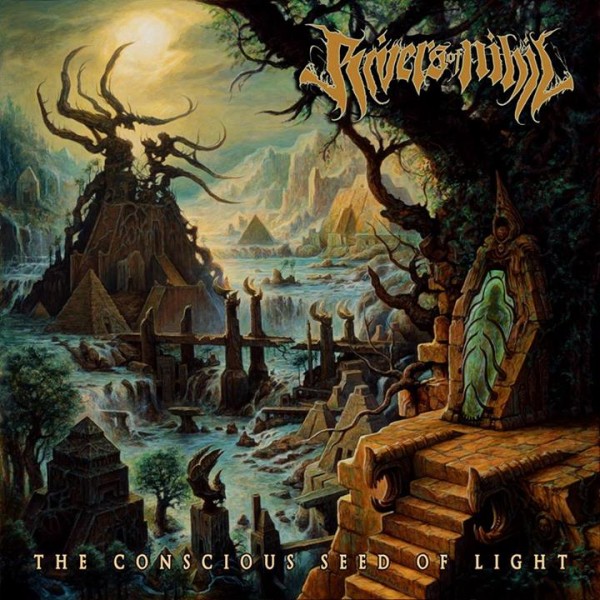 Here are a few things I saw and heard last night that I thought might be of interest.

We’ve been following Pennsylvania’s Rivers of Nihil since all the way back in January 2012. Last December we reported that they had signed to Metal Blade Records and would be recording their full-length debut for the label with Erik Rutan (Hate Eternal) at Mana Recording Studios in March. We also streamed a demo version of a new song that will appear on the album named “Rain Eater”.

Yesterday we got a good look at the album’s cover by veteran metal artist Dan Seagrave, and it’s quite the eye-catcher, don’t you think? We also got the album’s name (The Conscious Seed of Light) and the release date: October 15.

On July22 , the band played one of the new tracks — “A Fertile Altar” — live at Saint Vitus in Brooklyn, and it was caught on video. The sound quality is good and the song rocks hard. Check it out next. 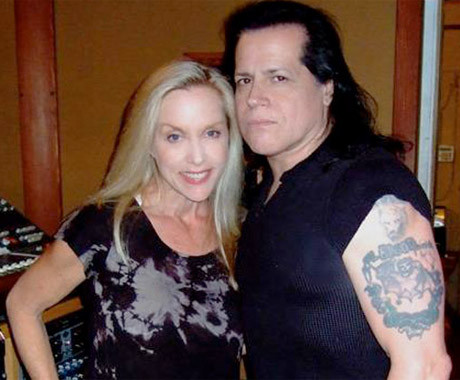 2013 marks Danzig’s 25th anniversary, and he’s been touring in celebration of the milestone all year. He has also been working on a covers album that’s been mentioned off and on for quite some time. Last night one of the cover tracks began streaming on Danzig’s web site, and it will apparently stay there until the end of August.

When you think about what kind of songs Danzig might cover, given how long he has been around and how much of a mark he made on different genres of rock, punk, and metal, would you have guessed “Some Velvet Morning”, originally recorded as a duet by Lee Hazlewood and Nancy Sinatra in 1967?  Yeah, me neither.

On the cover, Danzig is joined by former Runaways singer Cherie Currie. Thankfully, it doesn’t sound much like the original. Danzig’s baritone makes it sound spooky and gothic, and the cover ends with an apocalyptic guitar solo.  Of course, it got uploaded to YouTube, so here it is — or check it out on Danzig’s site at this location.