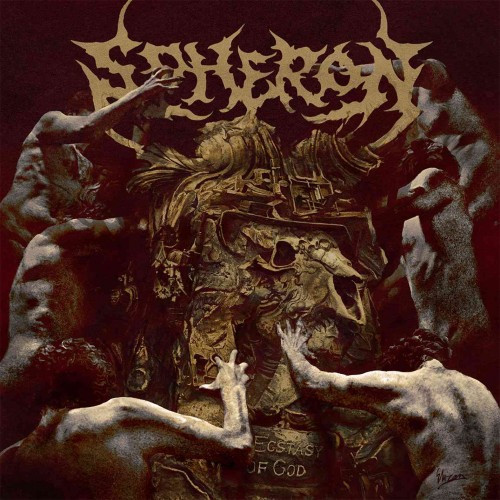 (While attending the NCS Confab in Seattle, TheMadIsraeli managed to write this review of the debut album by Spheron, from Ludwigshafen in the south of Germany.)

It’s been awhile since any of us have turned in anything here except for Andy and DGR managing to scrape some shit together earlier this week, and I started to feel overwhelming Catholic guilt about my lack of effort.  I was wishing there was good shit coming out that we all hadn’t heard yet.   But in an odd move, it looks like what’s left for me now is to go back earlier in the year and pick up some things that we missed.

Our Best of 2013 So Far readers’ poll ended up providing me with a real treat.  I had seen the cover art for Spheron’s debut album before, and then saw  them mentioned in the aforementioned post.

Spheron are really the argument for the idea that finally seeing another Necrophagist record would amount to nothing more than complete and utter disappointment.  So many bands have taken what that band has done and stepped it up so much, and are much better songwriters to boot.  Spheron definitely have the songwriting down, as well as the technical chops and overall sound to match up with death metal greats. 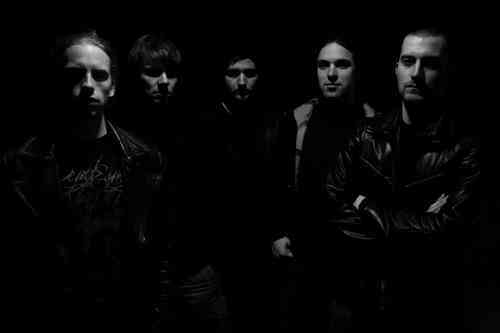 A little bit of Necrophagist, Obscura, Old Man’s Child, Death, and Suffocation all mixed together are at the core of what they offer.  The music is technical, very alien, and ominous in that Nile sort of way, while laying groundwork backed by the trademark heft that so much metal from Germany seems to have. Progressive song structures and sections are all over the place, as well as a commitment to some downright terrifying sounding layers of blackened chord work, synths, and messy melodies that almost phase into each other, producing an effect that’s spine-chilling; Ecstasy of God is definitely an underdog death metal highlight of 2013.

Most of Spheron’s music follows this pattern, maintaining a refined — really refined — balance between melody and atonality.  Not one shift between either on this album feels forced, shaky, or questionable.  It’s quite obvious these guys spent a shitton of time composing these songs.

On the guitar front Spheron love their dual guitars and counterpoint interplay.  The counterpoint interplay is the bigger factor on the album, as the riffs follow an interesting pattern where they’ll play the same thing for a few seconds, diverge for a few seconds, and then lock back in. It makes the music not only compelling but really fucking fun to listen to if you’re into analyzing the instrumentation of things.  The band are really at their peak when this interplay and dual-guitar action are at their zenith.  Songs like “Clasp the Thorns”, “Saturnian Satellites”, and “Five Degrees” are pretty much made by the guitar interplay — where it’s located and how it’s implemented.

Honestly, I’m dazzled by what Tobias Alter and Mark Walther accomplish on the album.  They’re astonishingly great guitarists, both individually and as a pair.  Daniel Spoor is no slouch as a vocalist either, providing a beastly, vomity roar and a blackened shriek that strips paint off walls.  I also really enjoy the rhythm section of Matthias Minor on bass and drummer Tobias Blach, both of whom are tastefully and technically proficient in their own right.  They add to the music with a skilled sense of what to do when, where, and how.  Also, I’m a sucker for the album’s old school, earthy mix.

Ecstasy of God is definitely an album that needs to be heard;  I can’t adequately quantify what it delivers.  It’s an amazing album, and I have a feeling I’ll be spinning it a lot.  I really look forward to see what Spheron bring in the future.

Ecstasy of God is out now on the Apostasy Records label and is available from Amazon, iTunes, and Apostasy.

6 Responses to “SPHERON: “ECSTASY OF GOD””