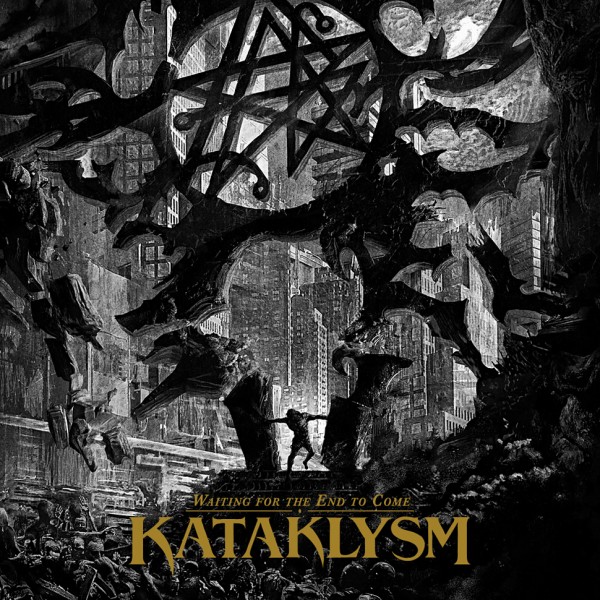 Nuclear Blast will be releasing the latest offering by Kataklysm, Waiting For the End To Come, on October 29 in North America. Yesterday they brought us the first advance track from the album, “Kill the Elite”. I don’t consider myself one of the elite, but it sure as fuck did kill me. The Great Northern Hyperblast has been unleashed once again. Utter decimation. Fire and brimstone coming down from the skies! Rivers and seas boiling! Forty years of darkness! Earthquakes, volcanoes, the dead rising from the grave! Human sacrifice, dogs and cats living together… mass hysteria! 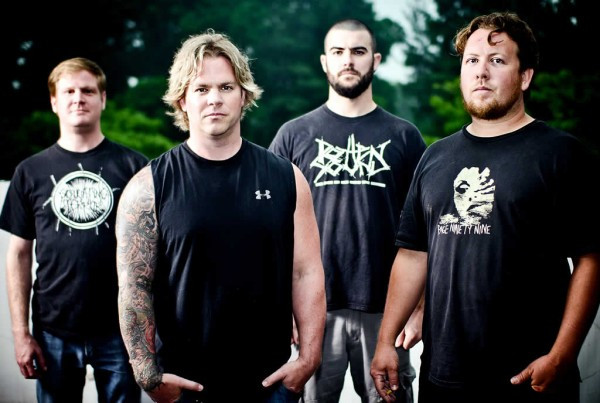 Actually, the song is called “The Octagonal Stairway”, which must be a reference to what the song will push you down — eight stairways at once. To download the new song for nuthin’, go to this page (where you will be blasted by the music without warning) and look for the text in the lower left hand corner that says “NOW PLAYING”. Then click the arrow pointing down. 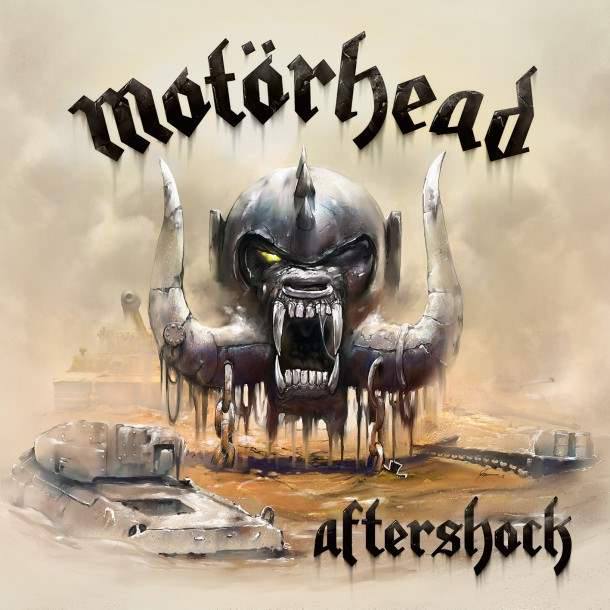 I know I’ve heard this band’s name before. It’s really ringing some bells in my head. I just can’t place where I’ve heard it. They must have decent music because the artwork for their next album, which we got to see yesterday, looks pretty fuckin’ sick.

Oh shit! I just read that this album Aftershock is something like their 21st album! And something called Classic Rock magazine is selling not only a pre-order of the album but also “a 132-page magazine that forms the ‘ultimate sleevenotes’ to the new release, with extensive and exclusive interviews with Lemmy, Mikkey Dee and Phil Campbell.” Who are those people? I wonder if they’re in the band. I guess we’ll find out on October 21 when the album is due for release. 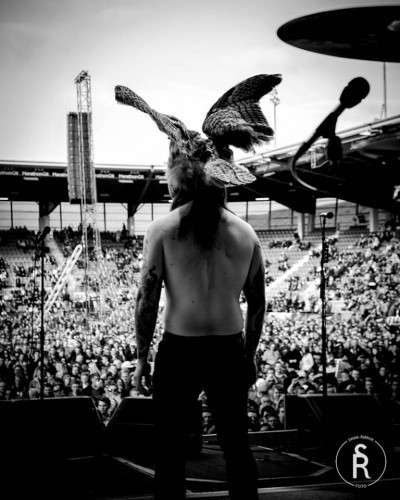 Only yesterday we blabbed about a new NorthAm tour headlined by High On Fire and including Norway’s Kvelertak — who I have managed to miss every time they’ve come to Seattle, but who I really want to see live. During that afternoon when I wasn’t paying attention, Kvelertak uploaded a teaser for a new music video for the song “Evig Vandrar” from their latest album, Meir.  I usually don’t bother posting about snippets of anything because I usually find more than enough complete songs and videos to write about every day. But this one looks so cool that I’m making an exception. The video was made by someone or something named Torjus. 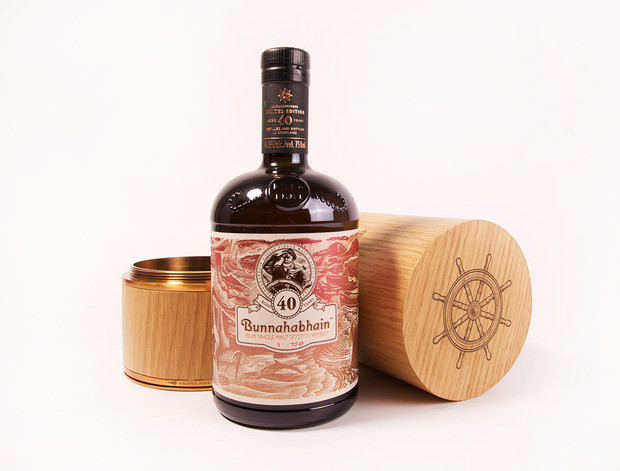 “Quietly hidden for over 40 years within the prestigious Bunnahabhain distillery on Scottish island Islay’s northern shore, a long-forgotten maturation continued to develop. When reviewing ledgers dating back decades, master distiller Ian MacMillan uncovered a missing series of Turney casks considered by some to be the finest oak casks ever made. Much to his surprise, the casks were filled with maturing malt whisky. This significant discovery has lead to Bunnahabhain’s latest release, a one-off rare single malt that will delight not only fans of the 130-year-old distillery, but scotch drinkers everywhere.

“Coppery gold in color, the “40 Yo Islay” carries a rich complexity, with honey and ginger, spicy and nutty notes, and even a hint of sea salt. Lingering citrus and a tropical fruit bouquet leave a vibrant finish, with the latter pertaining to its time spent in the sherry wine oak casks. This all begets sheer drinkability and a lightness on the tongue. Unlike other distilleries in Islay that focus on peatiness, Bunnahabhain embraces a less-smokey taste, yielding an ease to the alcohol. Its entire flavor profile delivers all that—and a good story as well. It is nothing short of a treasure for connoisseurs.

“This run is limited to only 750 bottles globally, with 212 in the US. Each is individually numbered and delivered in an oak gift box. Renowned illustrator Iain McIntosh was commissioned for the specially designed labeling, which carries secrets itself. You can purchase Bunnahabhain 40-Year-Old for between $2,800 and $3,200 at select retailers.”

Okay, I know this doesn’t have anything to do with music, but I’m thinking of starting a crowdfunding campaign to raise the funds needed to buy one of these bottles. Would you donate? 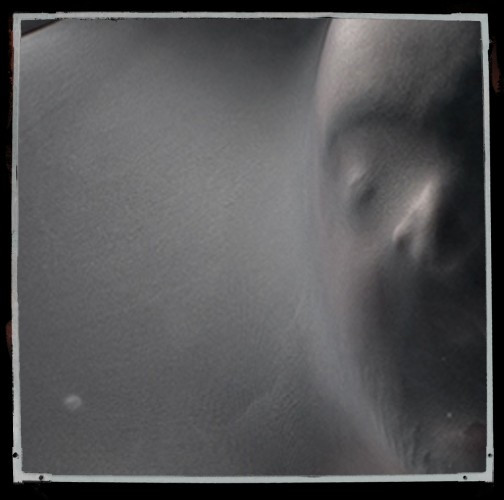 Okay, back to metal. 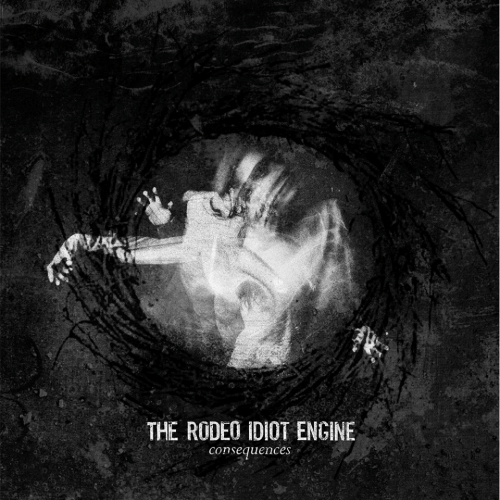 The Rodeo Idiot Engine are a metal band from the Basque Country (Euskall Herria) — that cultural region that spans the border between France and Spain on the Atlantic-coast side of the Pyrenees Mountains. I last wrote about them more than three years ago, reviewing their debut EP, The First Fall. Now they have a new album out via Throatruiner. Entitled Consequences, it can be streamed, downloaded, and ordered on vinyl here.

Yesterday they premiered a music video for the title track. The song is an explosion of furious hardcore/mathcore insanity, like an alcohol-fueled, throatruining brawl between Dillinger Escape Plan and Converge. And the video is really, really well-done; credit to As Human Pattern (Grégoire Orio & Grégoire Couvert) for this fascinating film. Watch and listen:

Consequences THE RODEO IDIOT ENGINE from AS HUMAN PATTERN on Vimeo. 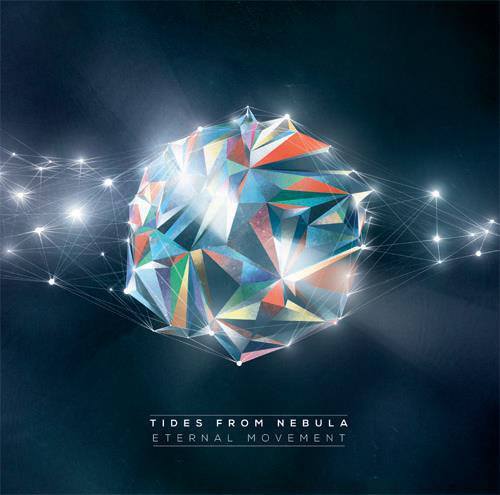 And now for something completely different. Tides From Nebula are a Polish band I discovered via a press release we received yesterday. They have a new album named Eternal Movement due for release later this fall via Long Branch Records. They’ll also be touring Europe with The Ocean later this year.

Yesterday they began streaming a track from the new album named “Only With Presence”. It’s instrumental post-rock, which isn’t normally my cup of tea, but this song has really grabbed me. It swirls, it jumps, it floats, it’s got a very catchy beat, it has penetrated the vicious, thorny musical barriers in my head and survived. Stream it via one of the two players below.

4 Responses to “SEEN AND HEARD: TOO DAMNED MANY THINGS TO PUT IN THE TITLE OF THIS POST”