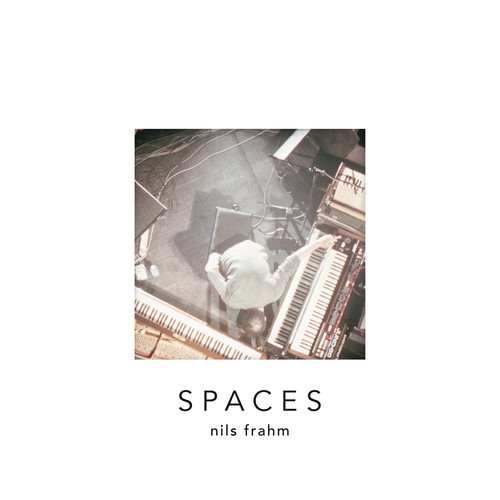 We’re actually going to have a “THAT’S METAL!” — BUT IT’S NOT MUSIC” post today, but we’re beginning with something on the flip side of that, using a title that I think BadWolf originally coined for something else we posted that doesn’t fall within our usual ambit. We don’t do this often, because we know people don’t usually come here for non-metal music. Also, I almost never listen to anything but metal. But I did yesterday.

One of the blogs I follow is written by fellow Seattle-ite Gemma Alexander. Yesterday she wrote about two live performances she caught on Friday night at Seattle’s Decibel Festival, “a world class celebration of underground and experimental electronic music”. Her vivid description of what she saw and heard (which I highly recommend) intrigued me so much that I went in search of music by the two performers — Nils Frahm from Germany and Ólafur Arnalds from Iceland.

Later, having spent more than an hour immersed in the music of both, I decided I ought to share what I found, because it’s pretty amazing.

Nils Frahm is a Berlin-based contemporary/experimental composer whose principal instrument is the piano — and an assortment of electronic effects that transform the sound. I gather that in his live performances, Frahm improvises and experiments, in essence creating new works using his recorded music as the template. Here’s how Gemma described what she witnessed:

“Frahm played two pianos (one upright), and two keyboards wired into a processor of some kind. He used them all to make sounds persistent and abrasive enough to make noise rockers jealous, often simultaneously playing the most lovely piano melody. You could hear the hammers returning to rest on the upright piano. You could hear the piano stool creaking as he stomped on the wooden floor, keeping time with his foot. All of that was part of the composition. . . .

“. . . It was often impossible to tell whether the music came from the piano or the processor because Frahm could make the piano sound so unlike piano. At one point, he beat a bongo rhythm on the strings inside the piano with mallets. The final song began simply. Beautiful and traditional, it imperceptibly built in speed, tension, and dissonance until Frahm’s hands looked like a photograph taken with insufficient shutter speed.” 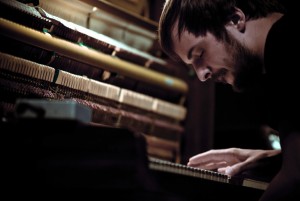 One of the videos I found was a live performance that Frahm gave in New York in June of this year. I later discovered that the first song on the video, which could easily have been the last song that Gemma described, is a new composition named “Says” that will appear on Frahm’s next album, Spaces. Spaces is itself a collection of live recordings performed at different locations over the last two years on equipment as varied as old portable reel-to-reel recorders and cassette decks.

It begins with a looping, ephemeral keyboard melody, on which Frahm increasingly adds layers, including haunting ambient shimmering and wistful piano notes. It builds in volume and intensity (and distortion), multiple piano melodies intertwining with each other and changing in tone as the song moves toward its climax. Mesmerizing.

Spaces will be released November 18 by Erased Tapes both digitally and on CD and LP. It’s up for pre-order here in the US. Frahm’s last album Screws can be streamed and downloaded for free at this location. Below I’ve included the version of “Says” that will appear on the new album as well as that video of Frahm’s live performance of the song in New York (the video includes a second fascinating composition as well). 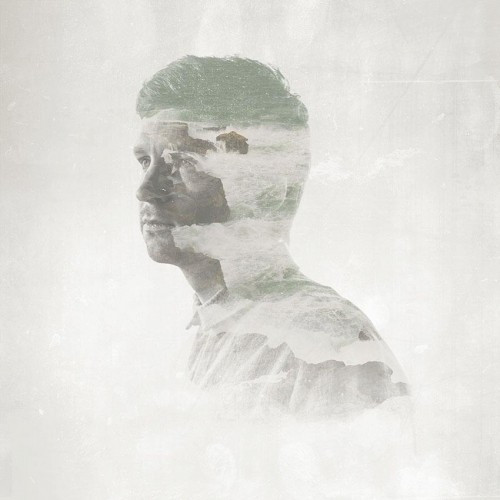 I first came across the name Ólafur Arnalds when preparing to review Heaven Shall Burn’s Invictus album, because he composed and performed that album’s opening and closing tracks. Although he apparently has roots in the hardcore and metal scenes, he is now known for his “new classical” recordings.

When I decided to delve into his music after reading Gemma’s live review, I started with video of a set that he performed at the 2012 edition of the Iceland Airwaves festival in Reykjavik. I’ve included video of one song below (“Ljósið”), in addition to film of the entire set.

At the beginning of the set, which you’ll see at the outset of the longer video, he did something that he also did at the festival performance that Gemma saw in Seattle.  He asked the audience to sing a C note (and then an E note) and he recorded and looped those sounds via his iPad. Then he, a violinist, and a cellist performed music over the droning of those notes, with Arnalds also doing various things with his iPad as the song unfolded. Fun to watch and beautiful to hear.

The entire Iceland Airwaves set is beautiful, though much less experimental and much more accessible than Nils Frahm’s music. Arnalds’ latest album (released earlier this year), is For Now I Am Winter. I also listened to three tracks from that album, with vocalist Arnór Dan performing on two of them. The use of electronics is more pronounced on these pieces than in the music as performed during the Airwaves set, but the music is no less gorgeous. The songs are dreamlike and sometimes sorrowful, a very far cry from the head-wrecking music I usually listen to. I guess I needed the recuperation.

All three songs are below. My favorite is “A Stutter”; it’s sublime. I hope you get something out of them, too. And finally, I’m including Arnalds’ short intro and outro tracks from Invictus.

P.S. If this is all too mellow for you, just stay tuned because the music in the next post is a nightmare that will tear your mind apart.

9 Responses to ““THAT’S MUSIC!” — BUT IT’S NOT METAL: NILS FRAHM AND ÓLAFUR ARNALDS”