The subjects of this post are three full-album streams now available for listening.

The first is Gators Rumble, Chaos Unfurls by the French band Glorior Belli. It will be released on November 12 by Agonia Records. Our man BadWolf gave it a favorable review here. Three of your five regular NCS writers consider it one of the year’s best albums (and the other two haven’t weighed in). The full stream premiered yesterday at Stereogum, but you can also listen to it here, after the jump.

The second is a full stream of the new album by Sepultura, The Mediator Between Head and Hands Must be the Heart, which will be released in NorthAm by Nuclear Blast on October 29. In the US, the album is streaming exclusively at Metal Sucks, so you’ll need to go here to listen.

In light of certain accusations leveled at Nuclear Blast for not playing nice with web sites who don’t favorably review their releases, I thought it interesting that MS was selected for this stream, since their reviewer didn’t treat the album very well. We haven’t reviewed the album yet, and I haven’t heard it. But it’s Sepultura, and I thought that fact alone made the stream newsworthy. Here, by the way, is the album cover: 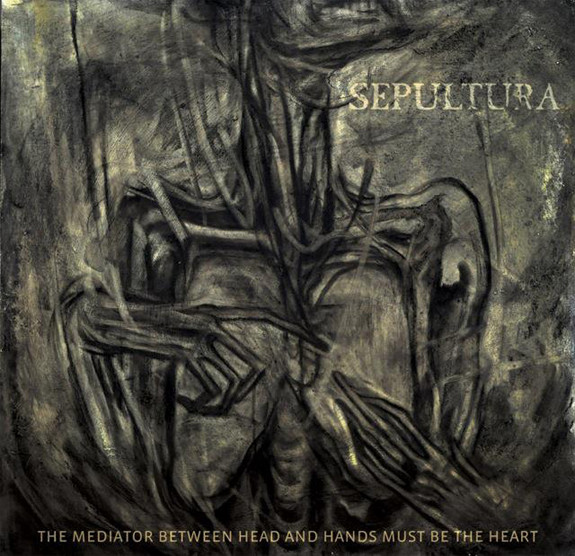 And finally, we have this: 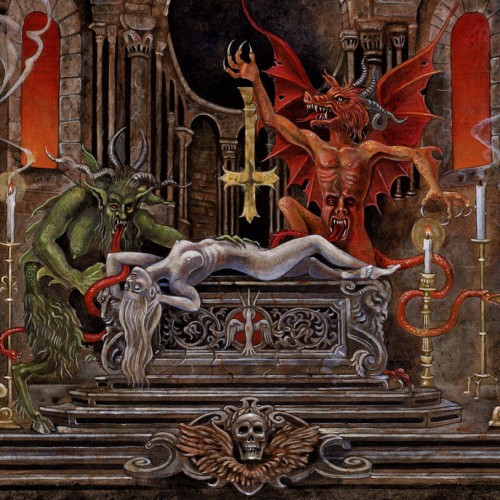 This is another album I haven’t heard yet, but again, because of the band’s notoriety I thought it was a newsworthy development. Also, Terrorizer writes that the new album “finds Profanatica on top form, belting out all manner of blasphemous filth and demented, head spinning riffs. The band still sound just as endearingly depraved and maniacal as they did on that first demo tape over 20 years ago, which in itself is no mean feat.” Also, the album features song titles such as “Ruptureholyhymen” and “Foul the Air With Blasphemy”.

You can listen to this depravity below, along with that Glorior Belli stream.