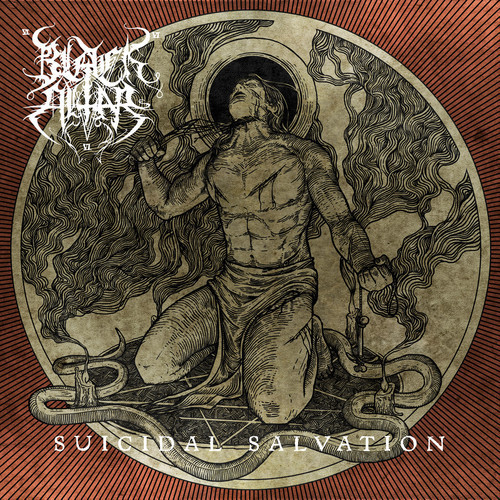 We’ve already delivered quite a flood of posts today, at least measured by our modest standards, but since tonight is the most metal holiday of the year, I couldn’t end our posting day without a round-up of newly discovered music suitable to the occasion. This is a big bag of special treats for your ears, the musical equivalent of those apples embedded with razor blades and worms that I like to keep around in case any neighborhood brats come calling. Just think of it as a big playlist of putridity, and feel to skip my words, as long as you don’t mind the thought of me weeping.

Black Altar are a black metal band from Olsztyn, Poland, with two albums and assorted shorter releases to their credit since 1997. Their latest offering is a five-song EP named Suicidal Salvation. I had never heard Black Altar’s music before, and all I knew about this EP was that it includes songs that were intended for a split with Shining that apparently didn’t come to pass.

I found two streaming examples of the EP’s music — a full track named “The Sentence” and a teaser reel of excerpts from all the songs. I’ve embedded both of them below. But I’m so taken with the band’s music that I also found two of the four tracks that they contributed to a 3-way split (Emissaries of the Darkened Call — Three Nails In the Coffin of Humanity) with Thornspawn (Texas) and Varathron (Greece) that came out at the end of 2012. Those songs are “I’m Demon” and “Nighthunter”.

“The Sentence” is an especially nice touch for this Halloween, with its spooky piano introduction followed by a ripping, roaring, bat-winged swarm of fleet-fingered riffing and tumultuous drumming. The melody is eerie, the guitar machinations have interesting progressive touches, and the vocals are wondrously evil. But all the songs below are slayers. 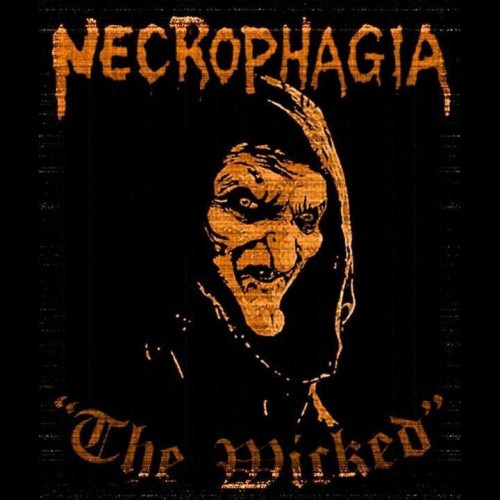 Today our friends at Season of Mist were nice enough to give all of us their own little Samhain treat in the form of a new free single by Ohio death metal veterans Necrophagia. This tasty monstrosity helps fill the gap between the band’s 2011 album Deathtrip 69 and a new album — White Worm Cathedral — that’s projected for release by SoM next year. The song is named “Wicked” and it’s available on Bandcamp. Man, do I like this horrorshow of a track. It’s a sure-fire headbang trigger that transitions from a mid-paced masher into a thrashing bit of nastiness before it finishes. Added bonuses: a catchy, worm-infested melody; a super-heated guitar solo; and vocals that will raise the hairs on your arms.

Below I’ve got both the Bandcamp stream and a lyric video for “Wicked” that premiered this afternoon. 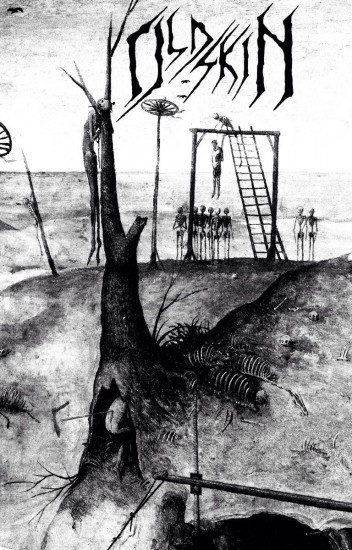 This next selection is an unusual one for me, and it’s also a personal embarrassment. It’s embarrassing because despite the fact that Old Skin are a Seattle band that I damn well should have known about (among other reasons, because they apparently include members of Anhedonist, Same-Sex Dictator, and Marrow), I had to find out about them through a comment by SurgicalBrute on a post that I wrote about a completely different Old Skin (who are from the UK and are also very good, but very different musically). And it’s unusual because at the moment I’m not sure you can even obtain their music — though I hope to hell that will change soon.

As far as I can tell, Old Skin have recorded only one 2013 demo, which they originally distributed on home-dubbed cassette tapes. It seems those went away fast, so they’ve made another small batch of tapes that will be available at their shows between now and year-end. There are also apparently plans in the works to do a professional pressing. But this, of course, is small comfort to people who would like a digital download or won’t be in Seattle for one of their shows or don’t own a tape recorder.

To understand why I’m suddenly so interested in this band, you can listen below to two tracks from the demo that are on Soundcloud (plus this link will take you to a download of a live Old Skin set performed in July 2012). This is absolutely top-shelf ghastliness — grinding/galloping, doom-drenched, ancient death metal devastation with the pungent aroma of the crypt hanging all over it. As putrid as you could possibly want. And out of nowhere, “Grand Union in the Depths” has vaulted into the higher echelons of the best songs in this vein that I’ve heard all year. 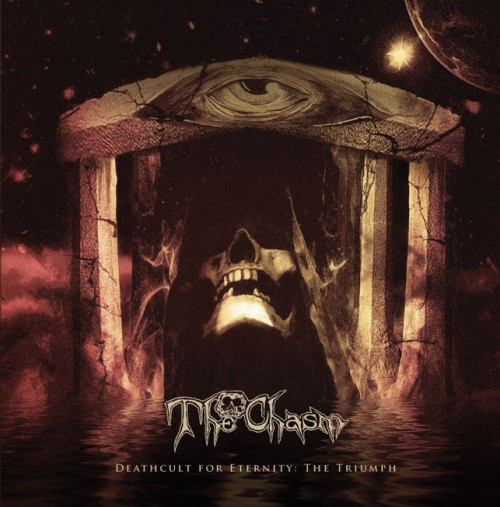 The Chasm are a death metal band who originally formed in Mexico in 1992 and then relocated to Chicago in the late 90s. Their third album, released in 1998, was entitled Deathcult For Eternity: The Triumph. The band’s vocalist/guitarist Daniel Corchado also runs a small record label named Luxinframundis, and I happened to notice that it re-issued a remastered version of Deathcult last month (with bonus tracks) in a limited run of 500 CDs (available here). I had never heard the album (and still haven’t heard all of it), but I did listen to one track this morning — “A Portal To Nowhere (2013)” — which is now streaming on Bandcamp along with the rest of the remastered album.

This seems to be one of the bonus songs — perhaps a re-recorded version of the same song that appears on the 1998 recording? It’s such a fine, dynamic, surprisingly rich piece of music. It beautifully meshes passionate, attention-grabbing guitar melodies with bestial vocals and a variety of shifting rhythms. Borrowing elements of death metal, black metal, and progressive metal, the song makes a big, positive impression. This is plainly an album worth exploring in depth. 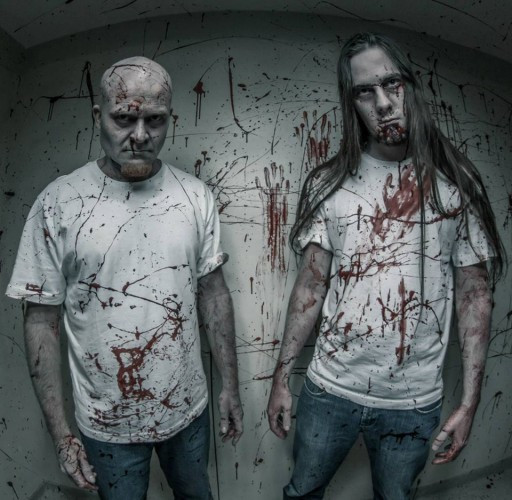 Gaped are an Australian band whose new EP Murderous Inception is scheduled for release on Friday the 13th of December 2013, by a Czech label named Lacerated Enemy Records. Gaped seem to be a two-man partnership, with all music written and performed by Ryan Huthnance (The Seer, ex-Mortal Sin) and lyrics written by Shane Watts (Nekrology, ex-Osmium Grid). What I heard last night was a song from the new album named “Realm Of Impurity”. It’s loaded with jabbing/stomping grooves but swims with sickly tremolo-picked melody, and it includes both a memorable guitar solo and satisfyingly voracious vocals.

And finally we come to Sartegos, which is the only band in this collection that I’ve written about before. They’re from Galicia in Spain and they have a 2013 EP entitled As Fontes Do Negrume (“The Origin Of Darkness”) that was recently released on CD by Bloody Productions and is now available on vinyl from I, Voidhanger. Last night I, Voidhanger began streaming another track from the EP that I recommend you check out below. This one is “Lostregos Sob As Tumbas”, and it’s another excellent example of the capability of these black/death plague carriers to deliver exotic melody and harrowing ferocity at the same time.