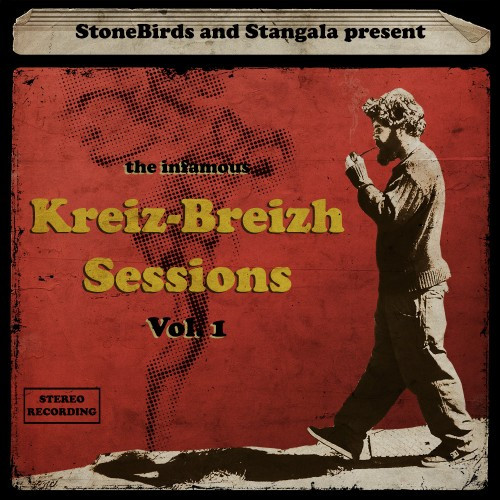 (With this post we welcome Comrade Aleks, a new guest contributor from Russia who writes prolifically for other sites under different names.)

It will be useful to remind our readers about the region located in the northwest of France, and of course I mean Brittany. It is a region washed by the English Channel from the north, the Bay of Biscay is located to the west, and look – there’s fairy forest Brocéliande right in the middle, with Carnac stones and ancient alleys of menhirs. Fucking informative and romantic! Glorious sons of forests and mushroom glades StoneBirds and Stangala did record a solid unit under the name “The sessions in central Brittany”. Turn on the music and you will hear that Stangala really demonstrates proximity to the Celtic culture. And what about StoneBirds?

StoneBirds are good in their own way, and they’re on top of their form now. The band’s first release Slow Fly did not surprise me; yes, it was a not-bad traditional stoner album with songs laden with fat and groove, not very original, but that’s not to say it was of secondary quality. The new stuff sounds more straightforward, heavier, dreary, and more restless. The men have switched to the dark side of the Power. Darth Vader approves, and I would not like to argue with him. 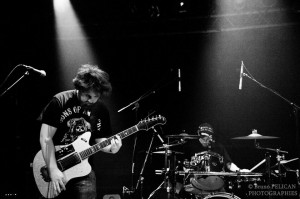 The songs breathe with the spirit of a dense haze from the far and unkind cosmos, with dim light that barely penetrates the thick clouds of oily smoke. Significant changes have happened since the first long-play was released. Some things from the first album can still be heard in the music (desert rock tunes for example), but in general, the tracks resonate more harshly, their compositions uncharacteristic for StoneBirds’ rawness and their angular and tangibly sludgy sound.

The album opens at the crossroads of blues and Southern rock with “Red Is The Sky”. The sacramental slogan “no mercy, take no prisoners” comes to mind in such cases and it’s the truth, and the men hold to the same principle as they lead the heavy tide of uncompromising riffs in “Game Over”. It’s a spectacular, absolutely doom-style track with tight, hypnotic, seasick rhythms and vibrations, with rough, drunken singing, and at the same time subtle guitar passages that can put a benchmark in the Paris Chamber of Weights and Measures. Regular listening of such tracks will make your beard thicker!

The next number, “Outro Drama”, plunges into the mud of heavy hallucinogenic delirium, ending with a phenomenal display of violence, with distorted guitars accompanied by hellish screams to mark its suffering. “Red Lights” sounds a little softer, but also painful, depressing… attractive. The balance of sludge and stoner is ideal, although keep in mind that my point of view could be very subjective.

And the last song that StoneBirds have prepared for this split – “Dark Passenger” – does not disappoint either. It has a little bit of everything from the previous tracks, but there’s enough room for its own individuality to shine. Thus, the first part of Kreiz-Breizh Sessions I consider a success. StoneBirds have their own charm.

If we start to compare Stangala’s new songs with those they played on their notable debut Boued Tousek Hag Traou Mat All, then we see that the new stuff sounds more complex, more original, and full of raw concentrated energy. Chief forest druid of Brittany Stephen le Mont says that most of the new texts talk mostly about anxiety, boredom, and melancholy – it’s a logical conclusion – and not deluded states of twisted masochistic pleasure, such subjects being closer, I think. to the concept of his post-black urban project Netra. 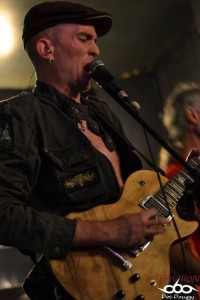 The first song of this set laid out on public display was the killing “Konk Kerne”; it functions as a transitional link between the past and future of the Stangala musical experience. The song has an unexpected black metal start, with a heart-rending scream and blast beats, yet in a few seconds it gives way to mid-tempo dissonant chords of amazing pagan doom. The drum section is tough and shocking, and the guitars sound psychedelic and dissonant, transforming the very body of the music into a strange hybrid of classic stoner doom with Breton folk tunes, accompanied by a saxophone solo. Pagan/black desperate cries change to depressive and melodic clean singing, followed by melancholic folk vocals to end the track. The combining of all the styles and all the instruments in one composition is impeccable, its integrity is not under question, nor is the uniqueness of Stangala’s innovative approach.

Let’s take the song “Kemper” as another example. It’s an incarnation of fuzz, groove, stoner vibes, saxophone again, and strange dreamy reveries on the verge of melancholy. I have a habit of complaining about the thankless task of the reviewer, but such startling discoveries fully redeem all my wasted time, rewarding me (and you) with pure boiling energy!

“Ar Stang” sets a new tone: strong, dynamic, and gloomy high-speed and progressive stoner prepares the groundwork for black metal attacks for a short time, separating the harmony of the composition with its crude dark energy.

“Evel ar re yen” has a cool chorus sung in two voices, low velocity, and a density of sound. It even reminds me a bit of In Extremo because of the keyboard arrangements at the beginning of the track, and similar arrangements pull the song in a retro direction in the middle of the composition. The surrounding guitar buzz and the focus on the fuzz can be called a new hallmark for Stangala.

Someone may remember the first album of these Bretons and ask about the hallucinogenic mushroom intoxication — where did it go? Its echoes are heard in the last track of this release — “St. Alar Et Les Algues Hallucinogenes”. This seven-minute jam’s gloomy trip, with lots of paranoid psychedelic keyboards, saxophone solos, and overall oppressive, heavy atmosphere closes the Kreiz-Breizh Session, leaving the listener confused and agreeably surprised.

Kreiz-Breizh Sessions became a good gift for me. Its content is fresh, catchy, and original – a rare combination. The CD is lovingly decorated, and the whole work is made with love and care. Both bands became darker, more matured and professional comparated to their previous works, and it’s difficult not to notice. The Sessions… turns out to be exciting, diverse, and at the same time a very serious album, so I hope that the release will bring both Stangala and StoneBirds a well-deserved fame, money, and gruppies.