We present Part 7 of our list of the year’s most infectious extreme metal songs. For more details about what this list is all about and how it was compiled, read the introductory post via this link. To see the selections that preceded the two I’m announcing today, click here.

Norway’s Blood Red Throne greeted 2013 with a new self-titled album featuring a new line-up of talent. Andy Synn summed it up as follows in his NCS review:

“Marrying the demented aggression of Cannibal Corpse to the teeth-grinding groove of Pantera at their most abrasive, shot through with touches of subtly complex guitar work a la Death at their most focussed and hostile, BRT’s seventh full-length album captures every aspect of their sound in microcosm, while also being their shortest, most refined, record since 2003’s Affiliated With The Suffering….

“…For all their extremity – and there are moments on this album where the mind-bending blast frenzy, the ravenous banshee howls, and the crushing meltdown riffage combine into an eruption of absolute face-melting extremity – Blood Red Throne are a band with real character. That, along with their monstrous, inhuman tightness (and unbelievable ability to consume alcohol) is their key strength.”

Andy’s reference to Cannibal Corpse and Pantera certainly holds true for “Primitive Killing Machine” — “its belligerent grinding rhythms [are] encased in concrete and lined with pure snake venom, before unveiling a serial-killer’s taste in malevolent melody and a warlike, suitably primitive vocal hook.” That vocal hook, those tremendously headbangable rhythms, and that insidious (and memorable) melody all combine to make this one of the most infectious (and malicious) songs of the year.

I wrote about the track when it first emerged: “It’s a merciless meat-grinder of a song, but as your head is pulled down into the teeth of the machine, it will be ringing with an exotic melody and banging happily away as it’s being pulverised and pulped.” Still true. 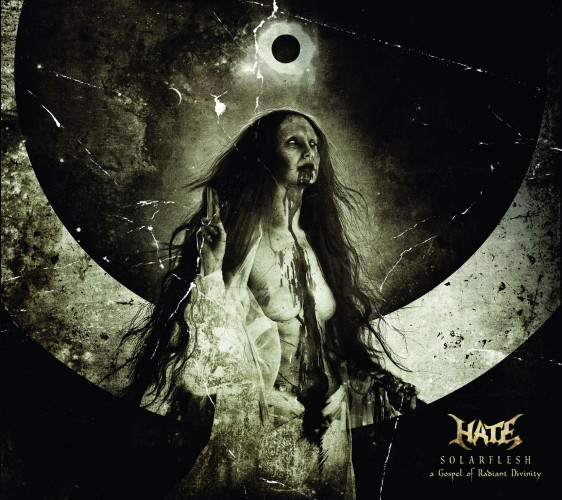 By coincidence, the album that’s the source of the next song — Solarflesh: A Gospel of Radiant Divinity by Poland’s Hate — was also reviewed for us by Andy Synn. I think it’s their finest album to date, and it appears Andy may have agreed: “Demonically precise, inhumanly focussed, mechanised and amplified, Solarflesh is a musical ritual made incarnate, captured with perfect and absolute clarity. Utterly crushing from start to finish, it could very well be the defining statement of Hate’s career, and is an absolute behemoth of an album in its own right…”

Solarflesh is the repository of multiple songs I considered for this list, but the one that exerted the strongest hold was “Alchemy of Blood”. To quote Andy again:

“Barbed and bristling with razor-sharp hooks, ‘Alchemy Of Blood’ develops from a neck-snapping, stuttering opening into a more demonic, haunting piece of tense melody and sudden, stabbing heaviness, whose torrent of rabid, guttural vocals is offset by the machine-like precision of the slicing guitar riffs and hammering drum work. Multiple searing solos break up the song’s almost unrelenting assault, adding colour and vibrancy to this tar-thick, blackened slab of desecration.”

Fantastic song… and the latest addition to this list:

14 Responses to “OUR LIST OF 2013’S MOST INFECTIOUS EXTREME METAL SONGS: PART 7”