Tribulation don’t go in for cheap tricks, but they sure do know how to get heads moving when the mood strikes them. In the “highly infectious” category, the two strongest contenders are “Wanderer In the Outer Darkness” and “When the Sky Is Black With Devils”. I picked the latter.

You might be fooled by the introduction — it’s dreamy. But when the main body of the song begins, you’ll be bulldozed by a ripping, rumbling, rocking assault of hybridized black and death metal that eventually goes off in unexpected (and almost avant-garde) directions.  The riffing is infectious as all hell, and the song includes a riveting guitar solo and an entrancing reprise of the introductory passage at the end, with distantly chiming guitars and head-nodding bass. Utterly vicious vocals, too.

“The perfect blend of Black Metal and Southern badassery”. That’s what Glorior Belli themselves say about their music — but fuck, when you’re right, you’re right, and they’re right.

BadWolf reviewed their 2013 album Gators Rumble, Chaos Unfurls here, and made the point that although the band’s mixture of black metal and deep-fried blues rock could come off as gimmicky, Glorior Belli have proven themselves to be anything but a gimmick. Black metal purists may still sneer, but all I want to do is smile and move to the music.

Billy Bayou has proven that he’s got a talent for cooking up tasty hooks, and they’re strewn through this album in abundance. But for my money the sludgy, swampy squall of “Ain’t No Pit Deep Enough” is the most infectious, even though it takes its time kicking into high gear. For my money, it’s also the song that most seamlessly integrates the black and the blues. 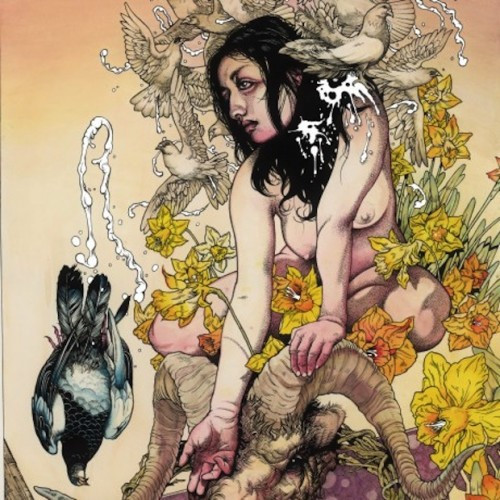 The next song I’m adding to the list comes from yet another album reviewed (and praised) by our man BadWolf — Meir, by Norway’s Kvelertak. Ironically, the song from Meir that I consider one of the year’s most infectious is one that he didn’t mention in his review. It’s not “Bruane Brenn”, it’s not “Evig Vandrar” — though those songs were both strong candidates — it’s the album’s closing track, “Kvelertak”.

Apart from the fact that it’s as good a joining of classic hard rock (Thin Lizzy-style) and metal as Kvelertak have yet accomplished, it feels timeless, and it’s just flat-out irresistible. And goddamn, that guitar solo….