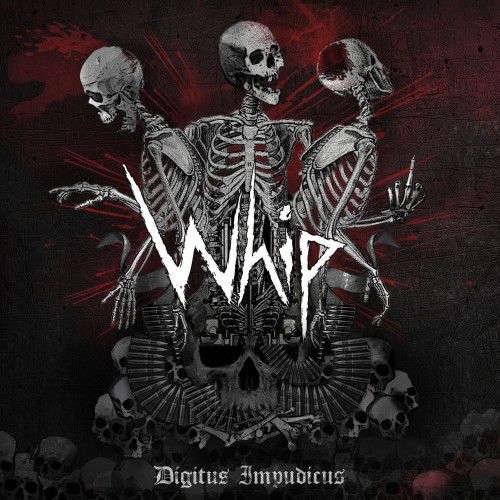 I’m writing about this album for five reasons.

FIRST:  This Norwegian band’s name is Whip. Not too long ago I wrote a post about the importance of band names. I included the opinion that the best metal band names are generally one-word names — though it sometimes seems that all the really good ones have been taken. And then I found out about Whip. That’s a fuckin’ great one-word name.

SECOND: The album is named Digitus Impudicus. Not being a Latin scholar, I ran that name through a Google search and discovered (via The Font of All Human Knowledge) that it means the “shameless, indecent or offensive finger” — you know, the middle one sticking straight up. I had no idea that giving someone the finger is a practice that dated back to ancient times, but so it is. That’s a fuckin’ great name for a metal album.

THIRD: This album was released by Polypus Records, which turns out to be an artist-owned label (started by Whip’s vocalist/guitarist Jens “Sturt” Johansen and some friends) that’s affiliated with an association of 11 bands named Bjølsebubben Kulturforening; the bands share rehearsal space and a common recording studio located in an old factory building in Oslo. As Sturt explained in an interview, the decision was made “that we have to take control of our music as the music business is out drunk-cruising between icebergs.” 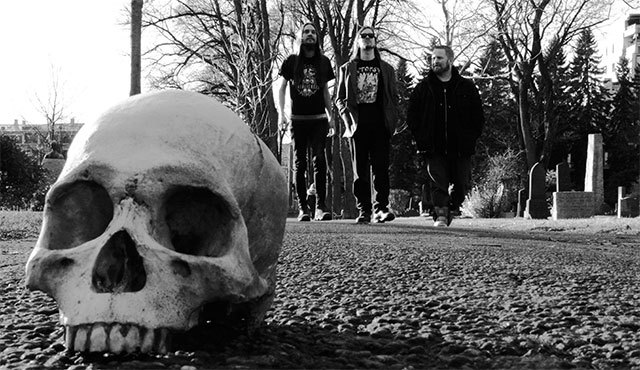 FOURTH: I really like the album cover, which was created by Russian artist Ksenia Astera. Truth be told, the album cover is what first attracted me to this album, and led to my discovery of all the other reasons why I’m now writing this review.

And there you have it!

No, wait a minute, there’s one more reason. I said there were five reasons. Give me a minute. It will come back to me.

Whip have heated up a bubbling cauldron of diverse ingredients that combine to make a very poisonous but very tasty stew. In the mix you can hear elements of d-beat punk, grindcore, black thrash, and drunk-in-the-gutter rock ‘n’ roll. The songs fly by like bullets aimed at your head in a way that’s reminiscent of a grind album, despite the fact that the songs aren’t the kind of hyper-abbreviated blasts you often find in grind. They’re fast and furious, energized by skin-flaying riffs, booming grooves, lead-melting solos, and vocals that shriek, snarl, and sometimes sound like someone vomiting up chunks of smoking lung. Listening is like having a high-voltage power line shoved straight up your bunghole.

Okay, I don’t know if that last paragraph gives you all the detailed information you may require for an accurate appreciation of the album. You can make further inferences from the song titles, which include such gems as “Demon Rum”, “The Great Sadistic Feasting”, “Razor-fucked”, “Family Massacre”, and “Terrorsatan”. The name “Terrorsatan” was the second thing, after the album art, that convinced me I needed to give this a listen. How can you resist a name like “Terrorsatan”?

So, to sum up, in the immortal words of Jerry Casale, whip it good.

Additional facts: Whip have some deep roots. Sturt (also in Troll, Blindfisted, Nattefrost, and Attentat) started the band in 1998, although the line-up that recorded this album includes members of more recent vintage: Mr. Fister (Kai Åsvik) (also in Virus, Blindfisted, and Enthral) on vocals and bass, and Hellkikk (Kikken Vegsund) (also in Livstid and Hell Hell Hell) on drums.

Vinyl copies of the album are being distributed by Duplicate Records, and it’s also available via Polypus and on Bandcamp (the links are below, along with a full-album stream).