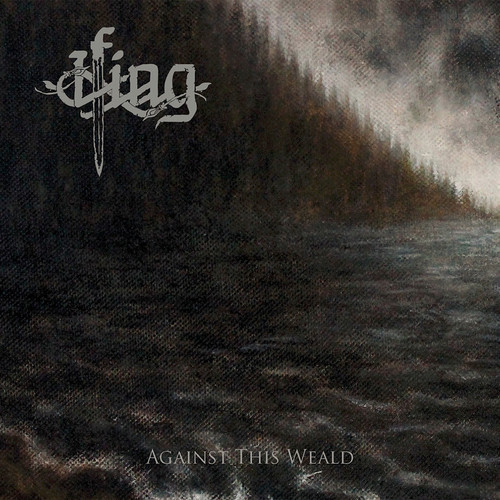 They have recorded a debut album entitled Against the Weald, and it’s scheduled for release by the excellent Finnish label Blood Music on May 6.  Yesterday Terrorizer premiered a song from the album named “The Stream”. At more than 13 minutes in length, “The Stream” takes up almost half of Against This Weald‘s running time. I still thought it was too short.

Ifing are so adept at crafting epic folk-influenced melodies and translating them in such varied ways over the course of the song that it is ridiculously easy to be carried away. The song is so variable, ranging from rippling tremolo-picked storms and blasting drums to lilting flute melodies and acoustic strumming, from harsh, flesh-scouring shrieks and solemn chants to effective clean singing. Ifing have paid attention to detail and layered the music in ways that make it richly textured as well as viscerally compelling. The production quality on the song is also just perfect for this kind of music.

This anthemic song inspires thoughts of Windir, Summoning, Moonsorrow, and Burzum, among others, and I’m very high on it. Blood Music plans to release the album on digipack CD (1,000 copies) and a limited run of 300 vinyl LPs, with 200 on silver and 100 on ebony; it can be ordered via the Blood Music link below. “The Stream” comes after these links: 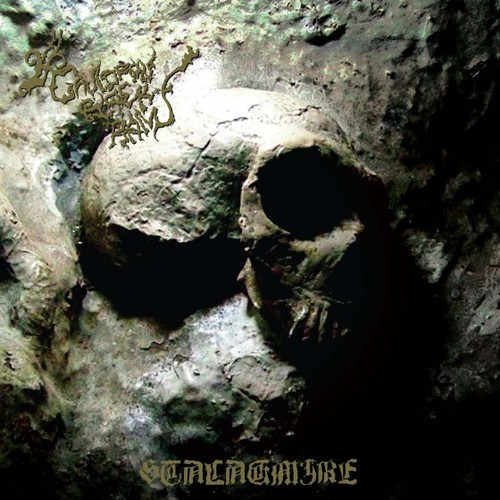 Like many metal writers, I overuse the adjective “old school”. Standing along, it’s vague, because there are many old schools — for example, black metal, death metal, thrash, and perhaps even more primordial, the kind of extreme music that spawned all of those as distinct genres. Australia’s Cauldron Black Ram have studied at all those old schools. They play pirate-themed metal — but not the kind of cheesy music that you may now be contemplating.

Their third full-length Stalagmire is scheduled for release by 20 Buck Spin on April 1 in NorthAm (April 4 in Europe). Recently CVLT Nation premiered a song from the album named “Fork Through Pitch”. It’s a riff-driven blast furnace. It heats the riffs and throws them at you in a molten stream, and the needling guitar leads are molten, too. The slamming rhythms that rear their head in the song also sound like the hammering of girders in a steel mill. Only the vocals sound like something not made by man. The song is dynamic as hell, and catchy as hell, too.

To quote SurgicalBrute, who recommended the band to me, this is “dirty blackened death through and through”. Check it out: 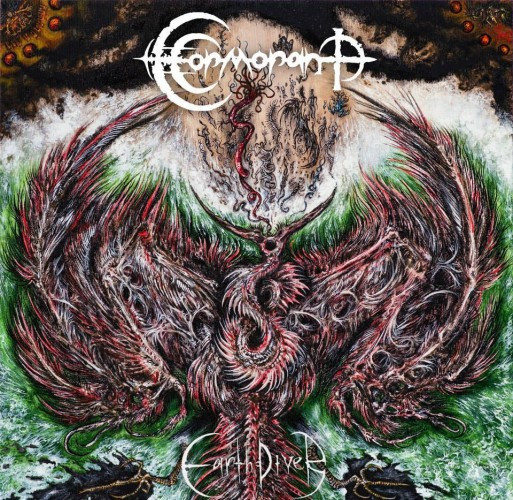 Last fall I reported that the post-Arthur-von-Nagel Cormorant had recorded a new album named Earth Diver, with new bassist/vocalist Marcus Luscombe. I’ve been very anxious to hear what the new music sounds like, but other than the advance stream of “Waking Sleep”, which I discussed at the same time, I haven’t yet heard more. I remain anxious.

Yesterday the band revealed the cover art for the album (above), which I think is quite cool. The artist is Sam Ford of Wizard Rifle, who has created covers for other bands such as Black Cobra, Witch Mountain, Occultation, and Atriarch. This piece will be part of a 4-panel presentation that includes further custom artwork from Sam Ford. The band also stated that the album “will continue to explore the black metal and doom influences found on Dwellings.”

The album will be released in April. Bring it on.

The last time I wrote about Warpstone was in January, after hearing three of the songs from their forthcoming album, Into the Phantasmancer Celestial Castle. Based on the comments, people really seemed to enjoy the music as much as I did. So I thought it was worth reporting that Warpstone is now streaming the entire album on Bandcamp, and I’m including the full-album stream below.

Warpstone have a crowd-funding campaign in progress to raise money for making CD versions of the album. To contribute, go here. People who pledge 5 Euro or more will receive a download code for a digital copy of the album upon successful completion of the funding campaign. There are 14 days left, and there is still some distance left to cover before reaching the funding goal, so please check it out via the first link below and consider contributing.