The tour is scheduled to begin on May 15 in Wisconsin and to conclude on June 14 in Illinois. Abigail Williams’ main man Sorceron told us he’s excited to be hitting the road again with the band’s long-time brothers in Lecherous Nocturne, “and getting out there to show people some new songs.”

Speaking of new songs, Sorceron plans to enter the studio in advance of this tour to record a new AW album that should see release by Candlelight Records this coming August or September, and this tour will give fans a chance to hear some of the new tracks live. (I had the chance to hear the band perform a couple of them in Seattle not long ago, and they’re outstanding.)

Now here’s a bigger version of the tour flyer with all the dates and places that have been lined up so far (this is an updated schedule and is current as of April 25): 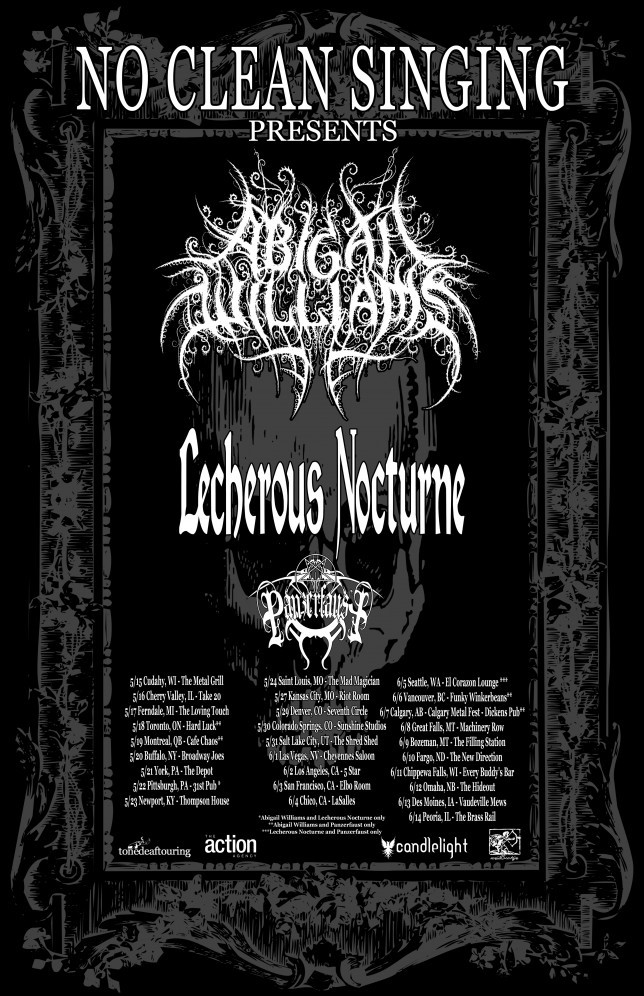