I’ve mentioned this album before, but to recap, it has been described as “an instrumental, experimental companion” to the band’s 2011 album Celestial Lineage and as “a deeper excursion into the crystalline synthesizer-driven domains that have long intrigued them.” Here’s the track list:

While I’m on the subject of WITTR, I should report that they also plan to mount a July West Coast tour in support of Celestite. This is the current schedule: 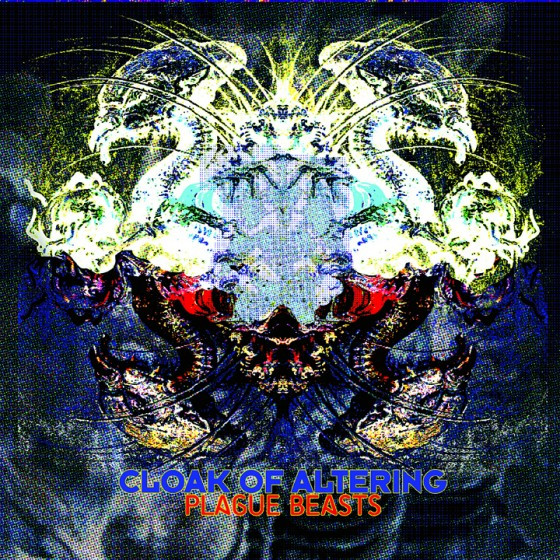 The last time I wrote about Cloak of Altering was in November 2012, which happened to be the time when I first discovered this project of Dutch musician Mories (Gnaw Their Tongues, De Magia Veterum). Somehow I overlooked the fact that Cloak of Altering had prepared a new album — Plague Beasts — and that it would be released on April 29 by Crucial Blast.

I found out about this signal event via a message from NCS supporter Utmu, who had come across the premiere of a song from the album named “Chaos Magician of the Abyss”. I listened to the song and promptly decided to include it in one of these round-ups. And then I fucked up and didn’t do it — and then yesterday the entire album became available for streaming and purchase on Bandcamp.

I haven’t yet listened to the album, but fuck it, I’m going to feature that “Chaos Magician” song anyway and explore the album at a later date. The song brought what I hoped and expected it would bring, based upon my previous experience with this project — something powerful and original.

It’s a combination of utterly merciless destructive blasting, howling whirlwinds of noise, scathing shrieks — and huge waves of melody that heave, ripple, and shimmer. The music strafes, it floats, it hammers with unrestrained violence, it pulses like the adrenalized heart of a leviathan. It’s a riotous integration of raw industrial black metal, dark electronica, ambient atmospherics, and many megawatts of energy. It’s great.

Here’s the song, and I’m including the Bandcamp album stream below that.

Following a 2005 debut EP (Purifying Consecrated Ground), a debut album in 2008 (Graves of the Archangels), and a 2008 split with Hatefall, this death metal band from Athens, Greece, are finally releasing their second album. Entitled Promulgation of the Fall, it will be released on CD May 5 by Martyrdoom Productions everywhere but North America, with Profound Lore handling NorthAm distribution beginning May 27. A vinyl release is planned in late May by Norma Evangelium Diaboli.

I haven’t heard all of the band’s previous work, but from what I have heard, I’m really interested in this album. Here’s the strange thing: Despite the fact that Martyrdoom is going to start shipping the CD on Monday and Profound Lore will get in the game three weeks later, I’ve received no press releases about the album, I’ve seen no reviews, and no advance tracks are streaming anywhere. Needless to say, I haven’t received an advance copy of the songs for review purposes (though I’ve ordered the CD via Bandcamp). All I’ve found is the teaser below. It’s a good tease.

8 Responses to “SEEN AND HEARD: WOLVES IN THE THRONE ROOM, CLOAK OF ALTERING, DEAD CONGREGATION”