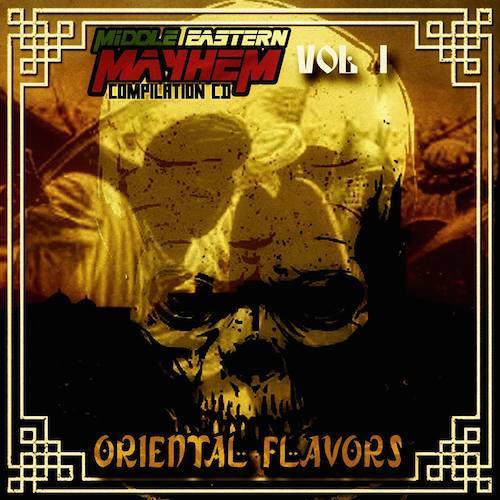 For those who may be unaware of Misantrof ANTIRecords, it’s a nonprofit organization headed by Daniel Vrangsinn of Carpathian Forest that among other things distributes music for free download, allowing the artists to keep all rights to their own music. Misantrof’s latest release is Oriental Flavors, a free compilation of songs by 19 metal bands from countries across the Middle East. The comp was assembled in collaboration with Middle Eastern Mayhem and Mohareb Records, and it’s also available from Misantrof as a limited 2-CD set for fans who prefer a physical format.

Making extreme metal and getting it noticed is a challenge almost everywhere, but as Vrangsinn observes in his introduction to Oriental Flavors, doing that in certain parts of the Islamic world can be downright dangerous to the welfare of the bands. But as this comp demonstrates, metal lives and grows in even the most inhospitable places.

The music is described by Misantrof as a mix of black metal, death metal, thrash, “and other kinds of lovely extreme metal from extreme people, for extreme people!” Of the bands on the comp, I was previously familiar with only one — Tunisia’s Barzakh, who were included in a series on North African metal that I wrote almost four years ago (here).

I only discovered the existence of Oriental Flavors this morning (it has just been released), so I haven’t had a chance to listen to all of it yet. But I have taken the liberty of uploading three tracks to our Soundcloud so I can stream them for you here, as a sample.

The first track is “Faith of Disbelief”, atmospheric black metal from Syria’s Laxsid. The second song is “Execute” by Pyrocist from Dubai, in the United Arab Emirates; it’s melodic death metal. And the third is Barzakh’s track, “Rissala”. As you’ll hear, it’s an Exception to our Rule, but Ghassèn has quite a strong singing voice and the song is a good one (if not as extreme as the first two samples). I’m digging all three of these, and you can hear them at the bottom of this post.

The full track list is below, along with relevant links; all the music can be streamed at Misantrof. If you like what you hear, consider donating to Misantrof through the PayPal link you’ll see at the site.