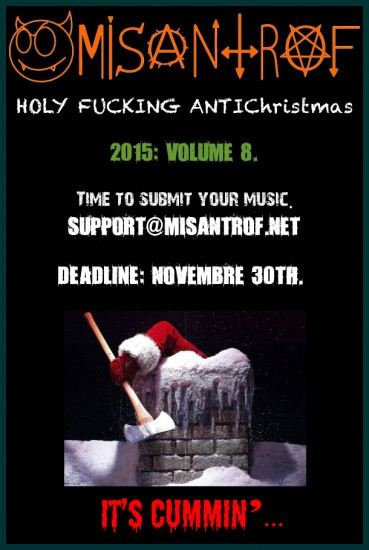 Don’t get me wrong — although Christmas holds no spiritual significance to me, there are many things about the holiday season that bring back fond memories. There are more things that make me want to puke — such as the advancement of Christmas music and advertising so that they now begin before Thanksgiving (at least here in the U.S.).

On the other hand, ANTIChristmas must begin now, because planning is necessary, even though there is no money to be made on this venture. END_OF_DOCUMENT_TOKEN_TO_BE_REPLACED For those who may be unaware of Misantrof ANTIRecords, it’s a nonprofit organization headed by Daniel Vrangsinn of Carpathian Forest that among other things distributes music for free download, allowing the artists to keep all rights to their own music. Misantrof’s latest release is Oriental Flavors, a free compilation of songs by 19 metal bands from countries across the Middle East. The comp was assembled in collaboration with Middle Eastern Mayhem and Mohareb Records, and it’s also available from Misantrof as a limited 2-CD set for fans who prefer a physical format.

Making extreme metal and getting it noticed is a challenge almost everywhere, but as Vrangsinn observes in his introduction to Oriental Flavors, doing that in certain parts of the Islamic world can be downright dangerous to the welfare of the bands. But as this comp demonstrates, metal lives and grows in even the most inhospitable places.

The music is described by Misantrof as a mix of black metal, death metal, thrash, “and other kinds of lovely extreme metal from extreme people, for extreme people!” Of the bands on the comp, I was previously familiar with only one — Tunisia’s Barzakh, who were included in a series on North African metal that I wrote almost four years ago (here).

I only discovered the existence of Oriental Flavors this morning (it has just been released), so I haven’t had a chance to listen to all of it yet. But I have taken the liberty of uploading three tracks to our Soundcloud so I can stream them for you here, as a sample. END_OF_DOCUMENT_TOKEN_TO_BE_REPLACED 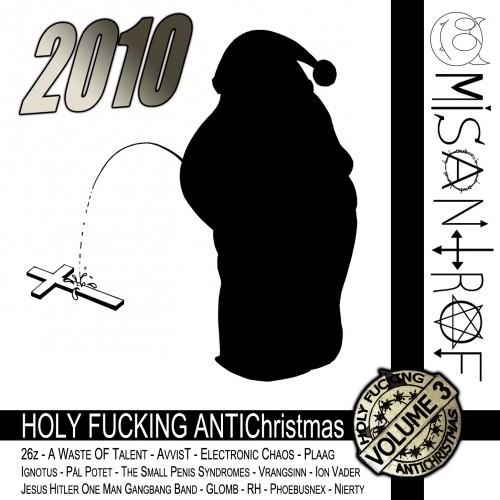 It’s really late on a Saturday night. I just got home from an Agalloch concert, which was close to a life-changing experience. And I just saw an e-mail from that most awesome publicist Patricia Thomas about a compilation that’s just too perfect not to jump on. Because it’s late and I’m wasted, I’m just going to print Patricia’s release verbatim (while vouching for Misantrof based on personal experience). Enjoy.

“Carrying on the tradition that it started in 2008, Norway’s “anti” Label, Misantrof, has, for the third year, released its “anti” Christmas compilation.  Titled Holy Fucking ANTIChristmas Volume III,  the album takes an irreverent poke at what Christmas has become.  This year’s compilation contains 15 tracks, of varying genres, all loosely based on the various facets of Christmas, and which have either been newly written and recorded, or adapted, especially for album.

“Like all Misantrof releases the 15-track Holy Fucking ANTIChristmas Volume III is available for free download, together with cover art and information about the bands involved, at http://antichristmas2010.misantrof.net/ (more after the jump . . .) END_OF_DOCUMENT_TOKEN_TO_BE_REPLACED