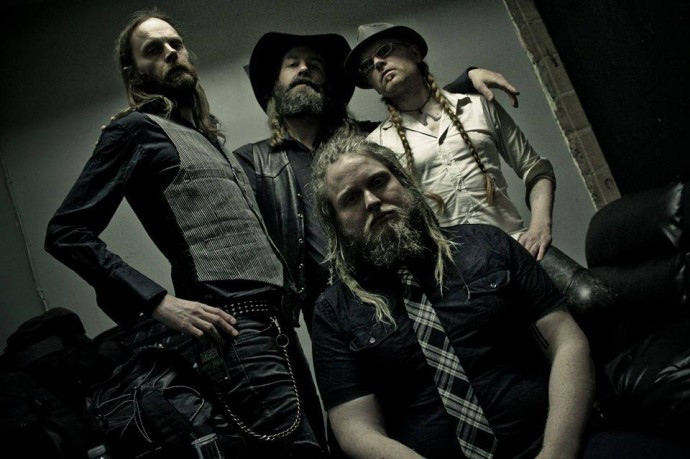 Just last week, Iceland’s Sólstafir absolutely floored me (and hundreds of other fans) with their performance at the 12th  edition of Maryland Deathfest. Hot on the heels of that trump, Season of Mist has just announced that the band will be releasing a new album named Ótta on August 29 in Europe and September 2 in North America.

According to the press release, “As the name suggests, Ótta will include eight songs, which titles will be unveiled later in June.” Pre-orders will start at the SoM e-shop (here) on June 10.

And that’s about all I have to say about that.  I have to go now and change my shorts.

5 Responses to “A NEW SÓLSTAFIR ALBUM COMING IN AUGUST”