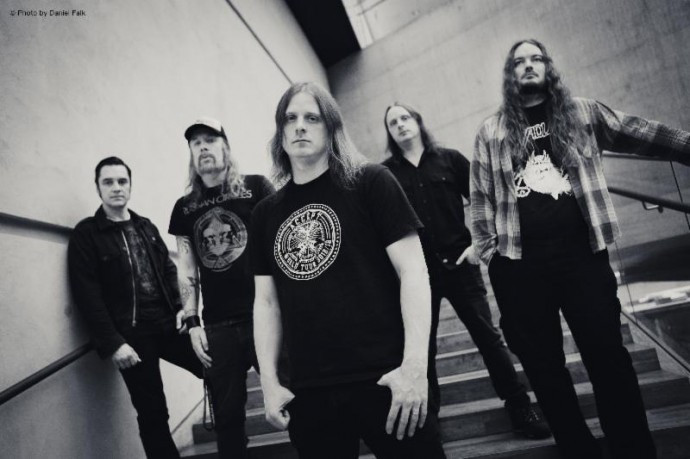 I just saw a press release from Century Media in the NCS in-box that elevated by pulse rate: It announces that the seminal Swedish melodic death metal band At the Gates have completed pre-production work and are now ready to begin recording their new album, At War With Reality.

The album will be recorded by the same line-up who recorded Slaughter of the Soul (1995), and studio updates are expected either later this month or in July. The album is projected for release in October or November of this year. After the jump, you can watch a brief video message from vocalist Tomas Lindberg providing further details about the upcoming recording sessions.

To be honest, this is an enterprise seemingly fraught with peril. On the one hand, after having seen this band perform twice in recent years, including at MDF XII, I could hardly be more excited to hear new songs from them. On the other hand, how can they top themselves — or even equal the massive impact their existing albums produced, given the passage of so much time?

I guess the answer to that question is, they can’t. It’s just not possible. But they can give us excellent new music, and if they succeed in doing that, it will be enough.

4 Responses to ““AT WAR WITH REALITY”: AT THE GATES TO BEGIN RECORDING THEIR NEW ALBUM”